One of the weirder side effects of capitalism is that industries, companies, and even individuals will act as if their words, deeds, products, and brands exist in a vacuum, neatly cordoned off from everything else. I say “weirder” not to downplay the material, measurable harm that any side effect of capitalism is guaranteed to inflict, but to draw attention to how off-putting this particular side effect can be once it brushes up against the context of current events.

This brings us to Ubisoft Forward, a remarkable example of how not to do a presentation for your entertainment products in The Nightmare Year of 2020. Ubisoft didn’t have a great start, as multiple senior executives were confirmed to have resigned early this morning in the wake of sexual misconduct allegations. Ubisoft’s presentation was pre-recorded, and they put up some black text on a white background explaining an excuse for why this “big internal change” wasn’t going to be addressed in the presentation. However, they had a whole host of people streaming themselves playing Trackmania for nearly an entire hour prior to the presentation starting. How hard would it have been to get a spokesperson or someone in a leadership position on the stream, stop the gameplay, and provide that explanation with a human element? The mind turns to all manner of technical, procedural, and schedule limitations that could have prevented something like that, but I’m not about to start making excuses on a company’s behalf, especially after what Ubisoft put front and center for most of the presentation.

Things started off strong enough with light showcases of promising indie titles like Curious Expedition 2, Spiritfarer, and Surgeon Simulator 2. Nothing surprising or impressive to be sure, but not disappointing either. But none of these games were even acquired by Ubisoft until very late in their development. The first Curious Expedition and Surgeon Simulator games were even self-published.

There was an embarrassing section about Mythic Quest: Raven’s Banquet, which is a show about making a fake video game… which they’ve then decided to turn into a real video game. Fuck it, sure. Then they spent a solid 5 minutes talking about The Division 2 community’s odd fascination with in-game rubber ducks, with a dev talking about the deep lore and storytelling that goes into placing two ducks on a bench kissing. It reminded me of Fallout 4’s easter egg teddy bears which you could find doing things like sitting on a toilet with a newspaper, and as if Ubisoft itself read my mind, they revealed that they have teddy bears in The Division 2 now for players to find.

Trials Rising is bringing back THE GIGATRACK. This was the highlight of Ubisoft Forward as far as I’m concerned, and I’ve never played a Trials game in my life. But when you say your game has THE GIGATRACK, you’ve got my attention, even if you opened up your Trials Rising segment with yet another awkward attempt at making a social distancing joke for a brand.

Ghost Recon Breakpoint is adding a potentially cool feature – AI controlled companions for players to use in lieu of human teammates. They are fully customizable, from their attire and weaponry to their gender and skin tone (from what the footage displayed, at least.) It’ll be interesting to see how robust the AI really is once they’re implemented, but I hope it’s enough so that people can make cool custom squads, like fellow site contributor Chris’ desire to make an all-lesbian fireteam. 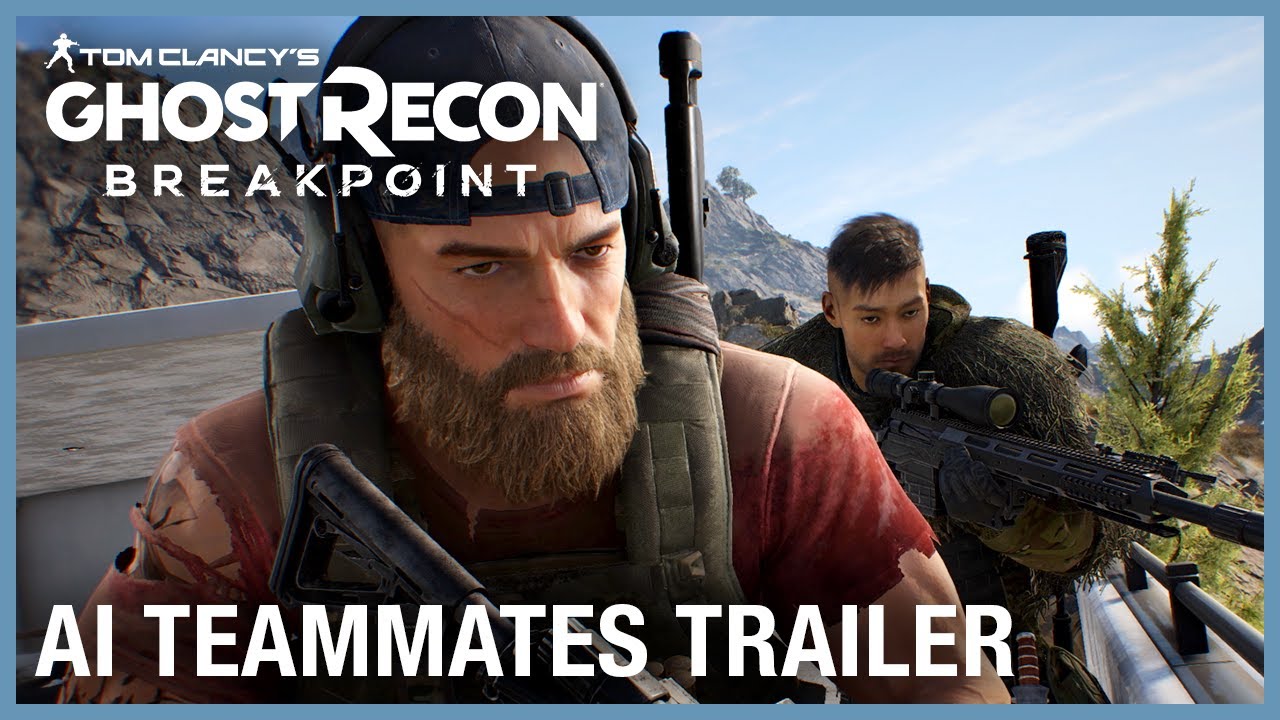 Now we get to the “real” part of the presentation. Watch Dogs: Legion is a game that should’ve come out in another timeline where a civil uprising at the hands of an overreaching, all-seeing militarized police state doesn’t hit so close to home. Because in this timeline, it comes across as commodifying and co-opting those feelings of revolution for the purposes of profit and entertainment, particularly when the narrator literally quotes Niemöller’s “First they came …” prose during the flashy, not-actual-gameplay sequence. All of the assumed pop and style of civil disobedience in the digital age, with the flair and explosiveness of near-future cyberpunk aesthetics, all commercially packaged and sold to consumers so you can, in the game’s words, “Reclaim Your Future.” Look, I recognize that this game was in development long before current events unfolded, but you can still read the room and acknowledge that maybe now would be a bad time to market this game. If Watch Dogs: Legion existed in that vacuum I mentioned earlier, I’d be interested. But put in the context it actually exists within? I can’t say I’m impressed.

Hyper Scape doesn’t have the same image problem as Watch Dogs: Legion, unless you find “being a de facto Ready Player One battle royale game” to be an image problem. I’ve never been interested in the genre myself, and even though Hyper Scape has some appealing character designs, it’s not enough for me to take the plunge. They showed off a feature wherein Twitch.tv spectators can vote to dynamically change the state of the game at specific points in a match, like lowering the gravity, which seems like it’ll be neat at first but then get old rather quickly. I feel like the iron was hot for battle royale games 3 years ago, but Apex Legends proved me wrong last year, so at the very least I hope Hyper Scape can find some ground to stand on. 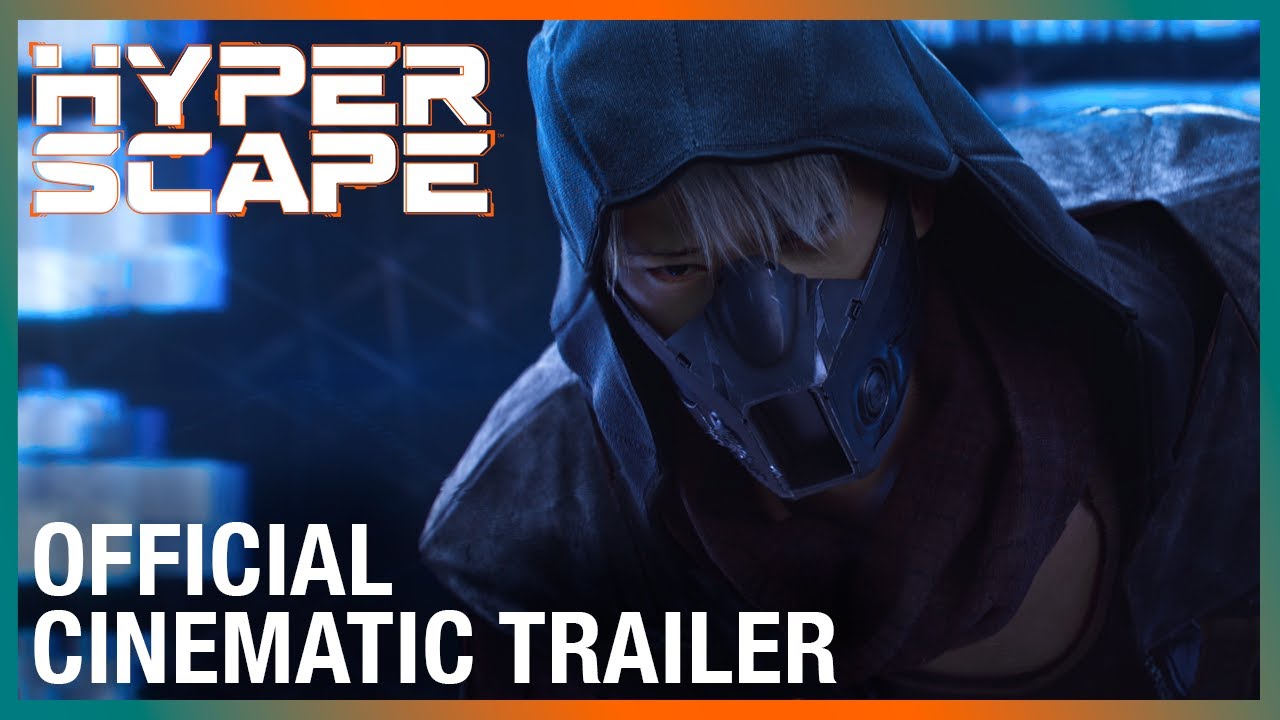 I’ve spent a month and a half of this year replaying all of the Assassin’s Creed games. I got all the way up to Assassin’s Creed: Rogue and then stopped, which was the point I had jumped off the franchise after the infamous launch of Assassin’s Creed: Unity. I do plan on diving back into Unity, as well as playing through the three games released after it that I’ve never touched, but I can’t say I’m all that thrilled about Assassin’s Creed: Valhalla. We sure are getting a lot of viking and viking-adjacent games lately. I wonder how many C-suite executives took months-long holiday trips to Scandinavia, came back to the office, and said “we need to make a viking game holy shit.” That’s pure conjecture on my part, but at any rate Valhalla seems fine. It doesn’t look recognizably “AssCreed” in the way I know, but the games have moved far beyond the humble beginnings of Assassin’s Creed I, so that’s to be expected. They confirmed that you can attack with two shields, which seems to have its own moveset, so that’s promising. Playing as a shieldmaiden with two shields? Sign me up.

Ubisoft Forward ended with Far Cry 6, which was leaked earlier this week. Again, it feels like they failed to read the room on this one as they rolled a scene of Giancarlo Esposito’s character, dictator Antón Castillo, walking and monologuing to his son, who spends the entire scene holding a live grenade in his hands which Castillo gave him just before pulling out the firing pin. Images of rebellion, protestors attacking and being attacked by riot cops, signs denouncing fascism, and graffitied tanks and buildings flash as Castillo grooms his son to become the next El Presidente. It’s a tense scene, punctuated by Esposito’s great performance, but it’s undermined by the context surrounding it. These images aren’t just ones we see from fictional Carribean islands for our game where you shoot a bunch of bad guys – we’ve seen and continue to see them from cities across the world.

"Someday you will be El Presidente… they will hate you Diego. Everything you say, do, believe… will be wrong."

Far Cry 6 doesn’t glorify these scenes like Watch Dogs: Legion; there is nothing but tension and strife here. However, it’s still leveraging them for a product, and it still paints them with a colorful vignette to turn them into a spectacle. This, in a time and context where people are struggling and fighting and mobilizing for themselves and each other, makes the whole thing seem backwards, not forwards.

Neither of these big games were created as a response to the ongoing struggles for civil rights seen today. They are products of hundreds of people who have worked for months and months. I don’t blame the development teams who couldn’t possibly have foreseen what a complete shitshow this year would be. I blame whoever decided that now was the right time to showcase these particular games in the manner they were shown in Ubisoft Forward. Observed in a vacuum, they would be intriguing, engaging, and exciting. Taken in context, they make Ubisoft look vacuous.

Spencer is a skeleton from Florida's B-side, currently skulking around Washington state, and he always plays the thief in games.