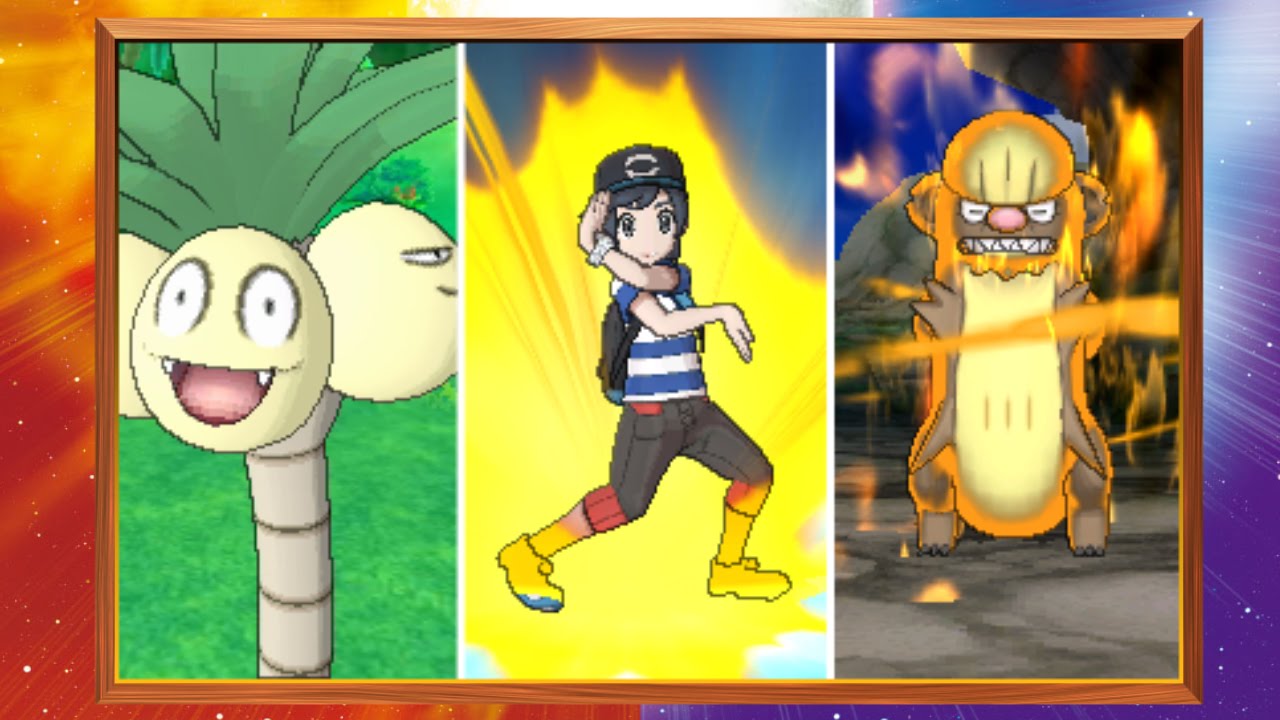 This morning, the official Pokémon youtube channel put out a trailer detailing a bunch of new gameplay features for their upcoming titles, Pokémon Sun and Pokémon Moon. What nobody was prepared for was the bombshell of new things never before seen in a Pokémon title.

First off, different versions of older Pokémon appearing in different regions is not a new concept in Pokémon games. What is new is that they’re taking this as an opportunity to update preexisting Pokémon for earlier generations with different forms that have different properties, like entirely different move pools and typesets. Exeggutor’s new form not only ditches the Psychic type it had in favor of Dragon type, but it also gets a very very long neck. Not only that, but Vulpix and Sandshrew, along with their evolutions Ninetails and Sandslash, now have Ice forms. These new forms also seem indicative of the types of environments you’ll most likely encounter while playing the game.

Aside from older Pokémon getting new versions, some of the newer ones shown off in the trailer have a lot more character to them. Oricorio is a dancing bird type Pokémon that not only has unique types based on it’s origin, but also has unique animations as well. It does a different dance while using a move based on it’s island of origin. Minior looks like a generic rock type Pokémon, but after taking a large amount of damage, it’s rocky shell will fall off to reveal a juicy center. A handful of other new Pokémon were shown, but these two in particular show that they’re trying to bring more originality to individual Pokémon.

A beautiful boy too pure for this world.

Making a return from Pokémon X and Pokémon Y is the ability to ride Pokémon. Now it seems as if the feature has been updated from a couple sections where you can ride a Rhyhorn around at a snails pace, it looks more like you can use a wider array of Pokémon to traverse in different ways. Surfing around on a water type Pokémon’s back is nothing new at all, but riding around on your own horse on land is really promising. Not just because it would be fun to ride a Rapidash, but because it’s encouraging more use of Pokémon outside of battle and the occasional HMs in the main world. That’s something I personally have wanted to see in a Pokémon game for the longest time.

The trailer shows off another new feature called The Island Challenge. It seems like a set of NPC quest givers that offer more to do around the world, but they make sure to let you know it’s considered a rite of passage. Normally something like this wouldn’t really be that groundbreaking, but it does bring to question the state of gyms in Sun and Moon. These games have almost felt held back by the gym formula for years now, and positioning this as a possible replacement would be breaking new ground in the series. It’s really heartening to see more experimental stuff in Pokémon games.

Z-Moves include special poses that make you really feel like you love anime.

Another inclusion in Sun and Moon are Totem Pokémon. These look like boss battles of just regular, normal pokemon, but beefed up with the ability to summon allies to their aid. Whether they have other abilities like increased stats or special moves that would be impossible to obtain otherwise remains to be seen, but the prospect of running into wild boss Pokémon that aren’t just legendaries is really new and exciting for the series.

Finally is the addition of Z-Moves, ultra powered moves that are activated by your trainer doing poses you’d find straight out of JoJo’s Bizarre Adventure. This is a really clever way of showing that your trainer is bonding with your Pokémon, working together to activate special super powered moves. The animations for the poses seems really varied and cool, and it’ll be cool to see what other silly poses they include.

Pokémon Sun and Pokémon Moon are set to release this fall, November 18th.