The video games are at it again, folks. They don’t stop. Ever encroaching helplessness of bits and boops are coming and they will not yield. It is our responsibility to say “yes, I accept you games.” We can’t stop them. Dare we even try? All we can do is rate the ten best ones in sequential order. Let us conduct the ritual, but first, I would like to give a shout out to Tacoma which barely didn’t make this list. I’m sorry, Tacoma, that you were so close to avoiding sacrifice.

While the single player mode didn’t grab me hard enough to finish it, the multiplayer of For Honor is exceptionally good. Some modes get weighed down by bad map design or gameplay that encourages unfairly teaming up on individual players, but the moment-to-moment multiplayer combat in this game is some of the most fun I’ve had this year. It’s a shame that such fun combat got weighed down by an extra pricey season pass that excluded people from new content which the multiplayer sorely needed to stay fresh, poorly conceived microtransactions, and a convoluted faction system that never really felt like my investment in any one clan meant anything meaningful. Still, I found a lot of fun in grabbing a friend or two, hopping into 1v1 duels, and just having a few fights.

10. Legend of Zelda: Breath of the Wild

The latest incarnation of the Zelda series twists the standard conventions of open world games to make something wholly unique within its franchise and in 2017. Emergent gameplay allows you to solve problems through such a large variety of solutions that it’s not uncommon to feel like the experiences you had were unique to you and nobody else. Before I picked up the game for myself, I had heard that the final boss becomes easier the further you play to the point of triviality, and I wish other people heard this too before hopping into it. It allowed me to tailor my experience to my play style in a way that was totally effective. I collected the bare minimum of hearts needed to acquire The Master Sword and only completed two of the game’s four main dungeons, which led to a really satisfying 4 stage final boss battle where I found myself using up all my weapons and items. It was a lot of fun and I highly recommend you play the game this way. I haven’t gone back since beating it, but I’m honestly considering it with the new DLC and especially Master Mode.

Due to it’s late December launch, The Last Guardian didn’t really get a lot of attention during Game of the Year coverage in 2016, and the coverage it did get were mainly focused on how the game doesn’t really control too well at parts. While this seems like a really strange statement to make about a game that has been in development hell for a decade, The Last Guardian clearly needed a little more time in the oven. However, that didn’t stop me from totally loving this game. It understands what it means to be a pet owner and all the heartbreaking moments that come with it. There are scenes in this game I legitimately cried at from being able to empathize with the struggles Trico and The Boy which is where it’s at its most affecting. It’s a game with highs and lows, but its highs absolutely outweigh its lows and I highly recommend sticking through it if you haven’t already played it.

I had the biggest, goofiest grin on my face while playing through Sonic Mania in its entirety. The early Sonic games were some of my favorite platformers growing up, so much so that I went out of my way to replay them years later. Mania manages to recapture the feel of those games flawlessly, while also updating that pixelated style with some more modern design ethos. Mania understands what Sonic fans are looking for in a game and it’s hard to say much more about it other than it’s fun. It’s fun! It’s a colorful tip-to-toe thrill ride that I left with a smile.

It’s really easy to see this game and write it off as another cheap, free horror game. I feel like this game is a masterwork in breaking down the visual novel genre and it’s standard conventions in order to manipulate players towards a destined path of misery and psychological horror. While it may not seem like it at first, every single inch of this game is meticulously crafted to make you fit the shoes of the player character, only to cut those legs out from under you and leave you completely disarmed. I love this game, and if you have a Steam account, there’s no reason for you not to play it (unless you’re sensitive to disturbing imagery or just aren’t really a big fan of horror, which totally makes sense).

The menu music of PUBG is so burned into my brain that it being changed for the upcoming final release leaves me sad. Thankfully this video will serve me well to put me in the ASMR like trance I need to focus on finishing this list. 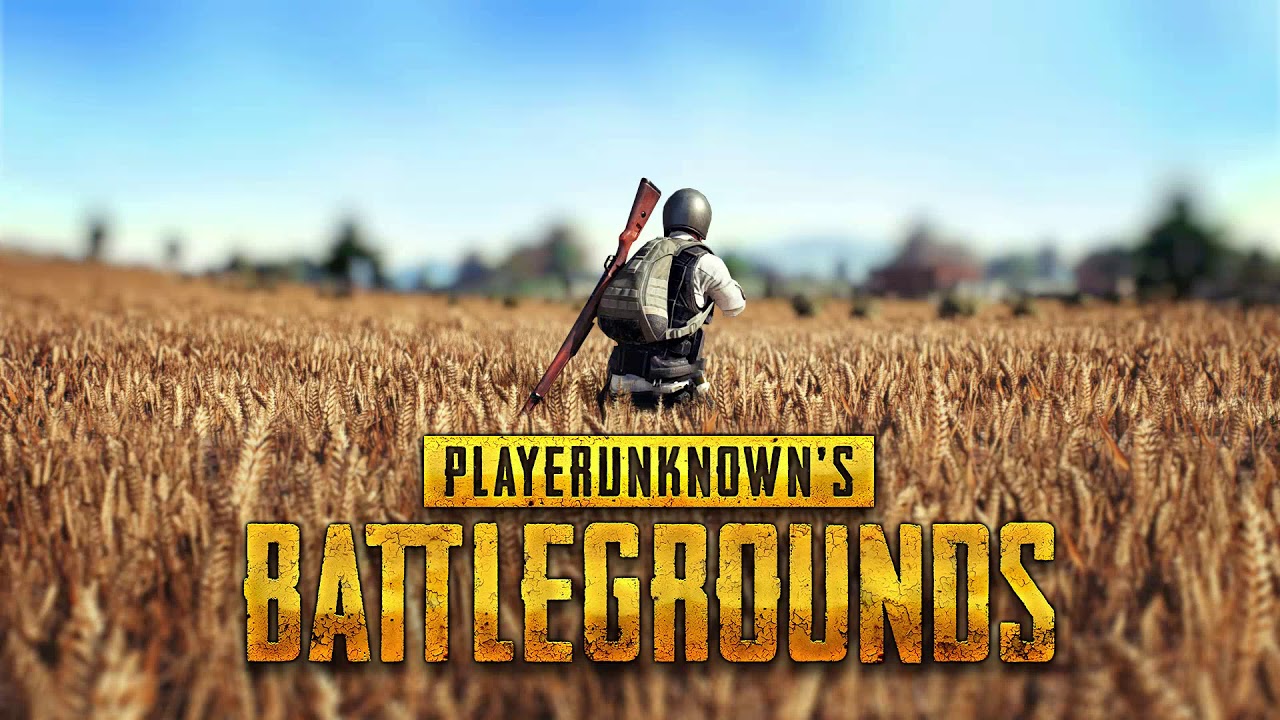 PUBG is the asymmetrical Battle Royale style loot collecting game with arcane controls that I knew I wanted in my life but didn’t know existed. I know other stuff is out there. It’s not out there for me, though. Some of the greatest moments 2017 came from grouping up with some good buddies, getting lost in the wild, barely scraping together to survive until we eventually became the winner winners of some delicious chicken dinners. Hopefully they employ some Final Fantasy XV style food tech to simulate the most delicious chicken dinners imaginable in upcoming updates.

Play this game. Play this game! Absolver manages to make over-the-shoulder 3D fighting with other players super fun. Absolver carries a lot of the same ethos with For Honor and while For Honor’s trappings held it back from being something good, Absolver’s always online open world is amazing and more games can learn from how it handles player interaction. You can try and troll players by getting into fights with them at random, but then a revive system after combat that shows you physically helping them up to their feet helps facilitate that the fights are just in good fun. Getting surrounded by a group of guys goes from scary to incredible when some random player you’ve never met before rushes in, goes back to back with you, and helps you fight them off, before leaving, never to be seen again. This game also has what For Honor did right as well, which is a mode that just allows you to hop into 1 on 1 matchmaking with other players or friends without any of the extra frills on the side. It’s an extremely good game that more people should play. Come fight me.

The ability to pick up and play Puyo Puyo Tetris whenever I want on the Nintendo Switch makes this game one of my absolute favorites of the year. While it’s certainly not a new game by any stretch, it’s first localized launch in the US is my first experience with it and I had nothing but fun. There are so many different game modes with extra menus that have even more game modes that it feels like a bunch of designers got in a room, asked “how can we combine Puyo Pop and Tetris into one game?” and came back with a bunch of different designs that all got included. Being able to just play a round of Tetris whenever I feel my brain ready to shut off and keep me focused has been such a huge boon in my life. This game rules and it’s a must own for any Switch owner.

Not knowing anything about previous games in the Nier/Drakengard timeline, some of the major references in Nier were totally lost on me. That said, Nier still managed to hit close to home with a lot of ideas of grief, loss, legacy, and letting go. I felt a mechanical significance to the endgame choice of helping those in need by letting go of your memories or by holding onto them just a little while longer until you felt comfortable letting them leave forever. Not many games manage to be that emotionally resonant through mechanics alone, while Nier’s handling of that idea is totally superb. Nier is dense and asks a lot of questions about your relationship towards games, and to loved ones, drawing a synonymous line through the two. I’ve lost a lot of people in my life, a lot that I’ve loved and many I straight up hated, and Nier reflected those feelings back at me in a way that truly understood like they’d really felt the same in ways no other game I’ve played has.

2. Night In The Woods

I think everyone growing up as a twenty-something in 2017 can identify with something, big or small, in Night In The Woods. This game handles character writing and personal moments very effectively, and it puts to words a lot of deep emotions and ideas that many people simply can’t. The heartbreak of only having a best “available” friend, the existential terror of an encroaching conservatism that threatens your very existence, the value we place in others after our lives have been filled with nothing but terror. Night in the Woods attempts to tackle these ideas not only head on, but with a smile and a sense of humor that lets you know that uncertainty is normal. Night in the Woods is comfort in nightmarish times, a striking condemnation of capitalist America that so many of us live in, and the albatrosses around our necks.

This is probably gonna sound a little hollow after how deeply resonant games like NitW and NieR:Automata have been for me in 2017, but Nioh is truly the game I had the most fun with all year. Many people reductively refer to it as Samurai Dark Souls, but it’s much more than that. It’s an alternate history story about Irish-born English sailor William Adams’ quest to save his ghost girlfriend from an extremely goth twink Edward Kelley as he treks around Sengoku Era Japan and fights loving recreations of the Yokai of Japanese mythology. The game is steeped with a lot of creative irony, as the very first level takes place in the Tower of London, utilizing the medieval aesthetic to effectively subvert your expectations of playing a samurai game and place you right into another Dark Souls for its first mission. It’s also got a great sense of humor that is completely unexpected to people conditioned by Souls-like games. There are several cutscenes in the beginning of the game where William, who only speaks English throughout the game, is surrounded by Japanese people speaking Japanese, and thus just says absolutely nothing. It’s really easy to interpret William as just plain not understanding what anyone is saying and being completely confused all the time, and once the game sets that expectation in your head, the rest of the cutscenes that follow that same methodology become a joy to watch. Nioh is such a fun game with a lot there, and even in a year full of big games with long stories and huge open worlds, I can still go back to Nioh and have a good time.