Final Fantasy XIVs getting its big ol’ regularly scheduled dump of content called Patch 4.2 in a little over a week, and just like every other patch, there’s a lot to love and a lot to look at in complete confusion and/or frustration. 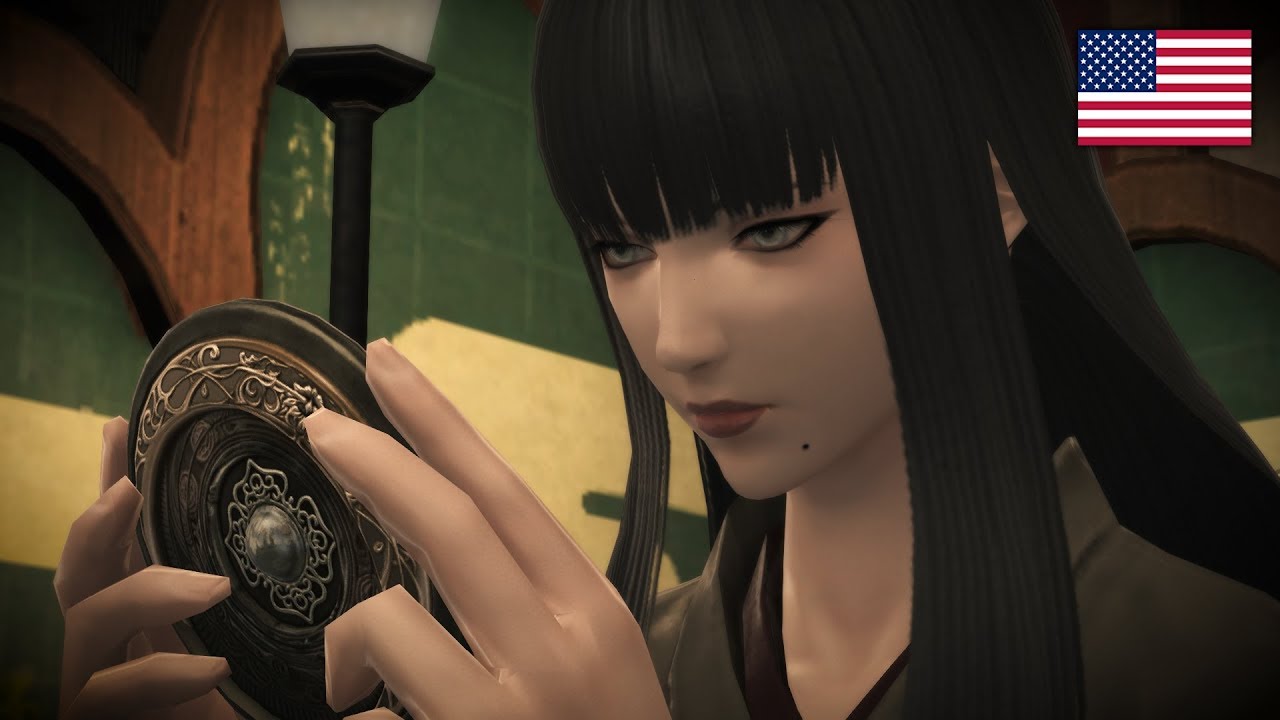 Rise of a New Sun is the second major patch for the Stormblood expansion, which means that since it’s so early on in the expansion’s life-cycle, it’s a pretty good indicator of where the game is going to go and how it’s going to play over the next year or so. Since I’m what they call an FFXIV expert around these parts, I figured instead of just a simple run down I’d go over all the major new content coming, and talk about how I think it’ll end up being via genius deduction and reasoning.

Since the first tier of the Omega raid was based off of Final Fantasy V I guess it should’ve been a lot more obvious that the next tier would be based off of Final Fantasy VI since that’s how numbers work. While there isn’t much to go off of yet (Square Enix likes to keep the exact mechanics of raids secret because of course), the raid will include fights with the infamous Doom Train, the boobish Chadarnook, and of course that weird god clown Kefka.

While I was initially kind of bummed out, mostly because Final Fantasy XIV has such a ridiculous amount of references to Final Fantasy VI compared to any other Final Fantasy, I then remembered Final Fantasy VI is a good ass game so all was well. It will be interesting to see how they end up doing the Kefka fight though, especially since they used up VI’s Warring Triad who make up 3/4ths of Kefka’s final boss fight in the last expansion and cemented their storyline pretty firmly in the lore. It’ll be even more fascinating to see how they manage to differentiate the Normal and Savage modes of the fight, since last tier’s Exdeath had the easy cop out of having a ridiculous super version baked in to pull from.

In terms of how this raid will end up being it’s really tough to say without getting my hands on it; the first tier was probably the easiest and most accessible raid tier the game has ever seen, so I’m interested to see whether that difficulty stays the same, or if it ends up spiking up like the second raid tier of every expansion has. The only thing I’m a little bit concerned about is the way that a couple of the fights in the trailer end up looking, mostly because of how the game handles the raid lockout system. Sure, running across Doom Train and fighting a bunch of ghosts in and around it sounds exciting in theory, but when you’re forced to do it every week before bashing your head up against the next fight because of how the lockout system works? I’m not sure I’ll be a fan.

Regardless of caution I’m super pumped to hear the FFXIV rendition of Kefka’s absurdist 10+ minute theme because that’s gonna be good as hell.

Dungeons are dungeons and at least this time there are two of them, but instead of doing some weird nuanced editorial bit about how I think that there should be two dungeons every patch again like there used to (especially since they haven’t added any new content that makes up for it), I’m going to rate all of the bosses from each dungeon based on appearance.

I gotta say that after having been announced over a year ago, originally intended for a much earlier release, and still having only the bare minimum details around it, I’m a little worried about Eureka. As of right now we only know a few things about the new replacement for the traditional Relic Weapon grind system, and there’s so many things we don’t.

WHAT WE DON’T KNOW:

I’m really not sure what to make out of this information, but I’m trying to lean towards hopeful? Things like the elemental system sound really neat, especially since it’s been neglected in the game for so long; but the way everything seems to just be about fighting big monsters makes me worried we get a repeat of some of the worst content in the game, The Diadem. I’ve been waiting for Eureka as an esteemed relic weapon collector since it was announced back in 2016, and I’m still sitting here waiting and wondering whether I should be excited, or prepping myself for disappointment.

There was a lot of information about all three of these things but they’re decently small talking points so I figured just barrel through them all at once.

For housing I’m on board with pretty much all of the promised changes. It’s good to see that more housing wards are being added bringing a gross of 1440 new houses to each server, and I’m mostly glad that they’re removing the ability to sell off a housing plot at an insane mark up to other players. I’m super duper happy that they’re killing the hellish capitalist dream of owning infinite houses by restricting house ownership to one personal and one Free Company house per server per account, which thankfully means those dudes over on Mateus are getting fucked.

I am a bit worried about the restrictions on housing at launch, but in the same breath I am thankful they’re moving house ownership over to being a Free Company-centric thing, especially since standard players can just go and buy an apartment on their own anyways. I’ll have to wait and see how this all ends up panning out but as a wealthy in-game player I am very glad that Square Enix is sticking it to people like me who love to just hoard everything for themselves.

Short and sweet, they’re not adding any more crafting sets to the game after last patch and my god thank christ. Final Fantasy XIV has a really fun and interesting crafting system compared to most games, but it’s always ended up feeling like a drag when you have to repeat a lot of really dreary processes to make yourself an outfit that lets you make the stuff that matters. Thankfully you can just one and done this shit now and be set for the next year and I’m extremely thankful.

There wasn’t really any new news but I’m still very excited to see what the new overhaul to the glamour system ends up being… like two patches from now. The way the system looks as-is is totally fine and I’m really excited to finally be able to access the same five outfits I always wear without grabbing them from a retainer, and I’m especially thankful that I’ll finally be able to have different outfits for Black Mage and Summoner since there are so many outfits that end up becoming mismatched because of class restrictions. The one thing I didn’t expect and think is a really fun addition to the game is the Glamour Rater who has a set outfit theme each week that you can go and try to dress up for in return for some good old fake gold saucer bucks. Also god damn the sweater they’re adding looks good? It looks good.

I mean there’s always stuff that’s not really in any specific category that I can talk about and discuss, so let’s just go with that now.

Byakko is the new primal who is based off of the famous Asian mythology surrounding the White Tiger but thankfully the big tiger turns into a ripped muscle man we fight! Yay!

That’s about it, as usual Byakko will give good weapons to help with beating the Sigmascape raid so if you’re gonna do that you should probably do this.

Normally I’d just say “Thank God I don’t have to be in Ala Mhigo where they try to make me believe a man can be killed after getting hit by three pebbles” but this is a special occasion since I get to go home and be with my beautiful wife Yugiri and my handsome husband Hien.

I’m excited to see what happens in the Doma storyline, especially since it seems to be focused around how a nation who just kicked out their oppressive dictators deal with those same oppressive dictators trying to form alliances and partnerships with them. It’ll be interesting to see where they go with this and how the character arc of Gosetsu will end up panning out since he’s now weirdly tied to fascist steppy lady Yotsuyu for better or worse.

They went on record as saying they’re going to be doing nothing to affect the current class meta and are actually simultaneously reinforcing it so I’m a bit disappointed. It’s really sad that it’s gonna be like the fourth year of the best tank being Warrior, but I was actually shocked when they said they were going to buff the class. It’s times like these where I really look up to the sky and wonder what version of Final Fantasy XIV the developers are playing, and how can I get involved.

There is at least a silver lining in the promised buffs to Black Mage. Black Mage will always have a special place in my heart as the first job I ever leveled way back in the olden days of FFXIV, and watching it fall behind so direly in Stormblood was getting to be a bit of a bummer. The changes they’re making should help quite a bit; since Black Mage’s main problem is timing and damage, having more time and more damage is basically the best possible solution.

So yeah, excited for Black Mage, still staring at my dusty Dark Knight sword with tears in my eyes.

I’m hopelessly in love with Final Fantasy XIV and I’m super excited for this patch like I would be any other. There are a couple things I didn’t talk about, like Bard’s music playing action being overhauled with a musical piano UI and a bunch of fun new instruments, and even more inventory space with the addition of Chocobo saddlebags, but they weren’t exactly zingers to discuss. FFXIV‘s patches are stacked, and I’m excited to play through all of this new content with my friends in a little over a week.

For now, I leave you with this new mount.