The Pokemon Sword and Shield direct has just concluded, and boy, have things become bulbous.

This time around, Sword and Shield‘s main gimmick is “Dynamaxing,” the ability to make your Pokemon grow kaiju-size for three turns and boost their power. Your opponents can do the same, but only once per battle, so you’ll have to either get in front of your opponent’s use of it, time it just right, or ride theirs out and then sweep your opponent afterwards.

Between cities and smaller routes are a new form of routes called “wild areas.” These zones will have Pokemon wandering around freely like in Let’s Go!, and you can fully control the camera there. Different Pokemon will appear based on the time of day and the weather, and you can also find holes that you can jump into for co-op raid battles against Dynamaxed Pokemon.

Gym battles are more dynamic, being broadcast in-universe on television and being held in stadiums. The first gym leader was also revealed, Milo, a scary muscle baby man with no nose.

Other people were introduced, such as the champion Leon, your rival Hop (HIS NAME IS HOP WHAT IS WRONG WITH YOU GAME FREAK,) and the Professor, Magnolia, alongside her granddaughter and assistant Sonia.

Lastly, two wolves called Zacian and Zamazenta, the titular “sword” and “shield” respectively, were shown. They’re the cover legendaries, and their reveal came with the announcement that the games will launch November 15th worldwide.

To see everything in action, the Direct is available below! 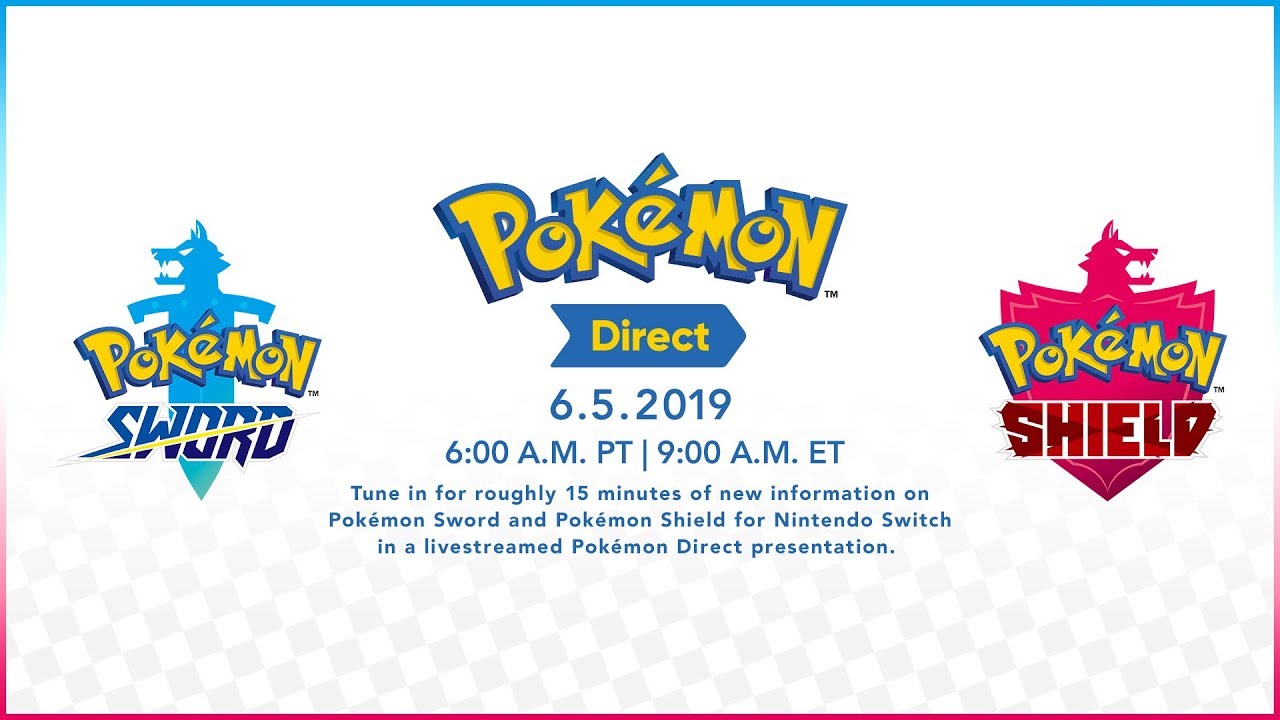