November 25, 2016 | by John
Pokémon Moon Version Review
Fly Me To The Moon
Summary: The latest Pokemon generation isn't without flaws, but its quality of life upgrades and enrapturing story push it beyond its predecessors.

I’m so very glad Pokémon took a year off in 2015. Most annual game series end up being rushed to meet deadlines, undermining the potential quality a little polish could bring. Sure, Pokémon has never dipped below passable, but Pokémon Sun and Moon have proven that given just a bit more time, Pokémon can evolve beyond its origins and produce a new classic in the franchise. Sun and Moon finally build upon the Pokémon formula in a way that will wow both longtime fans and skeptics alike. With an enjoyable story that blows previous games’ “fight the gyms and evil team” fluff out of the water, and the most interesting world to explore yet. (Note: I personally played through Moon, which differs in a few catchable Pokémon and a twelve hour time difference than Sun, which stays true to your current 3DS clock’s time. Otherwise, it’s the same game, so pick based on that!)

Sun and Moon is a fantastically paced game, at least once you get out of the tutorial. The beginning’s requisite Nintendo tutorial leads to a briskly paced game that carts you across each of Alola’s four islands in swift fashion. You constantly swap between island challenges, the game’s refreshing replacement for gyms, and fending off the hilarious antics of the antagonistic Team Skull. Island challenges are usually minigames that blend battles and exploration. They then culminate in Totem Pokemon battles, fights against buffed Pokémon and their subordinates, such as the fight against a super-powered Ghost-type Pokemon in the back of a supermarket. Once you clear each island’s challenges, you go against the Kahuna, the island’s most elite trainer.

You’re told where to go by the map on your bottom screen, but you can of course explore the area around you, collecting Pokémon and items at your leisure. It’s incredibly refreshing to not be inundated with battle after battle, even if the island trials are a bit basic in premise. The brief moments of respite add up and make the game feel more welcoming than previous entries. When you clear a challenge, you get a Z-crystal, which boosts a Pokémon’s attack into a super-move variant. These can be a bit cheap, but reigning it in a bit, they can only be used once per battle.

Rose already pointed this out in her own article, but one big downside to the game is the Alolan variants. In theory, changing the typing and movepool of first generation Pokémon is a genius idea. Unfortunately, many of these Pokémon don’t learn moves that correspond to their new typing until late-game. An Alolan Dugtrio I had in my party from beginning to end only knew two Steel-type moves the entire time I used it, but of course, its Steel typing became a liability against the usually easy to kill Fire types I’d run into. There are a few Alolan variants that don’t run into this issue, such as Ninetales, but this is a bothersome oversight.

Luckily, the completely new Pokémon added to this game are almost all amazing, especially the adorable disguised ghost Mimikyu and Drampa, which is a dragon that’s also a grandpa! This generation is also a high point for Legendaries, with the Tapus and Ultra Beasts all having interesting abilities and unique designs. I’m very glad I got to use all six party slots in this game, as HMs have been removed in favor of Ride Pokémon that do the work for you. You can call up a Tauros to break rocks, a Machamp to push boulders, or a Lapras to surf. The days of “HM slaves” taking up a spot in your party are gone, which is a gigantic relief.

I love these clowns.

Team Skull deserves to be recognized. The standard evil team has become so stale after years of talking a big game and attacking you with Poochyenas and Zubats. Sun and Moon decided to embrace the bungling nature of their villains and made them lovable oafs. Guzma, their leader, is a highlight, squatting next to his Pokemon in a tracksuit like a Slavic meme. You end up caring about them in a weird way because of how obvious their “evil” is masking a lack of confidence, empathizing and thinking that maybe we all need to be told that we’re worth a damn here and there. Another standout character is Lillie, a girl who travels in parallel to you with her partner Cosmog. Getting her to come out of her shell feels organic, and she’s easy to become attached to as she becomes more comfortable with the world around her.

The most notably rancid elements of the game are the online functions. Instead of X/Y’s easy to use capabilities that were swiftly accessible on the bottom 3DS screen, Sun and Moon introduces the Festival Plaza, a physical area that you teleport to in order to talk to random people and potentially interact with them. Honestly, I have no idea what the fresh hell is going on in that area. You can talk to shopkeepers in the Plaza, but most of the time they told me they were closed. It’s extremely difficult to connect to specific players over the Internet, scrolling through lists of random names instead of clicking on your friends’ faces. It’s so incredibly complex and annoying for zero reason and it’s the worst thing Game Freak could’ve possibly done in this regard. Most of the items you’d usually get from the Battle Frontier in previous games are locked behind this, which just adds to the frustration. Just writing about it here made me angry. 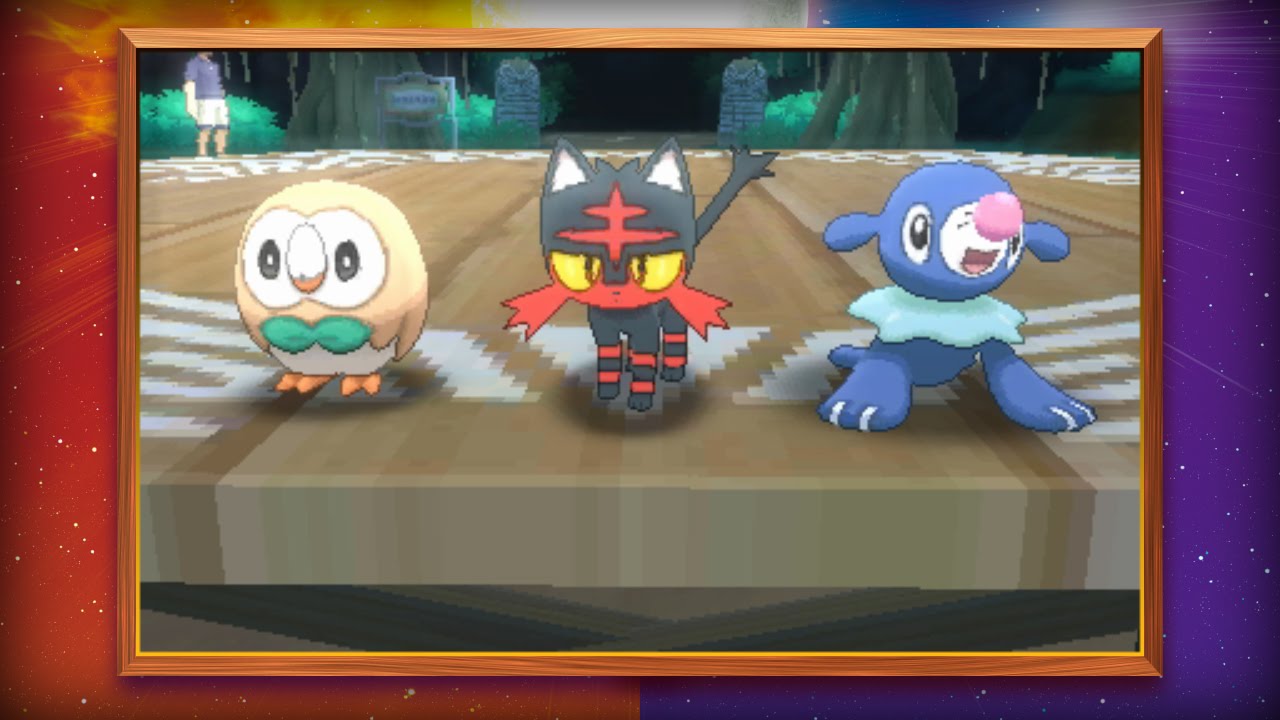 Screwing up the online menus is a very Nintendo thing to do, but what makes it confusing is how well Game Freak tightened up the rest of the game’s menus. Battling is streamlined, with notifications informing you on stat changes and attack effectiveness. These small quality of life upgrades add up as time goes on, and even as a Pokémon expert I felt good not having to check Bulbapedia whenever I had a lapse in memory. Everything in the game is friendlier than previous games, with everything from the characters to your Rotom-possessed Pokedex rooting for you to succeed.

Sun and Moon, despite the flaws, is a new standard in quality for the Pokémon series. With charming characters, useful and fun Pokémon, and a sprawling, interesting landscape peppered with unique challenges, this generation will hopefully lead the way to even better games down the road. But for now, Sun and Moon are fantastic games that anyone even slightly interested in Pokémon should check out.