August 21, 2018 | by Solon
Lucah: Born of a Dream Review
All Killer, Almost No Filler
Summary: With intense amounts of charisma and style, Lucah: BOAD uses all of the contemporary tricks in video games to impress. And despite a few missteps, this marks an incredible beginning of a young designer's legacy.

Lucah: Born of a Dream is an intoxicating game. You fall into a post-apocalyptic world of unknown consequence and repetitive cycles. It’s hard to describe, but to crassly sum the story up, those damned Catholics are trying to resurrect the Messiah to purge the world of all sin and humanity again. We, the player character, are trapped in a cycle of the resurrection of the  messiah, death, and rebirth, and are searching for a way out. Meanwhile, Christian, the pastor’s son and our rival, is skeptical of the resurrection of the Messiah and is convinced that the only way out is to destroy us. 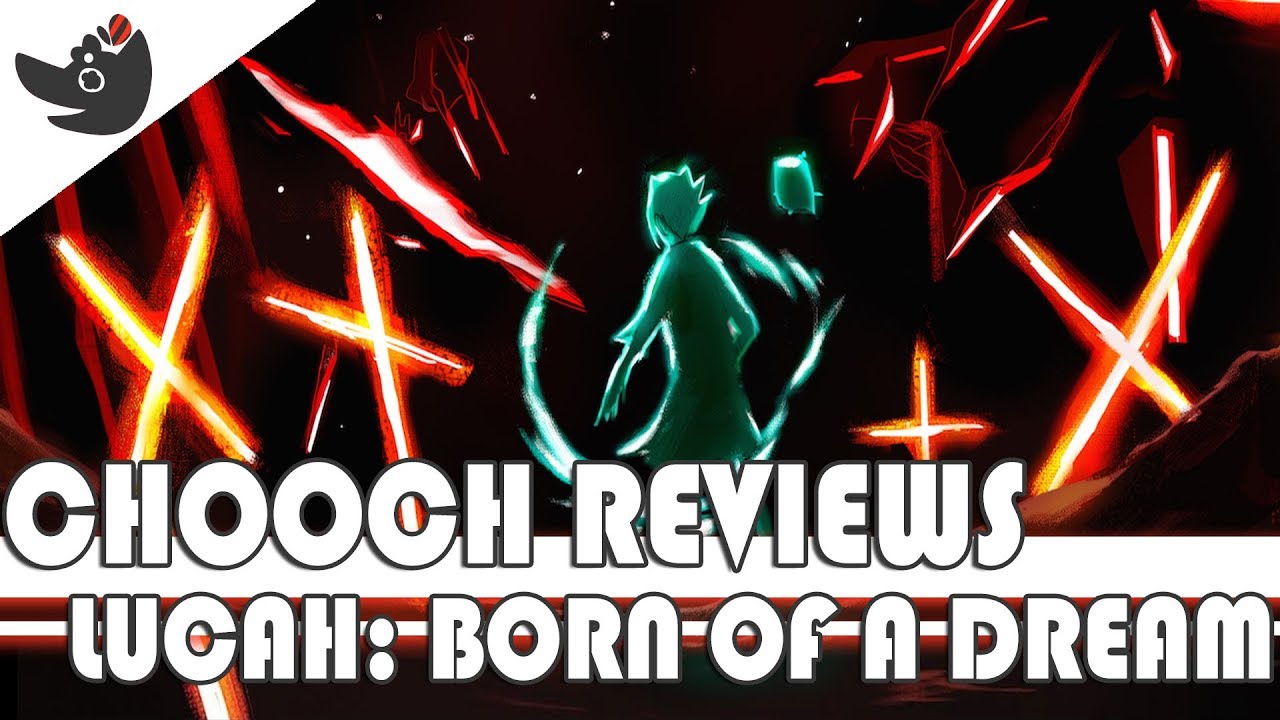 I think that is a clear description?? I think they are in Tokyo? It’s a game about the horrors inherent to self-actualization, like coming to terms with death, or denouncing god. There is a LOT happening in this game and most of it is evoked through the grungy atmosphere and aggressive tone more than literal text.

The main core of Lucah is a top-down character action game where you will mix light-attacks, heavy-attacks, parries, and guard breaks in order to fight myriad monsters with their own mix of melee attacks, charge attacks, and projectiles. In combat you are managing health, stamina, and your ability meter to maximize your damage output. You can allocate different types of resources to build different styles of combat, and if you run into failure it comes at a ‘steep cost’ but not one that feels like you’ve wasted your time hopelessly. That ‘steep cost’ is probably the most interesting part of the game, because as you play through Lucah you are constantly being timed by a steadily filling corruption meter and you have to beat the game before that happens. If the corruption meter fills to 100%… uhhh… well, let’s just say you are going to have a bad time. The only problem is that if you die, that meter shoots a up quickly, so the pressure is on. This constant pressure reduces a natural tendency for players to want to explore the world thoroughly, but it adds intensity to a game with few healing options between fights.

Lucah directly quotes the mechanics and styles of modern games, there’s Bayonetta, Dark Souls, Nier: Automata, Metal Gear Rising, Undertale, and Yume Nikki in ways that feel comfortably distinct from other contemporary indie character-action games. It’s a fresh entry in a solidly popular genre that itself feels like the start of a new generation of games because of how it has safely been built on the shoulders of giants. A weaker game would rely on other games as a crutch to leverage players’ nostalgia or to milk a trending style of game, but Lucah does an incredible job using other games intentionally as a language in order to build something even greater than the pieces it takes from, and it makes me want to see people build games that are in-turn inspired by Lucah. There is real promise inside of this game that is immediately palpable when you pick it up!

As much as I enjoy the harsh foreboding atmosphere of the game, there were times while playing where I felt the direction of my character was too vague which made the game feel more claustrophobic and anxiety-inducing than it actually is. The pressure of the corruption timer made me feel like Lucah is a linear experience, more than it actually is. I saw many interesting locations and people fly by in a blur throughout my first playthrough, and it was hard to remember many of them. I can teleport back to previous areas at any alter, but I never felt like I could afford doing that because, tick-tock, that corruption is always seeping in. It feels like I don’t have much agency in the game, which is part of the game’s main theme, but I could’ve used just a little bit of direction at times. There are also a few smaller problems like when there are  multiple enemies in an encounter it can be hard to consistently target the same enemy even if you are clicking on them. Sometimes the attack button moves text forward, and sometimes the select button moves text forward. Also, sometimes selecting text options will seem to not have any effect on the follow-up text line. These are just a few little things though.

One of the most interesting things that I feel holds Lucah back is that every character talks with the same cryptic style of speech, which is especially a problem because it makes remembering different characters harder than intended. Is it the worst thing in the world? Not at all! But it’s an area that with a little improvement could make this an even more stellar game.

That said, there are a lot of great things about it, I love that it rewards you well for multiple playthroughs. The screen shake can be turned off, and with or without it the game feels buttery smooth. The game’s pacing is incredibly tight so that you always feel like you are learning new skills and concepts consistently throughout the game. Every weapon (or Mantra, as this game calls them) feels powerful in its own way. I love all the different modes of storytelling the game offers, and how the game can rapidly change between an action game, a visual novel, and a turn-based role playing game. I love that it secretly supports multiple save files, even though you never see a save screen so you never have to worry about accidentally hitting New Game on the main menu and losing everything. The most important thing with Lucah: Born of a Dream is that the love and respect this game has for its contemporaries is palpable and reinforces how much I love those games too. If you are a fan of character-action games, stylized games that explore feelings, and you want a game that feels like some kinda Garage-Rock Sleater-Kinney-ass Bayonetta-looking hella queer chalk mother fuckin video game, then Solon’s got a game for you. It’s Lucah: Born of a Dream. It is available on PC, Mac, and Linux. On top of that there is more content planning on coming out for free as the developer finishes fulfilling kickstarter rewards and stretch goals over the course of this next year!