This weekend, Disney has been putting on their D23 Expo, a fan convention chock full of news from the media giant. This includes their various video games, which, thankfully, includes Kingdom Hearts III. After a sizzler of an E3 trailer, the newest Kingdom Hearts III reveal brings something completely unexpected to the table – the world of Toy Story, and a release window.

Although the safe money was on Frozen, or even Moana, the reveal instead featured Sora and company battling their way through the brightly-colored world of Buzz and Woody. This is a first for the Kingdom Hearts franchise, as no prior games have featured Pixar properties. In addition to some classic Kingdom Hearts story bits about hearts and friendship, the footage reveals new gameplay mechanics such as piloting a mech, and a keyblade apparently based on “The Claw” from the first Toy Story film.

It was an unexpected but not unwelcome reveal, as the gameplay and aesthetics look as good as ever. However, another unexpected reveal came at the end of the trailer: Kingdom Hearts III is due out sometime in 2018. Assuming this release date holds, the long wait for the third proper adventure of Sora and friends might be sooner than we think. It’s about time.

Check out Buzz, Woody, and Sora in the new trailer below: 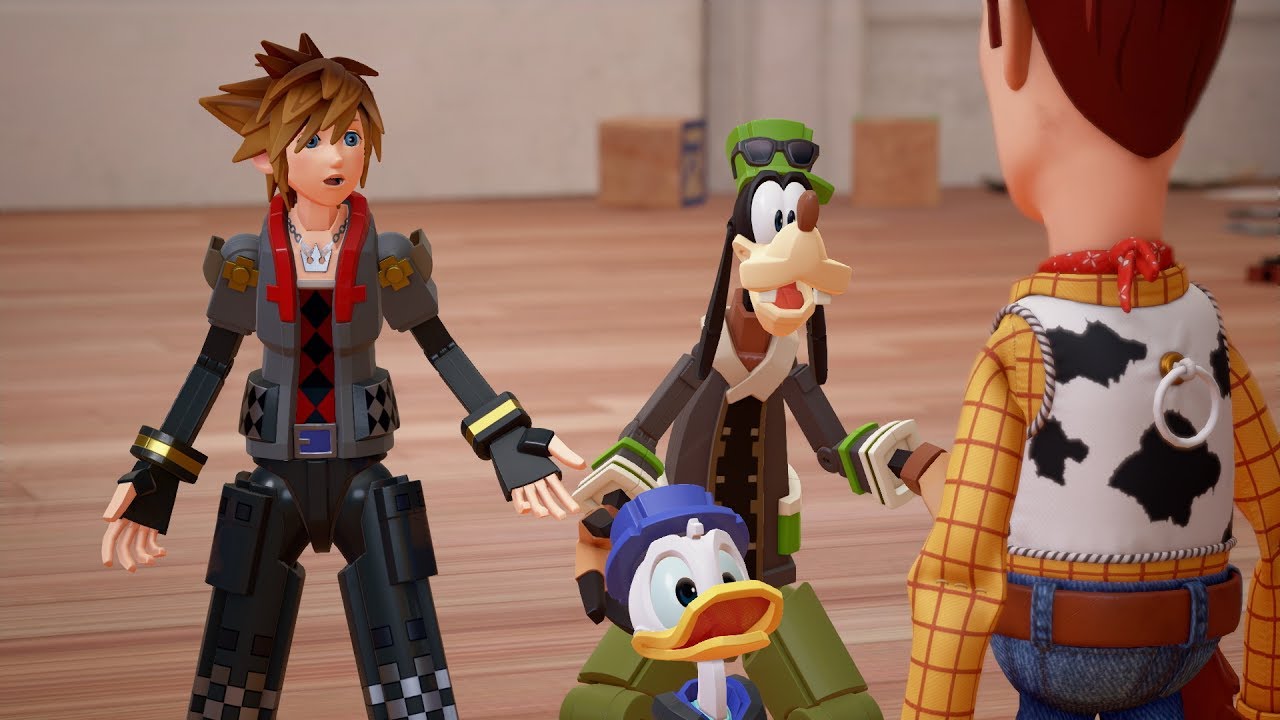