I’m so tired. I looked back at the last few GOTY write-ups and they all start with “I hope next year is better! I hope we can come together and make things better!” I’ll still do it, but with much less enthusiasm. I’m exhausted. I barely played video games this year, like I maybe actually finished half the games on this list. I wrote this list between school assignments and attempting to have some form of human contact over Discord. I dunno, man. I didn’t even really feel that strongly for some of these, too. I’m not going to lie to you. This year sucked, it was a nightmare for so many people, 2021 is also probably going to suck, let’s at least try to help each other out during it. It’s important we stick together through this. Let’s care about each other.

(Thanks to Benjamin for the commission that I’m using as my header!) 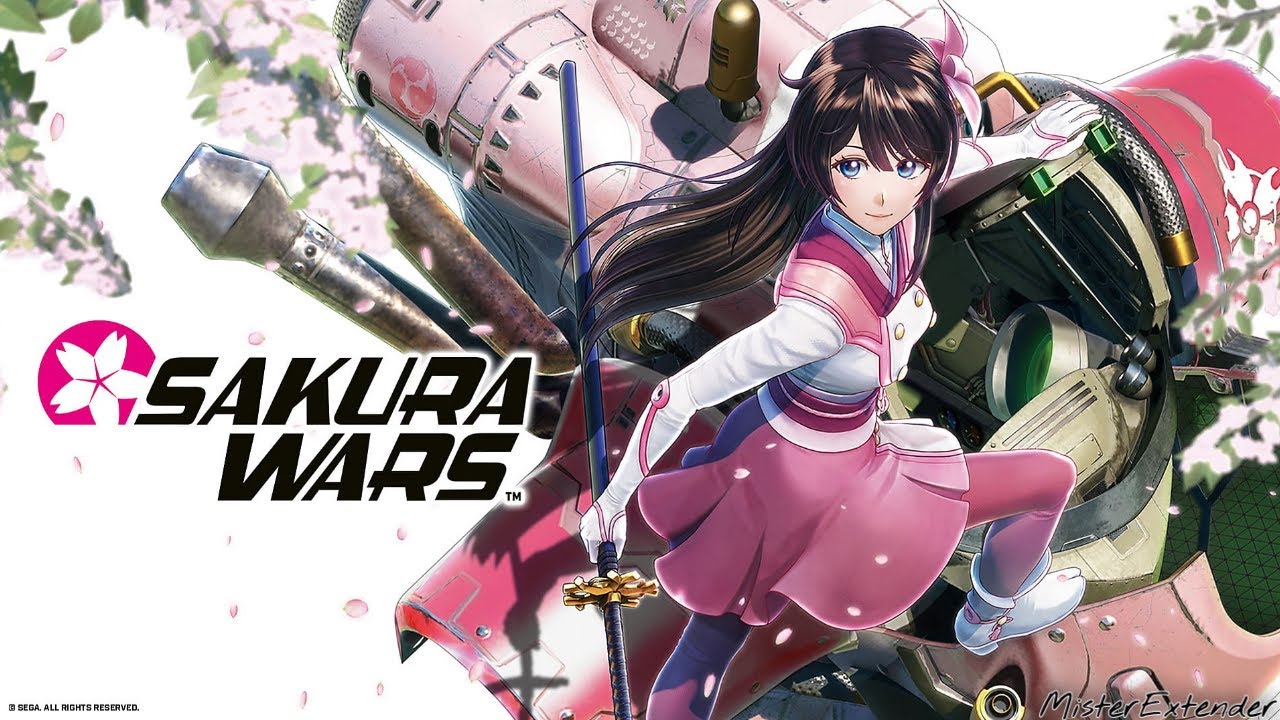 Look, this was basically gonna be a nine game list. I was thinking about slapping something on here that I didn’t care much for, but then I remembered I actually beat Sakura Wars. I played it to completion, and that deserves something, right?

There’s a lot to like in Sakura Wars. The overall plot is just goofy enough to get your 90’s anime fan blood pumping, the character designs are great, and there’s a ninja girl who basically becomes your little sister. All of that rules. Once you get past that, however, it gets a bit frustrating. Combat can be monotonous, and the harem romance aspects of the franchise get in the way of proper character building. Asami, the previously mentioned ninja girl, gets the best development in the game purely because she isn’t a love interest.

At the end of the day, though, I still liked it? There’s a charm to Sakura Wars that never left me after I finished it. I was so inclined to start watching the anime sequel (which in of itself is hilarious, as it premiered in the US at the same time as the JP airing, which means we got it before the game released here) just because I liked the characters and setting that much. Sakura Wars the game was maybe not what I was looking for, but introducing me to its world and characters was, and I’ll finish the anime soon and talk about it on the other podcast. 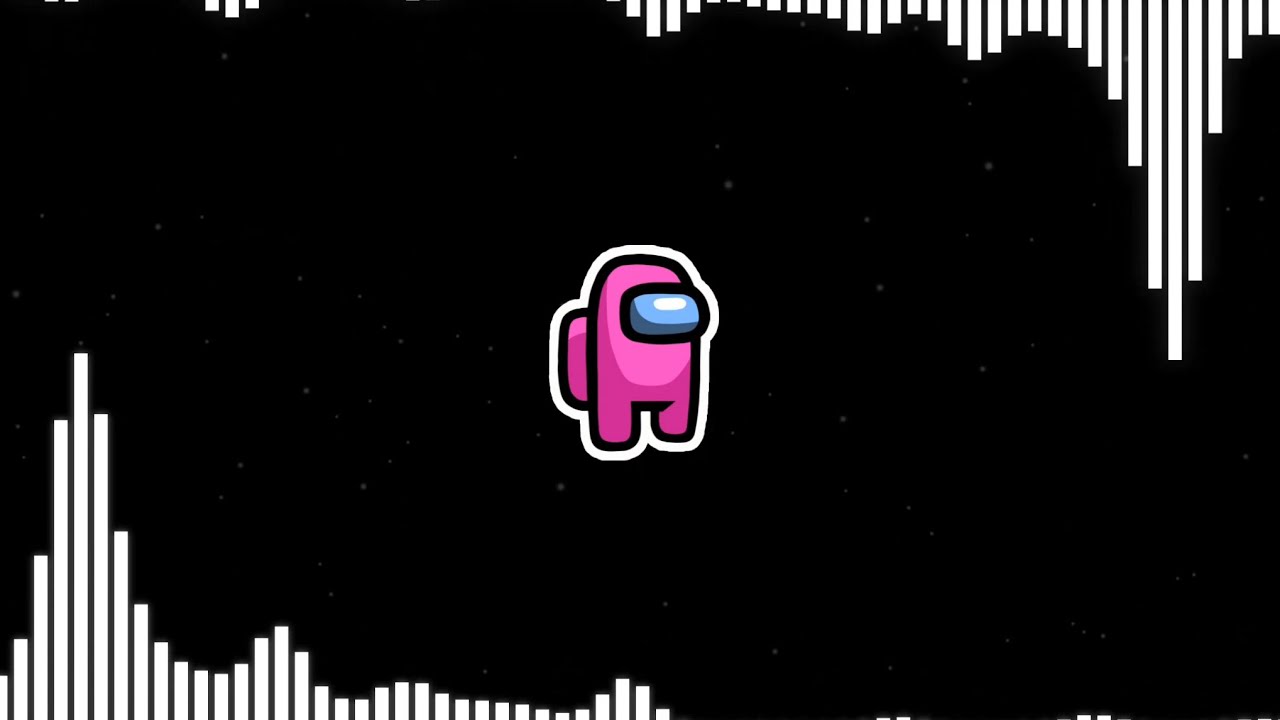 This became a phenomenon for a reason. Sure, yeah, it’s just Mafia/Werewolf/whatever other game that is this, but that’s not the point. The point is that it has character. And that character being discovered is why Among Us was finally a hit in 2020. It’s a perfect little party game that has ingrained itself into our collective consciousness because of how adorable the crewmates are. Compared to the manufactured cuteness of things like Baby Yoda and the Fall Guys, Among Us was exactly what it said on the tin and pulled it off well, and there’s nothing wrong with that.

RIP AND FRIGGIN TEAR!!!!! Doom Eternal was a very different beast from Doom 2016, but it was still fun, and that’s all that matters. This was “Doom May Cry,” and while that means you sometimes were railroaded into specific weapons and abilities, the variety of said weapons and abilities as well as enemy and environment design led to a fulfilling game.

Yeah the story’s dumb as hell, even dumber than usual, but I liked that. Go ahead, canonize the comic. Have in-game characters call him Doomguy. Fuck it, man, let’s just get really dumb with it. Doom Eternal has an attitude I can completely get behind. I do just wish the levels were a little shorter, but that’s all. 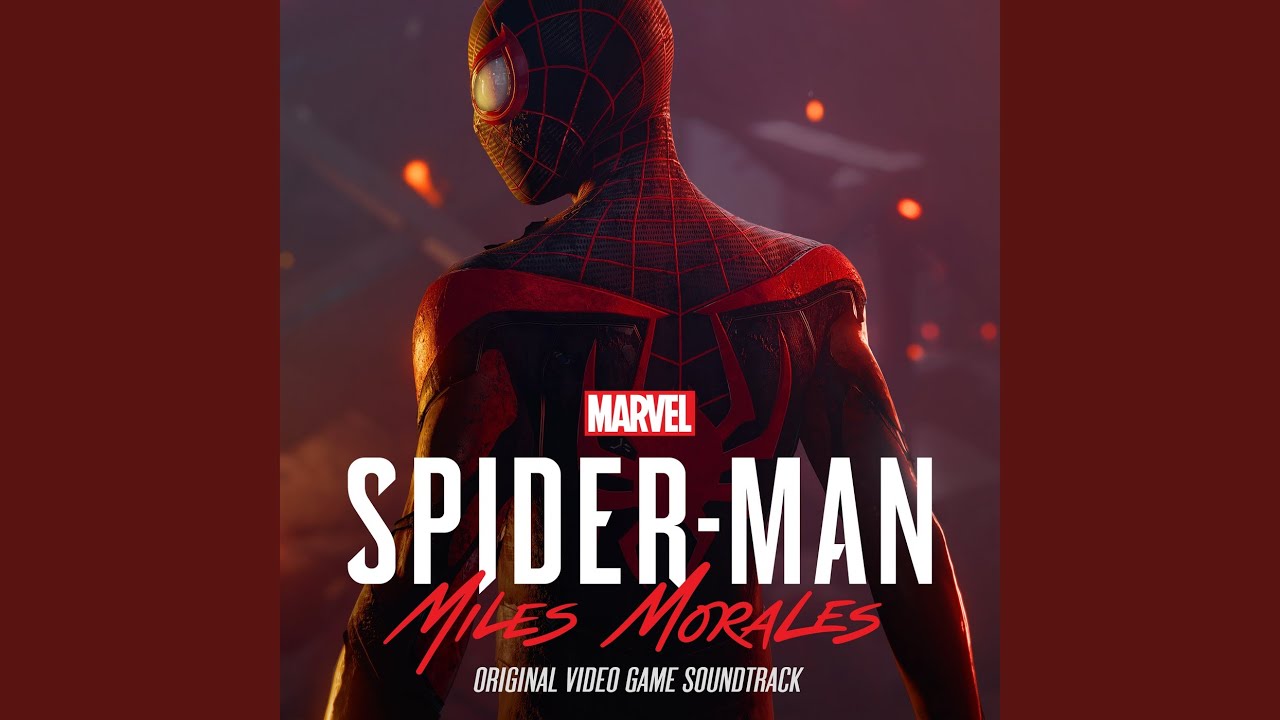 I bought a PS5 in 2020, which I would not recommend to anyone unless they also pull a $600 Yu-Gi-Oh! card and sell it like I did. I needed a game to go with it, and what do you know, they did another one of those Spider’s Man games. For real, though, Miles Morales doesn’t feel as much of a feat as the PS4 original, but what is there has a style and presence all its own. Sure, a good chunk of that style is also Into the Spider-verse’s, but they do enough with it to feel unique, at least in my opinion.

Spider-Man: Miles Morales does the work to make Miles feel like his own person. The plot is about growing out of the shadow of your mentors, whether it’s your Spider-Mantor or your family. There’s some great character work here, especially with Miles and his uncle, who you may know better as The Prowler. They do their story differently than other stories have, and it’s to great effect.

13 Sentinels is, without a doubt, an achievement. I only put it at #6 because I need to play more, but the visual novel aspects of the game are second to none. It’s easily Vanillaware’s prettiest game, with a dark, despondent air to its painterly backgrounds. It tells an extremely dense, non-linear story in a very understandable way, which in of itself is a feat.

The “combat” portions of the game aren’t really anything demanding, but they’re fun enough if you enjoy tower defense. What you’re really here for is the story, and what a story it has. Intertwining relationships, aliens, future and past versions of the same character interacting, and big friggin robots! It’s all there, and all done masterfully. 13 Sentinels is a once in a lifetime game, and I hope more people give it a go. 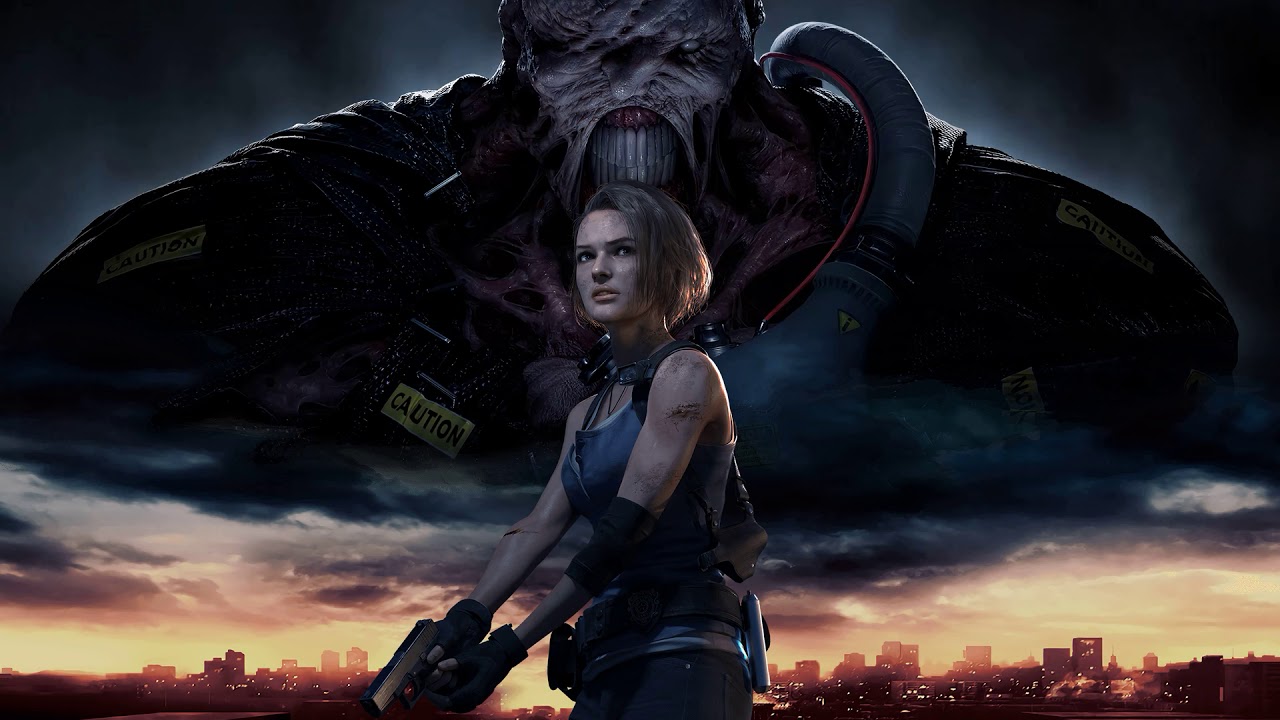 RE2 Remake felt like a godsend, invigorating the franchise in a secondary way that complimented RE7’s first person view well. Resident Evil 3’s remake, like Spider-Man: Miles Morales before, is sort of more of the same, but I think RE3 tried a bit harder to be unique from its remake predecessor. Jill has a dodge mechanic, which adds to the general combat flow of the game, and while Nemesis has been downgraded to a set-piece instead of a constant threat, when he does show up it’s the tightest shit. This is just an impeccably controlling and exciting action-horror game and I had a blast with it. 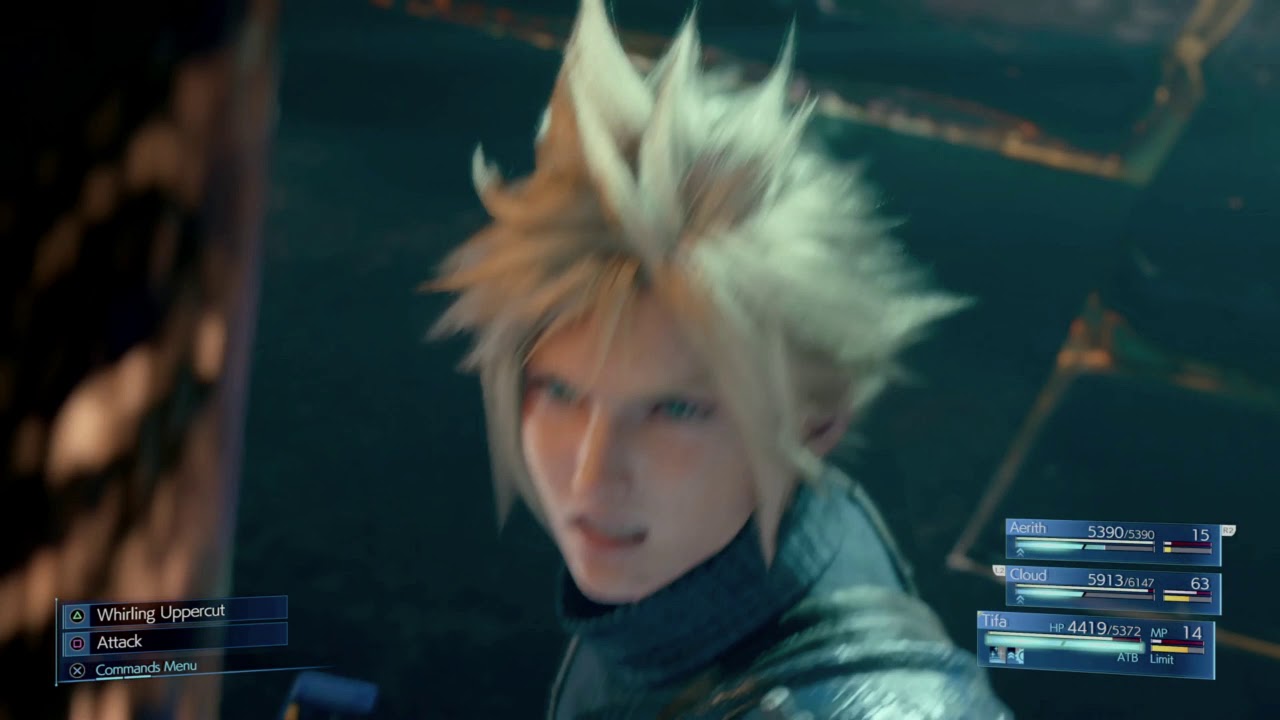 It can be argued that a lot of these remakes, even the aforementioned RE3 one, aren’t exactly “necessary”. Sure, the updates are welcome, but if a game is already good, can’t it just get re-released in a way that new players can access the game in perpetuity? Final Fantasy VII’s remake answers that question by saying “the original is just as valid, here’s a new take that will go somewhere else.” FFVIIR is its own game, its own experience, and builds on top of the original’s legacy in ways I never expected. It also helps that it’s an absolutely phenomenal game top to bottom.

This is a new experience for a new generation, an update to a game that creates a new story arc in its legacy, and a killer action RPG! They made the Cloud dress scene not complete garbage! Looking up at that god damn pizza in the sky, in full 3D, recontextualizes so much about what the game is saying and it fits like a glove in 2020. FFVII is just as important as it was when it originally released, but now it fits snugly into 2020’s landscape. 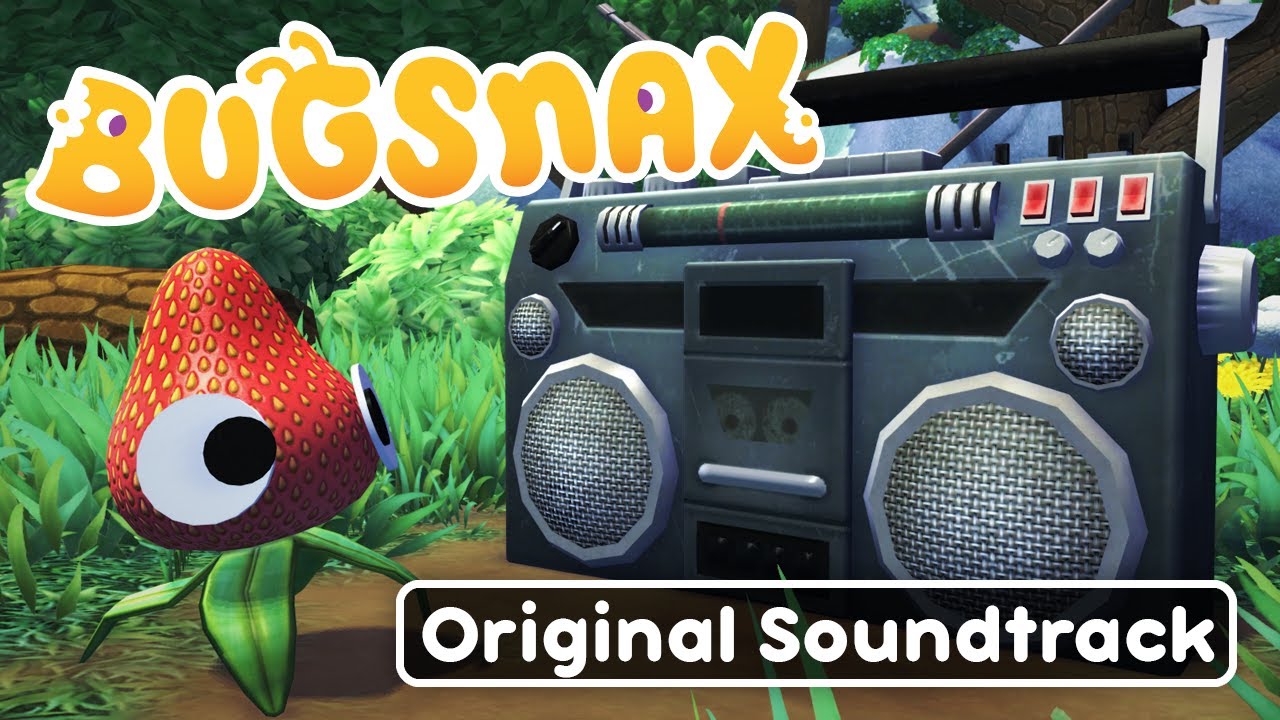 It’s fun to help puppets solve problems. It’s fun to catch little critters. It’s fun to listen to synthy music. That’s all in Bugsnax, and more. It’s the second PS5 game I played and it made the console worth it just because it didn’t have loads. Thanks folks.

Seriously though, Bugsnax is a lovely experience about the process of getting to know people and the power in helping others. It’s a bit more personal than a game further down the list, but it resonates just as well. Forging relationships is difficult in these times, but Bugsnax is a reminder of what we can do once things are better, and how we’ll be able to do it. Mostly by swapping food and cracking jokes. 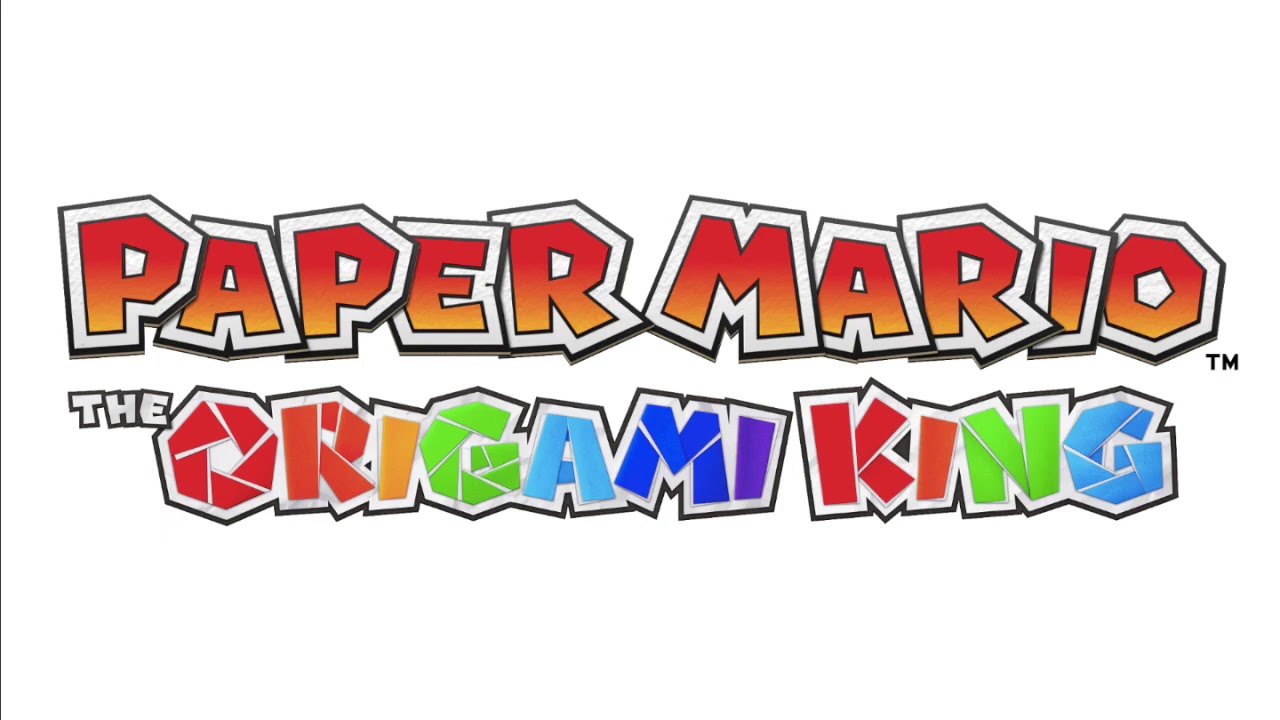 Origami King is constrained by the continued spectre of Shigeru Miyamoto (allegedly). The restrictions on characters, environments, and storytelling is evident in almost every aspect of the game, and how it relates to previous Paper Mario games. Somehow, some way, Origami King still kicks ass, even if it does make me wish the team could do what they want.

Origami King has a lot of wonderful dialogue and music throughout, and its combat mechanics stay cute and fun throughout the entire game. Every new area was a delight to experience, and Olivia is a lovely sidekick to run through them with. Origami King was an adorable little adventure that lapsed Paper Mario fans should absolutely check out. I played Thousand Year Door right around the same time I played OK, and I’d say it stands up, at least on the writing side of things. Maybe I’m full of shit, but that doesn’t change my stance! 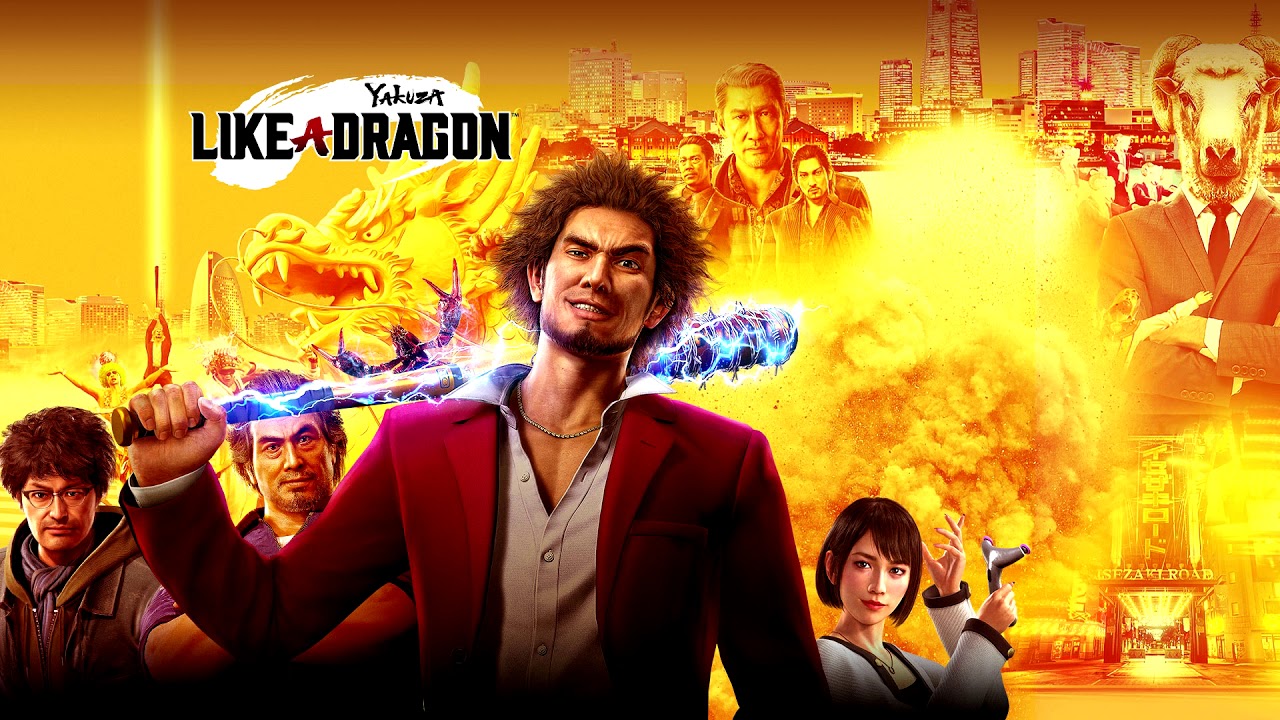 We as a society will not progress unless we are more willing to help people. A willingness to assist our fellow person, with our labor, our money, or our time, must be instilled into all of us, lest we fall prey to a future that cannot support us. Ichiban Kasuga is the mascot to the better future. He played Dragon Quest as a kid, thought about how good it felt when he completed quests in the game, then applied that to real life. What do you know, it feels good to help others in the living world! Not only that, but if someone isn’t troubled by something, they can help someone else, and so on.

2020’s worldwide problems and the struggles of Ichiban’s party are absolutely not one to one, but I couldn’t help but think about current events while playing Yakuza: Like a Dragon. Specifically, I thought about the rays of hope that occurred during such gloomy times, and how all of them came from collaboration between average people; collective effort instead of relying on those at the top. Ichiban’s crew is the same, a bunch of Chicken McNobodies that, while still involved with the plot due to connections to certain characters, could have easily sat out and let things ride their course. It’s people like those who came together to speak out against oppression, bring aid to those that need it, and mutually aid one another that inspired me this year, and Ichiban’s character echoed a lot of those sorts of heroism. If we are to truly live in 2021 and beyond, we must help each other, and if you need to tell yourself you’re leveling up while doing it, go for it.