This is the seventh time I’ve written a GOTY intro paragraph, and it really doesn’t get old. Chooch just keeps growing! I’m so proud to have experienced this year with everyone, and while I know the world outside is getting rougher, the world inside our podcasts, Discord server, and even the staff keeps getting brighter. I have grown so close to the community, and I can’t wait to see how it blossoms in 2020. Thanks for another great year, and here’s to many, many more! 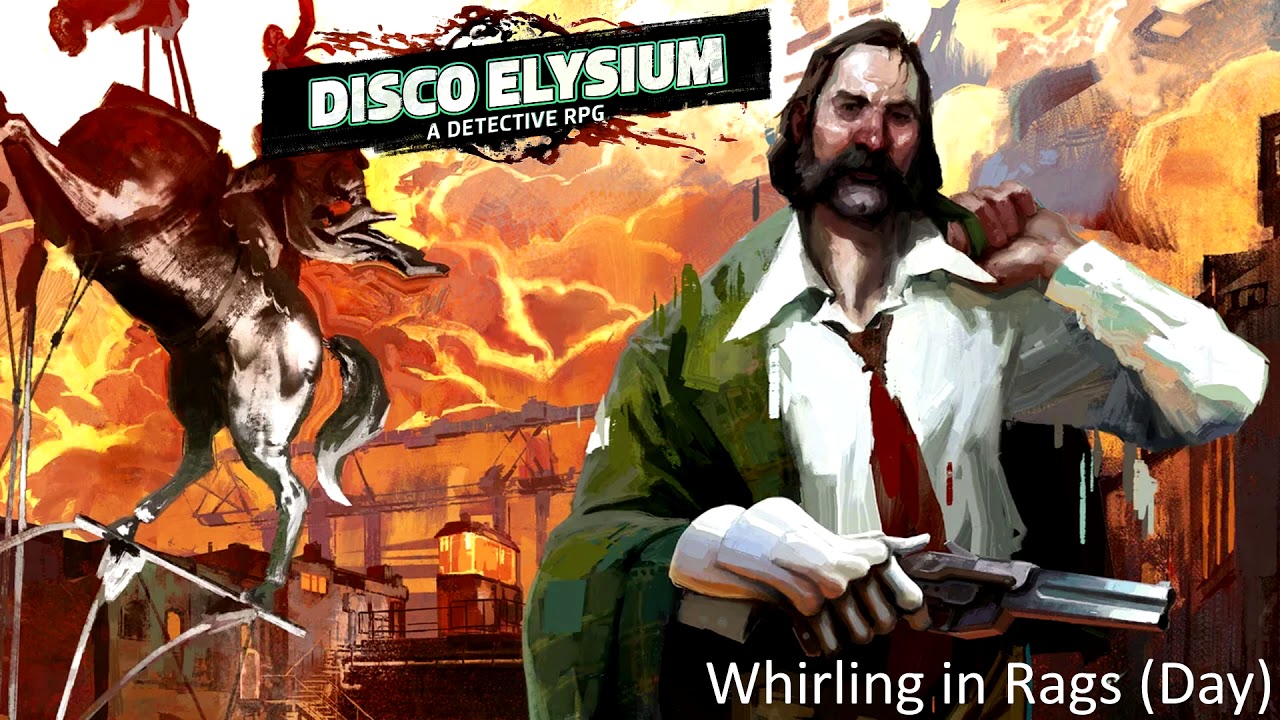 I know what you’re thinking. “John, Disco is so good! Why is it so low?” I have a good reason: My computer can barely run it. I got a code for this game from the Subway Game Awards bot, which in itself is hilarious enough to get DE on this list, but my old computer can barely keep this game afloat. What I did play is indisputably a masterpiece in video game writing and art, with a rich world and an unapologetic affinity for leftism, but it hurt my eyes to see it play so slowly, which is not the game’s fault at all. I love you, Disco Elysium, but I’m not ready for you.

Astral Chain is a culmination of everything PlatinumGames has learned over the years. There’s DNA of Bayonetta, Vanquish, Metal Gear Rising, and much more flowing in the veins of this title, and while it doesn’t rise above its origins, Astral Chain is still a solidly fun time. Hacking and slashing with your Legion feels fresh and unique to character action games, and combat flows well without feeling overwhelming. Yeah the story is dumb and the visuals can be grating after a bit, but there’s a spark of PlatinumGames excellence throughout Astral Chain. 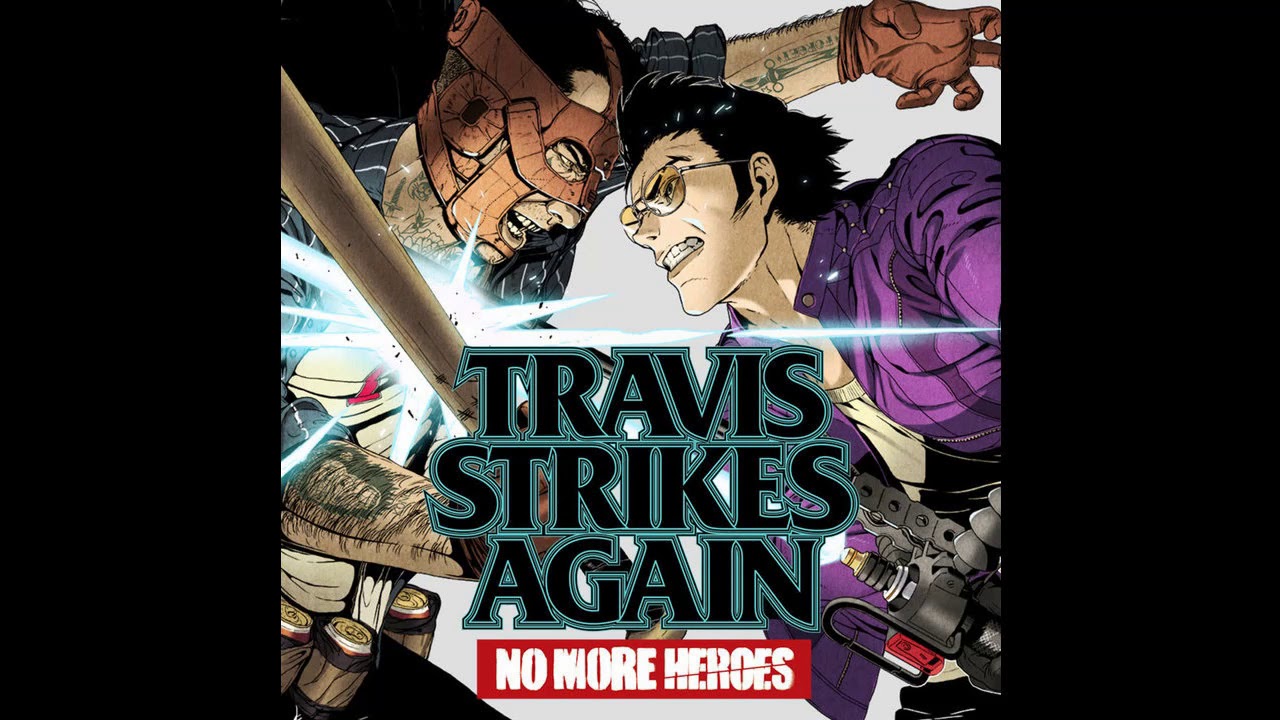 Suda51 has gone through some shit. Being controlled by corporate interests has to be one of the most demeaning things an artist has to live within this late capitalist society. Now that the punk game creator has been freed of his corporate shackles and has pretty much free reign to do what he wants again, Suda has a lot to say about why he thinks indie games are the way to go.

Travis Strikes Again sees Suda speaking both as Travis Touchdown and as a new self-insert named Doctor Juvenile, blasting AAA gaming as a place where creativity goes to die. He actively smack-talks EA’s former CEO for ruining Shadows of the Damned. Travis wears T-shirts applauding dozens of indie games because Suda wants to raise other’s voices alongside his own. Suda’s message can be very corny and obsessed with itself at times, and the gameplay is really not good, but Travis Strikes Again is a surprising political statement that doesn’t hold back in saying that yeah, we should eat the rich.

I’ve tried multiple times to get into Fire Emblem, and Three Houses was when the franchise finally stuck. Who knew that all they needed to do was turn Fire Emblem even more into a Persona game? Three Houses stands tall in the strategy genre by hosting a variety of some of the best character moments this year, with an entire cast of characters that are impossible to hate. Couple that with a genuinely interesting story of political intrigue and a push to show your support for a house (Edelgard the best) and I couldn’t help but get engrossed in Three Houses. 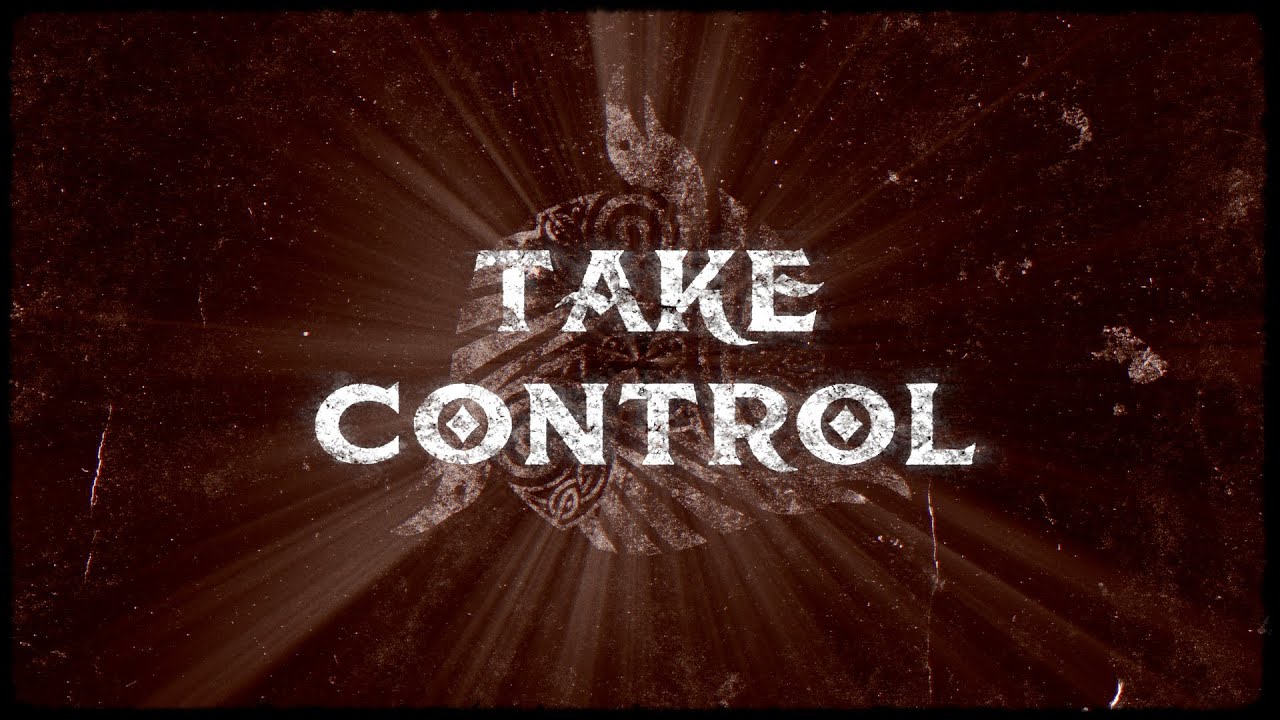 I have a strange fondness for the SCP Foundation Wiki. It sometimes creeps me out too much and gives me nightmares, but I still love how well that world was constructed, even though it’s built through collaboration and it can be inconsistent at times. Control is a more polished, less messy SCP. But comparing Control to SCP by itself would detract from the success the game has at telling a fun story. You can tell that the writers of Control loved coming up with every minute detail of the world, and that makes it all the more fun to explore and gather files around the Federal Bureau of Control.

It’s so easy to find yourself lost in Control’s world and completely loving every second of it, but the biggest reason why Control didn’t break the top five was its awful boss fights. Side missions usually end up being a slog thanks to them, and that’s the only major gripe I have with the game. Overall, I love Control, but that little nibbling distaste brings it down a peg. Hey, maybe that distaste is an Altered World Event itself?

It’s that Nintendo polish! Luigi’s Mansion 3 is a diorama, a showcase of Nintendo’s gameplay excellence. A set of puzzle boxes surrounded by goofy Halloween delight. Every new room you encounter is another set of adorable toys and puzzles to mess around with, and your vacuum’s tools are precise and dynamic enough to wring fun out of each and every one. Yeah, the bosses are also pretty obnoxious at times in this one too, but they’re less bad than Control’s, and also Luigi is cuter than Jesse so it eeks out a win. 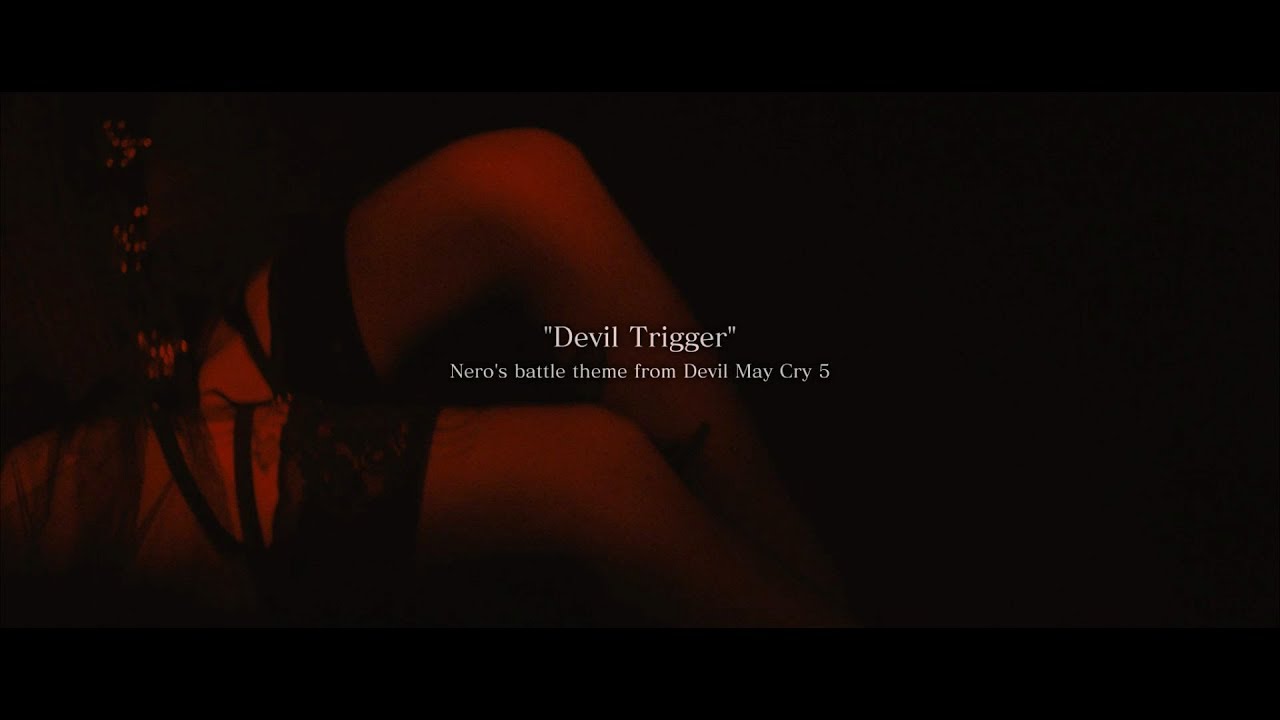 I was so nervous picking up DMCV. I had tried previous titles, and the only one I got enjoyment out of was the heavily reviled and, even if I had some fun with it, very frustratingly written DmC. Playing the newest title in the franchise that wanted to remember the good old times made me understand why people were so upset with DmC and why people had been waiting for this for so long.

God does DMCV play well. I cannot believe the number of options you have at your disposal in this game. Dante is like three video games in one and he’s one of three characters you play as in DMCV. How the hell did they have the time to do this? It’s so good. 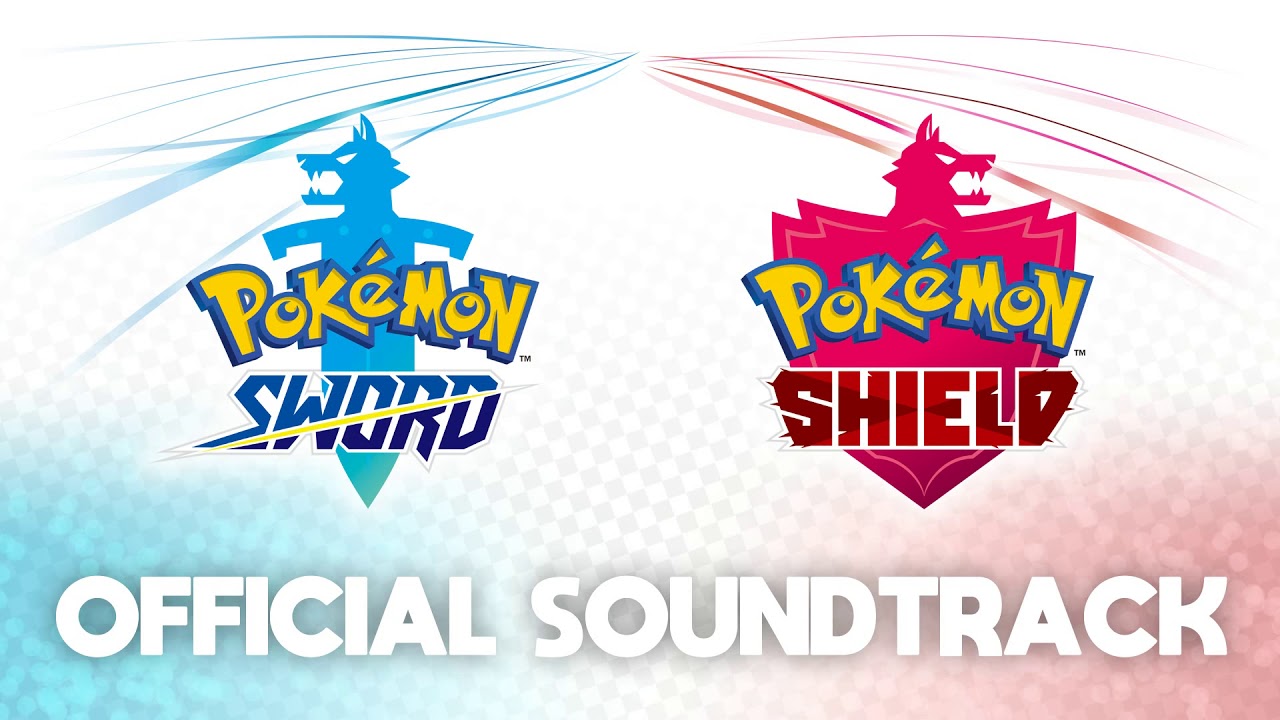 This is my curse.

Capcom is on fire lately, their games are so, so good. Okay, their non-Street Fighter games. Resident Evil 2’s Remake is the absolute pinnacle of their return to form. Take the near-flawless map design of the original and mold it into a modern game, especially one that plays like Resident Evil 4, and you have John Game written all over it. The RE2 Remake is solid proof that even if a game is timeless, revisiting it and understanding both its core concept and modern sensibilities will do nothing but create another masterpiece. 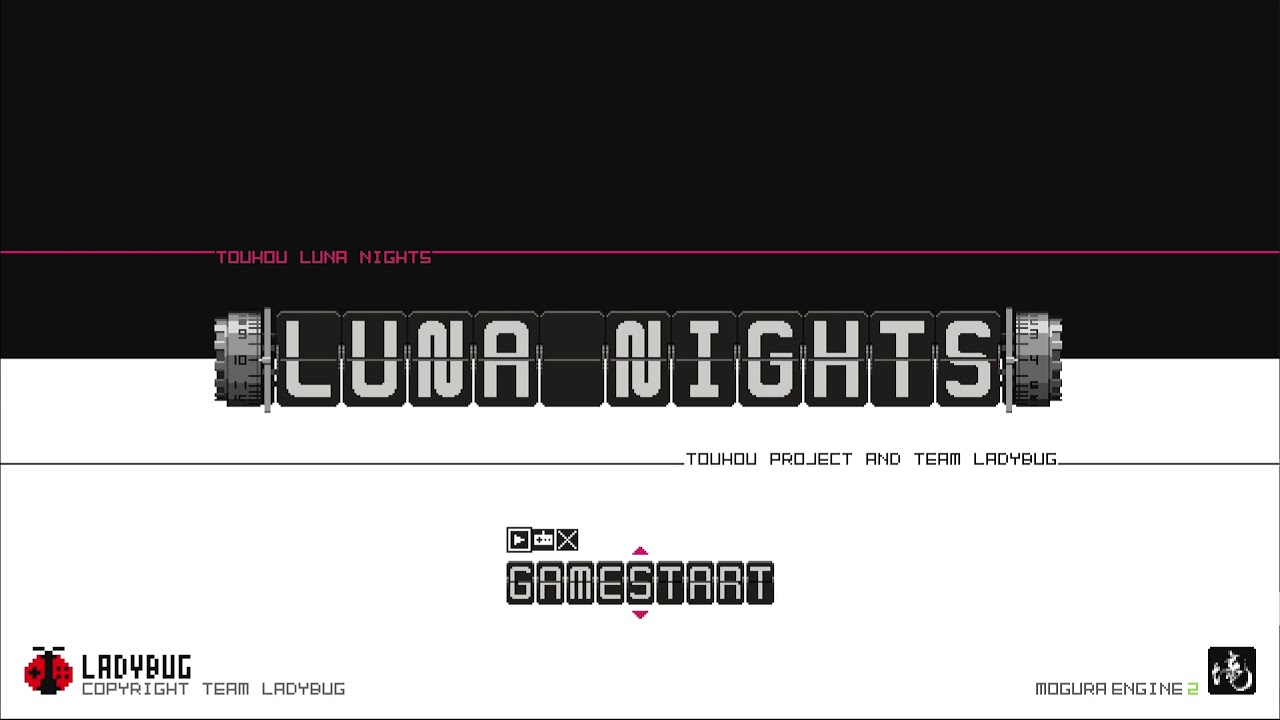 Touhou is a gap in both my gaming and anime knowledge, but it’s something I respect from afar. Its creator, Zun, seems like a rad guy, and I’m gonna drum “Reimu for Smash” as long as I can (boy, will this age well). Touhou Luna Nights came to me at a wonderful time. I’ve become a Metroidvania obsessive, clamoring for the next hit of dopamine I get every time I unlock a new door or find a new weapon. I played a lot of the classics, your Symphonies, your Super Metroids, but then Luna Nights left early access, and some folks told me it was worth my time. They were damn right.

Every second of gameplay in Luna Nights feels like a dream. Often-bullied maid Sakuya slides around each room like butter on a hot pan, complemented by every upgrade she receives. And those upgrades? All knives! She can learn to stand on knives, summon extra knives, or just get bigger knives! It’s knives all the way down! There’s also a grazing mechanic, borrowed from the Touhou games, where if you get close to a foe or projectile without touching them, you regain some energy or health.

While it’s not exactly the most original mechanic, Luna Nights’ time stop allows for even better flow. If you want to completely decimate an enemy that you particularly hate, stop time, throw way too many knives, and leave nothing but a smear where that foe was. Need to cross a watery area but can’t make the jump? Stop time and walk on water! This is coupled with the grazing mechanic to reward both skillful and dangerous play. You can stop time and get close to enemies and bullets, and get health and ammo back as a reward! It’s not particularly demanding or deep, but Touhou Luna Nights feels good from the moment you hit play, and finally standing up to your vampire master as a Dio-reference maid is a reward we could all use these days.