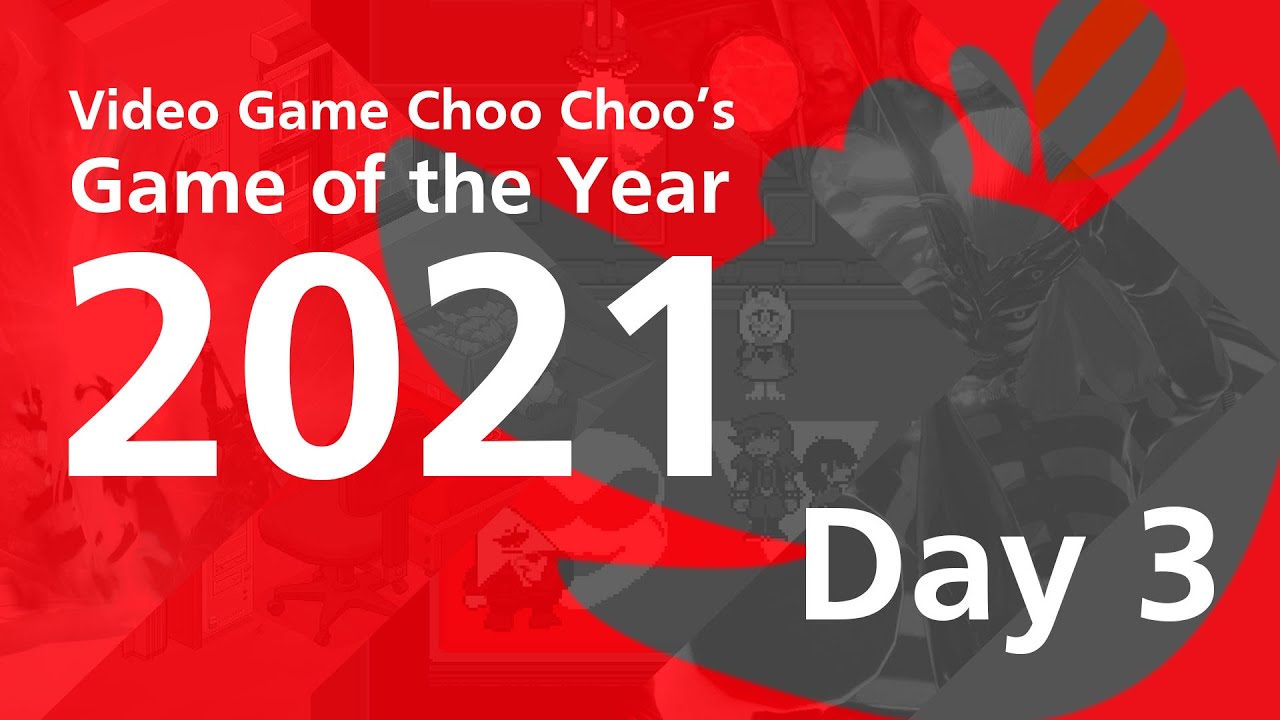 Final Fantasy XIV has always been a reasonably good MMORPG, developed and maintained by one of the most consistent teams in the AAA space. Its 2019 expansion, Shadowbringers, elevated it to new heights of popularity as a result of several conjoining factors: the global pandemic pushing more online interactions, and the decline in popularity of one of its main competitors, World of Warcraft in the wake of its ill-received Battle for Azeroth expansion and decline of Activision Blizzard’s image—to name just two. The buildup to 2021’s Endwalker expansion was measurably more pressurized than any previous expansion’s launch from the sheer popularity growth and constant upwards explosions of its player base. This pressure was compounded by it being delayed from the typical summer expansion release schedule all the way to the end of 2021, as a direct result of pandemic-related delays in the development cycle the year prior.

Despite all of this, Endwalker wound up being an exceptional addition to the core game. It succinctly delivers on the key narrative elements of the game’s main story in a satisfying and conclusive manner, which scales up in effectiveness with how much you paid attention during the game’s main story, as well as with how much of the side content you finished, while also opening up the world in new and exciting ways which pave several paths for all sorts of future adventures. Feature-wise, the game has been updated to finally service Oceania players more directly with their very own Data Center, Materia. The inclusion of the gender-locked Hrothgar and Viera player races was one of the primary criticisms of Shadowbringers, and Endwalker’s launch saw the addition of male Viera to the surprise and delight of many (and female Hrothgar are slated to be released in a later patch). This was in spite of previous statements that it would be incredibly difficult to add more player races after Shadowbringers. And yet, the development team was able to accomplish this feat anyway. Final Fantasy XIV’s journey to Endwalker took over a decade of development, and with all the failures and successes along the way, it’s proven to be an adventure worth taking.

Most Disappointing: No More Heroes 3

No More Heroes 3 seemed like something Suda51 was going to give his all for. And maybe he did. But due to both his own insistence on trying to impress James Gunn and Takashi Miike, the realities of his company and Marvelous being sold to two different conglomerates, and the COVID-19 pandemic, NMH3 is an unfinished, empty mess of a game hung up on Guardians of the Galaxy, John Riccitello, and Miike’s movies instead of being inspired by them. Suda constantly bemoans the ruining of Shadows of the Damned when he now has the rights to the franchise and can just do whatever he wants. None of the bosses Travis faces add up to anything beyond spectacle, even reducing series mainstay Henry into a Loki ripoff. There’s a part in NMH3 where Travis straight up begs Miike to make a No More Heroes movie. In the previous games, I’d see this as a joke, a little rib at Travis wanting to be included in something he loves. Instead it reads more like Suda pleading for the acceptance of others, making punk feel dead and buried. No More Heroes 3 doesn’t kill the past, it wallows in it.

Runners-up: NEO: The World Ends With You, The Longest Road On Earth

I am no stranger to Toby Fox’s musical stylings. My man has been making hits for a while now; hell, I remember when “Megalovania” was the theme for a one winged dog killing an entire dream planet. As such, it’s not a surprise that Chapter 2 of Fox’s newest project Deltarune would deliver when it comes to the soundtrack department. While some pieces from the first chapter still stick around like the battle theme “Rude Buster,” Chapter 2 is unafraid to bring out new leitmotifs and tunes that will stick with you long after you hit credits. “A CYBER’S WORLD?” starts off with a simple melody but builds into a beat drop right as you get a glimpse of the new area you’ll be exploring this time around, confidently stating that there’s gonna be a lot to enjoy sonically. New character Queen has her own leitmotif that’s full of as much character as she is, popping up in different arrangements as you try to stop her nefarious plans. A lot of the musical strengths mainly come from new characters getting the chance to take some of the spotlight, such as Berdly’s themes that suits an awkward teen stepping in as an overzealous henchman for the day or Noelle’s theme which is able to hint at a lot more of the darkness this game has that is slowly starting to leak out.

Of course, I can’t talk about Deltarune Chapter 2 without discussing the sounds of EV3RY BODY ‘S FAVORITE [[Number One Rated Salesman1997]]. Spamton’s entire deal (I KNOW I KNOW I’M SORRY) serves to remind the player that Toby has, indeed, played Earthbound, and his music is no different. Cluttered with samples from not just that game, but also other media sources and a good spattering of the Mega Man X sound font, Spamton reaches a memetic level akin to Sans not just for his Jerk City-esque non sequiturs but from the fact that he’s got some bangers going on this OST. “BIG SHOT (vs. Spamton NEO)” is this chapter’s secret boss song and it manages to take not only bring in Spamton’s instrumentals, but also throws in leitmotifs from the last secret boss of Chapter 1, Mettaton NEO’s theme from the No Mercy route of Undertale, and the dummy theme also from Fox’s last cultural juggernaut. My man is hitting you with a musical brick over the head when it comes to themes of being puppeted around in life by someone else. Suffice to say, the music of Deltarune is usually the first thing that makes me remember that I do have so much anticipation and adoration for the worlds Toby has been able to create over the years, and I’ll be waiting until next time to see what else he has in store.

The excellence of Unpacking’s audio design comes from both its attention to detail and its simplicity. The serene flow of unpacking and putting away your precious little things in a new place is made all the more immersive by the sound of it – every object unique by material, weight, and where it’s placed.

This care for minutiae coupled with a soundtrack that matches the ambiance of each new room does a great job at underscoring Unpacking’s zen and heartfelt story without taking attention away from it. For us, the intricacy and sheer effort of its sound design makes Unpacking our pick for Best Audio of 2021.

Content Warning: This section has mentions of child abuse, sexual abuse, and the Holocaust, which is content that is all present in The Medium.

The Medium is a psychological horror video game released in early 2021, and even now has subsisted as one of the most offensive byproducts of the year to its end. What The Medium got away with is a direct result of its stagnant and expansive press coverage, benefiting from this unintentional strategy of knowing that what the greater public does not see means they will also not be aware of.

The Medium puts the player in the role of a psychic who is able to see both the immediate world and a more metaphysical world, where thoughts and emotions are tangible. To portray this effect, The Medium gives the player the control between two different screens rendered in real time, showing two slightly different versions of the same space. This is executed pretty poorly: Between near-constant amounts of lag and multiple crashes, the gameplay experience (which has been done much more successfully in many other games) quickly becomes embarrassing. However, even that can barely hold a candle to the game’s writing.

Not only are the sparse trigger warnings at the beginning of the game written very vaguely, they also do not excuse just how appallingly things will be handled. As a psychic, players have to subdue a monster that turns out to be a manifestation of the trauma endured by their sister, a victim of sexual abuse. However, The Medium continues to bizarrely expand upon this by also showing the backstory of the abuser in question, which is stacked by even more instances of sexual abuse (with unskippable audio and cutscenes) using the backdrop of the Holocaust in an attempt to demonstrate how trauma begets trauma. The Medium thinks good, mature storytelling means painting layer and layer upon exploitative imagery to ultimately make a point that does not even make sense: The game seems deeply unsympathetic to the initial child abuse victim in question, unfortunately concluding with the implication of her death as necessary to end this horrific cycle…that was not even her fault? As if to add insult to injury, this game was initially released on January 28; International Holocaust Remembrance Day.

This is sadly not the first time developers Bloober Team have done something like this, mishandling similar issues in their Layers of Fear games and treating “sanity” as a mechanic in their game adaptation of Blair Witch while simultaneously claiming post-traumatic stress disorder is being realistically portrayed. It is cruel and downright offensive, and even worse, it somehow has all led to Bloober being rewarded the opportunity to explore their own take on Silent Hill. Everything about and around The Medium just sucks! But what is even sadder is that the game itself is a mere symptom of a bigger problem: Yes, the conception of this game to begin with rests on the developers for making it to begin with, but it is a stark reminder that as long as rampant ignorance and insensitivity on topics dealing with abuse, trauma, and mental health and illness continues to remain a problem, it will be exploited for even more mediocre attempts at edgy narratives.