We’re over the halfway point, day three of our GOTY awards are here! This time, we’ll be giving out prizes to Best Writing and Best Moment, and lamenting the Most Disappointing game and asking “What the Fuck?” once again. Plus, John and Scott‘s GOTY picks!

(Note: The Best Moment award spoils the ending of Nioh 2.) 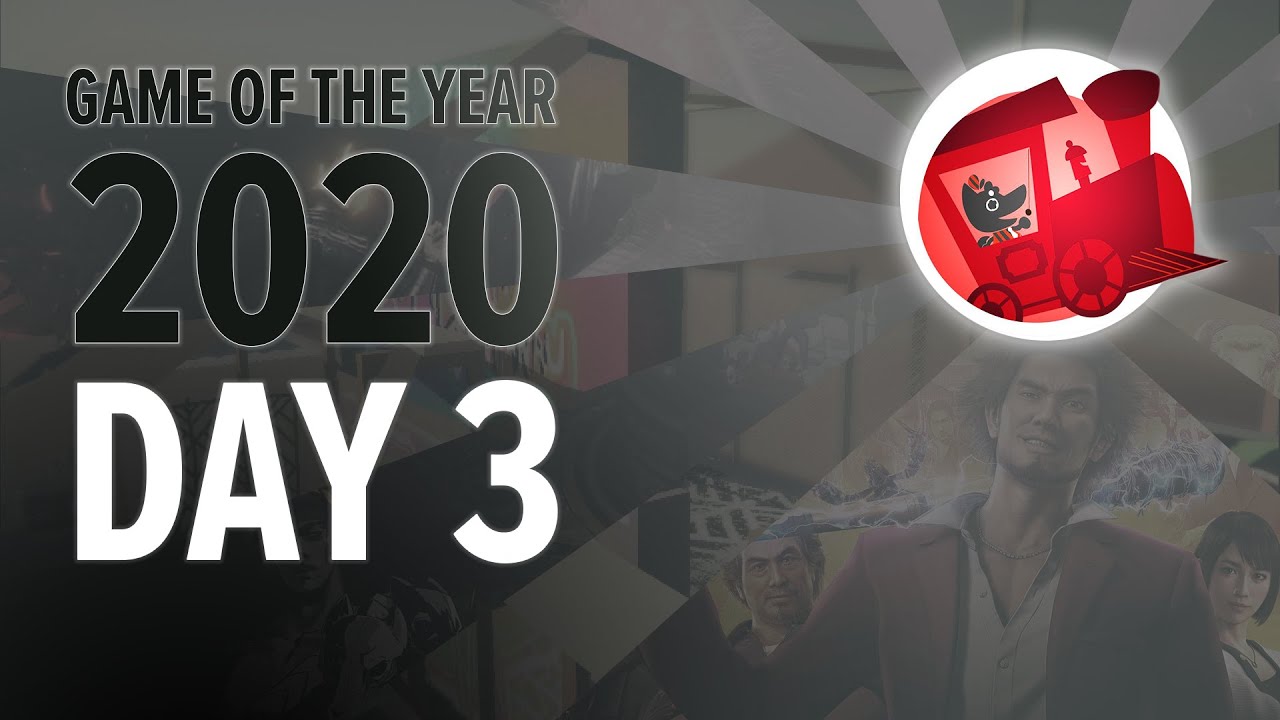 This is a thing we never expected to see, a roguelike having the best writing of the year. Supergiant Games did something special, doling out the story in Hades and making each and every run still feel like progress even if you die in the early stages. They use the writing as a reward for just trying, making even failure feel like a success. Characters change and grow through your playthroughs and even your enemies get fantastic bits of characterization and growth as the main cast of characters in Hades’ house grow closer and the Olympians show their true nature while still being familial.

It’s one big family drama that unfolds run after run, and it somehow manages to do right by every one of its cast, encouraging more and more play, more experimentation, and more effort to unlock all the little things the game has to offer. Being able to walk to a part of a stage opening and having the camera zoom out as Zagreus admires the area with short commentary, or his arguing with the omnipresent narrator when you walk up to a little sparkle of light are reasons we keep coming back to this game. – Christine

What the Fuck: CD Projekt Red

It doesn’t matter how deep you are in the gaming sphere, there’s no way you didn’t hear about the absolute disaster that is Cyberpunk 2077. As a complete mess of glitches and bafflingly bad design decisions, Cyberpunk landed so poorly that it was taken off of PSN, an absolutely unprecedented move for a storefront that still hosts trainwrecks like WWE 2K20 and Life of Black Tiger. Behind this travesty of a game was CD Projekt Red, the company that said they wouldn’t crunch to complete it, crunched massively to try and complete the game anyway, and still delayed it so many times that die-hard fans of the game, people who took vacation time off work just to play it, felt spited.

That’s not even mentioning CDPR’s multiple brushes with blatant and egregious transphobia (so much so that it’s built into the game’s character creator) that feels so absurdly antithetical to cyberpunk as a genre. Or how about how there is an extremely specific sequence of flashing lights in the game that induces seizures and in response, CDPR put a warning in the EULA (THE EULA!!!!) to make sure people were properly warned!

Aside from just issues with Cyberpunk, CDPR’s retro games storefront GOG announced that they would be hosting the game Devotion, a cult classic Taiwanese horror game that was delisted from Steam and other digital platforms for a joke that called Chinese president Xi Jinping “Winnie The Pooh”. Instead of taking the much needed W, CDPR immediately backpedaled and announced that they would not be adding Devotion to GOG, showing that they’re truly just as spineless as they are horrible to their employees.

CDPR managed to destroy all their credibility in one year, the year that was supposed to be its year, 2020. They’ve tainted themselves so much that they had to release an apology video where they said they would be delaying the first Cyberpunk DLC until many of the remaining issues were ironed out (which prompted a bunch of responses about how they somehow delayed Cyberpunk again), while also shitting on the hardworking QA testers who had the absolutely Sisyphean task of testing a project as large as Cyberpunk 2077. This was shortly before it came out that they somehow had the misguided belief that they were going to make this game a hit because, well, they made The Witcher 3. Considering that game was widely criticized for its horrible crunch period, maybe y’all should have taken a different approach. – Scott

Nioh 2’s climax does so much in a limited time frame that if I were to type it all out, it would be impossible to fit in a limited space. I could spend pages laying out all the drama, all the boss fights and epic moments from start to finish but I’ll try to keep it concise. It starts where the game began, the place you met your best friend Tokichiro, corrupted by lust for spirit stones into becoming the warlord Hideyoshi Toyotomi. You fight, you win, you beat the demon controlling him, and your best friend gets to die free of his corruption. The game spends so much time building this relationship that even though he betrayed and killed you, all you wanted to do was save his soul. And you do, sealing away the demon forever. Well, at least for eight years, until you get awoken by William from Nioh 1 with an incredible boss encounter before you team up with him for the games final stage.

It feels amazing, tearing through armies of powerful Yokai alongside the protagonist from the first game and your erstwhile companion Mumyo. Your character completely buzzsaws your way through what should be a hard stage, and the action grows more intense until the final arena where you end up possessed once again and fight one of the most thrilling final bosses I’ve ever experienced. Otakemaru has every Yokai ability you do, he has counters, he has massive AOE’s and he constantly shifts forms throughout the fight. It’s an amazing feeling, especially when Tokichiro’s voice rings out and his guardian spirit starts jumping into the fray to help you. The jovial man you loved is back and you can’t help but feel energized by hearing his voice. It’s an amazing ending that brings the series to a close for all of the characters from both games and leaves us truly satisfied with where things are gone. They’ve said there isn’t another Nioh game coming and that this is the end of the franchise, and after just how much the ending rips, we’re OK with that. – Christine

Most Disappointing: Deadly Premonition 2: A Blessing in Disguise

Deadly Premonition has always been a cult classic, and one of my favorite games of all time. Unfortunately, recommending it to other people has always been a bit of a nightmare, consistently appended by warnings about certain aspects of the game, as well as a heaping pile of performance issues. In the ten years since its release however, people had gained reason to hope. Director Hidetaka Suehiro (or Swery65) developed multiple games, most noticeably 2018’s THE MISSING, which seemed almost like a sort of open form apology for the narrative mistakes made in his biggest hit. Unfortunately, all of that hope turned out to be misplaced, as its sequel, Deadly Premonition 2: A Blessing in Disguise, doubled down on all of its predecessor’s worst aspects.

Whether it’s the rampant transphobia, weird racist tendencies, or just plain nonsensical and mediocre writing, there’s plenty to be disappointed by in a follow up that should’ve been an easy slam dunk. Maybe worst of all is the inexcusable performance of the game, which consistently runs at a single digit frame rate that’s nauseating to wrap your mind around. Since its release, Swery put out a very half-hearted apology, where he said that it was fine for transphobic things to happen in his game because transphobia exists in real life, and even managed to get into several arguments with trans people about it. Everything about Deadly Premonition 2 is really just exactly what we said on the tin: disappointing. – Rose