The awards will continue to flow today! This time, we award Best Music, Best Mechanic, Worst Mechanic, the Juicin’ Award, and Scott and Elvie share their top games of the year! 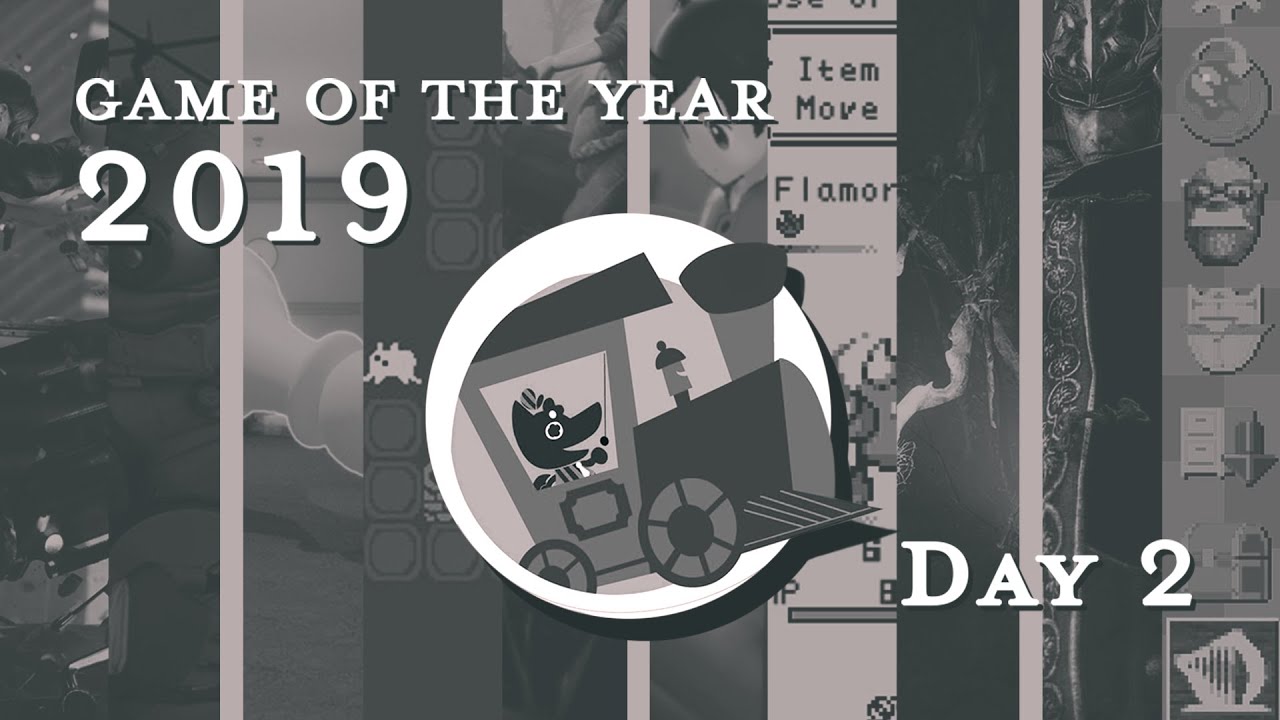 Yuppie Psycho floods its players’ ears with an interesting blend of both immersive nostalgia and the frenetic beats of sheer terror. Known previously for his work on VA-11 HALL-A: Cyberpunk Bartender Action, Michael “Garoad” Kelly twists the chill, lounge-synth beats that he is known for into a more grounded setting riddled by literal horrors.

The game’s soundtrack rekindles something characteristic of the rose-colored memories of the 1990s, all the while precluding the anxieties that inflamed during the Dot-com bubble crash in the early 2000s and the threat of Y2K and dystopia itself. It perfectly matches and flows with the game’s themes rooted in retro elements, all the more while balancing its horror aspect by trying to survive literal monsters and an average day at the white-collar workplace.

Its soundtrack also succeeds in having tracks completely palpable to listen to outside the context of the game: it’s just that good! It’s as if this game truly just wants you to vibe out, in spite of all the blood suddenly appearing on the walls and your coworkers mysteriously dropping dead left to right. Yuppie Psycho’s soundtrack not only succeeds in enhancing the experience for the purpose of the game but also provides an auditory experience that is just downright killer.  -Elvie

Runners-up: Baba is You, Being Rat Delgo in A Plague Tale: Innocence

Superliminal is a very simple box-on-switch style puzzle-platformer that cribs its styles from The Stanley Parable and Portal. It’s a well-tread presentation in indie gaming, but Superliminal uses this as a container to explore a very “simple” mechanic: any object you are holding adapts to fit the perspective of your view. So if you hold a can up above you towards the ceiling, it will look big and far away, but if you hold it towards your feet it will look close and small – it’s all about perspective.

After a variety of block-puzzles and perspective-based puzzles, things get even more exciting when you start shrinking and growing doorways that contain worlds. You’ll pick a regular object that becomes the entire next room and make it really big so you can enter it as small as a mouse and get around tight spaces. Or, you’ll put that same room down making it small so that you can be large inside of it and get to higher areas. It’s like that level in Super Mario 64 where you can be Giant or Tiny Mario, but it is all done in real-time. Alice In Wonderland meets Kirby In Dreamland. From one angle, you could overlook Superliminal as a game wrapped up in the shadows of similarly styled games, but if you change your angle of approach, you’ll see that it stands proudly on the shoulders of giants. It’s just a matter of perspective. -Solon

Game Freak is a company that has never heard the phrase “if it isn’t broke, don’t fix it”  before. Nearly every new Pokemon game completely re-invents some portion of the series that either breaks or changes something that players enjoyed from previous titles. While it has always been frustrating, it has never been as bad as Pokemon Sword and Shield’s online functionalities. Before, you could directly request trades, battles, or other features with specific people on your friends list, with no randomness unless you specifically asked for it. Now? You have to match up by using four-digit codes, which anyone else in the world can also randomly use. There is no guarantee you’re connecting to the person you want. The Switch has built-in friends lists that Pokemon completely ignores. It is unfathomable that Game Freak decided to ditch the online groundwork they made over a decade ago that, while not perfect, worked fine, but I guess we didn’t need any of those other cut features, right? -John

TFW You’re Juicin’ Your Game Hard (Presented But Not Sponsored By Gamer Goo) Award For When It Feels Good to Play a Game [The George Wood Memorial Toy Story Play Control Award]: Devil May Cry V

Following an 11-year hiatus, and 18 years after birthing the genre itself, the original Devil May Cry series has returned in force with what is, almost undeniably, the crown jewel of the character action subgenre. Never have even the most basic of motions like a 3-hit combo or a stinger felt smoother or more impactful than they do now. Nero’s brutish and ruthless attacks, Dante’s cocky acrobatics, and newcomer V’s Chessmaster-like commandeering of his servants are some of the best examples of games conveying a personality purely through play.

Combined with a design approach that exhausts nearly every possible input in a controller and a full roster of enemies that stress all character movesets in different ways, engaging with DMC5’s combat at its most basic level is a superlatively satisfying experience already dripping with more depth than any other third-person action title. By the time you start experimenting with higher-level mechanics like parrying and switch canceling, DMC5 has even more to offer such as charge moves for Dante and Nero, using taunts to Jump, taunts to Juggle, and the charmingly bizarre Bringer Knuckle system. Not to mention the dozens upon dozens of edge case uses for the many Devil Breakers, style and weapon combinations, and character-specific boss interactions. All of this adds up to make DMC5 a fully-loaded creative kit, allowing you to freely express your artistic sensibilities through the medium of slaughtering demons. -Walker