We’re here, the final day! Today we had to squeeze an extra award in, but that’s just more for you! We’re awarding Best Surprise, Hella Brokenest, Best Ongoing Game, and Worst Game, as well as posting Rose and John’s personal lists. Also, Most Disappointing? We’re giving it its own article! Thanks so much for following us through 2019, and have a great 2020! 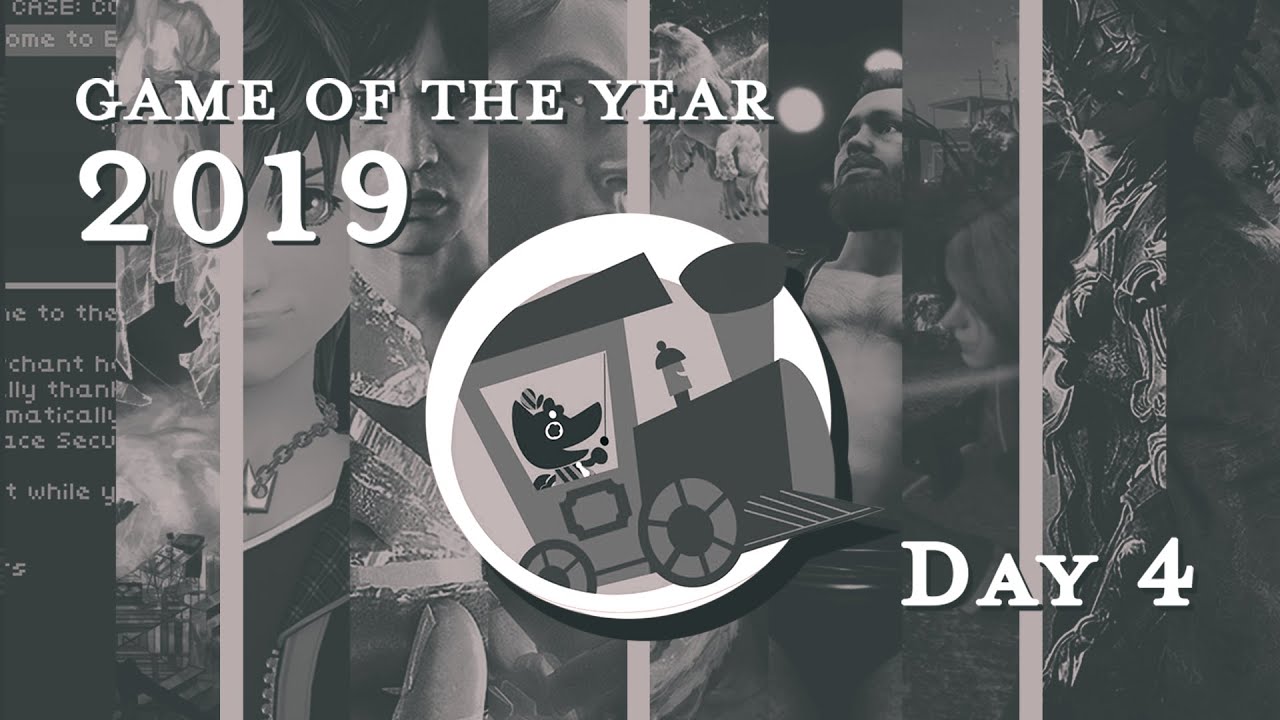 After thirteen years of waiting, Kingdom Hearts III was always going to be met with some sort of malaise, but the ways in which it let us down were so numerous and varied that it was kind of surprising! Whether it was because of corporate intervention or not, the rehashing of recent Disney and Pixar films felt so procedural and completely disconnected from the usual Kingdom Hearts bombastic nonsense. On top of that, new mechanics like Attraction Flow and some downright foul minigames made a gameplay system that by all accounts should be incredibly fun and polished feel more clunky than anything we had back in Kingdom Hearts II. Though the story side of things brought lots to the table, even that felt held back by a host of issues, including depressing misuse of female characters, bizarre pacing, and one of the most by the numbers trope-filled ending sequences imaginable. Maybe the Re:Mind DLC will help patch things up and give fans more of what they were hoping for, but the fact that we even have to hope for that is exactly why Kingdom Hearts III is a game that leaves us full of disappointment.

Runners-up: Hypnospace Outlaw, Baba is You

Going into this year, I think that most of us had our assumptions about what our favorite games were going to be, but I don’t think anyone was prepared for Disco Elysium to pop out of nowhere and kick all kinds of ass. With absolutely no marketing or bombastic lead-up, and created by art collective ZA/UM as their first project (with no prior games development experience), it’s absolutely incredible just how big Disco Elysium has blown up over the last couple months. With stellar writing, great characters you love to hate, and a stunning style all its own, you’d be hard-pressed to find yourself not smitten with everything it has to offer.

In an era where RPG systems have been tacked onto almost everything, it’s incredibly impressive that Disco Elysium manages to offer a swathe of character archetypes that all feel well written and considered like you’re actually “playing” a “role”(!!!). ZA/UM’s team wasn’t afraid to show their political leanings either, with much of the game focusing on communism, fascism, capitalism, and how they all intersect in power structures at varying levels, while making sure you have a pretty good idea of what the developers’ sentiments might be regardless of your playstyle. Rarer still, Disco Elysium is a game without any sort of combat system, which is always a welcome change of pace in a medium so driven by war and strife. If you haven’t tried Disco Elysium for yourself, we encourage you to take a chance, so you can be just as surprised as we were. -Rose

Despite a slew of post-launch patches, WWE 2K20 still manages to be an absurdly broken game in ways beyond just the obvious bugs that plagued its harrowing launch. For a while, you weren’t able to actually have matches with created wrestlers, and trying to import parts from one Create-A-Wrestler to another would crash the game entirely. The bugs in character creation are still so bad that the community’s most talented and well-known CAW creators refuse to make new wrestlers, meaning that even the passionate community won’t be able to fill the obvious gaps missing in this year’s paltry roster.

Quality of life features that existed in previous installments are just plain gone, and the controls are still a baffling mess that are off-putting to new and old players alike (with no options to customize them either). A ton of move animations were needlessly slowed down, making the game feel more sluggish than previous iterations. Tons of cosmetic unlockables which used to be unlocked with a DLC Unlock Everything option (that this game STILL has) are blocked behind tedious, unfun game modes that require you to do things like replay the story over and over and over again. When you think you’ve unlocked everything for every class, you’re not finished yet. You haven’t unlocked everything for every class for that gender yet. It’s astounding how bad this system is. Make no mistake, no amount of patches are gonna fix the problems with this game anytime soon. -Scott

It’s certainly been an uphill battle this decade for Final Fantasy XIV, but with the release of its third expansion, Shadowbringers, earlier this year, all the momentum of its rebirth has come to bear upon the online gaming scene. While it’s always been one of the big online games of the past few years, 2019 was the year it dominated. Shadowbringers contains a well-crafted, personal story alleged by many to not just be the best chapter in Final Fantasy XIV, but one of the best stories in the Final Fantasy franchise. Characters who have been in the game since its inception are fully realized as the ad hoc family they were always meant to be, and they all bring new facets of their personalities to the forefront while staying true to their older writing.

A plethora of quality-of-life changes have also been included to smooth out the overall experience; combat jobs had an entire resource removed which only served to hinder their gameplay in the past, and crafting jobs have been made much more accessible to learn and level, just to name a couple. In addition, phenomenal music by the sound design team breathes new life into the game’s soundtrack, including bopping techno, calming jazz, and some seriously banging guitar riffs. Shadowbringers showcases Final Fantasy XIV at its finest, and based on the post-launch patches so far, it’s only going to soar to new heights in the coming year.

A year ago, The Quiet Man seemed destined to be crowned the Worst Game of the Generation, but not even three months into 2019, Square Enix outdid themselves with Left Alive. Shamelessly rushing to fill the void left by Hideo Kojima’s departure from Konami and the subsequent death of the Metal Gear franchise, Left Alive feels like the kind of low-budget mockbuster that came into vogue in the film industry a decade ago; it is to MGS what Transmorphers was to Transformers. Square Enix were so hell-bent on rushing to fill the void left by MGS that the game’s audacious co-opting of in-game audio and visual elements from MGS even saw longtime Metal Gear artist Yoji Shinkawa brought on board to do key art for Left Alive. Unfortunately, Left Alive plays as if it was made by a team that had never so much as touched a stealth game before; there are no options for silent takedowns, actually sneaking around is a frustrating affair, enemy placement is senseless, and should you get spotted every enemy on the map immediately converges on your location. It looks dreadful, feels worse, and its plodding, nonsensical storyline is a depressing bore. Left Alive isn’t just a monstrously bad video game, it’s comfortably both the worst of this year and the generation. -Niall