It’s Day Three and this GOTY don’t stop rolling! We continue our journey across the year in gaming’s landscape with a look back at the Best Writing, Best Surprise, Most Disappointing Game, and everyone’s favourite, the coveted What the Fuck Award!

As always, we’ve got both full write-ups and a handy video guide to today’s awards! 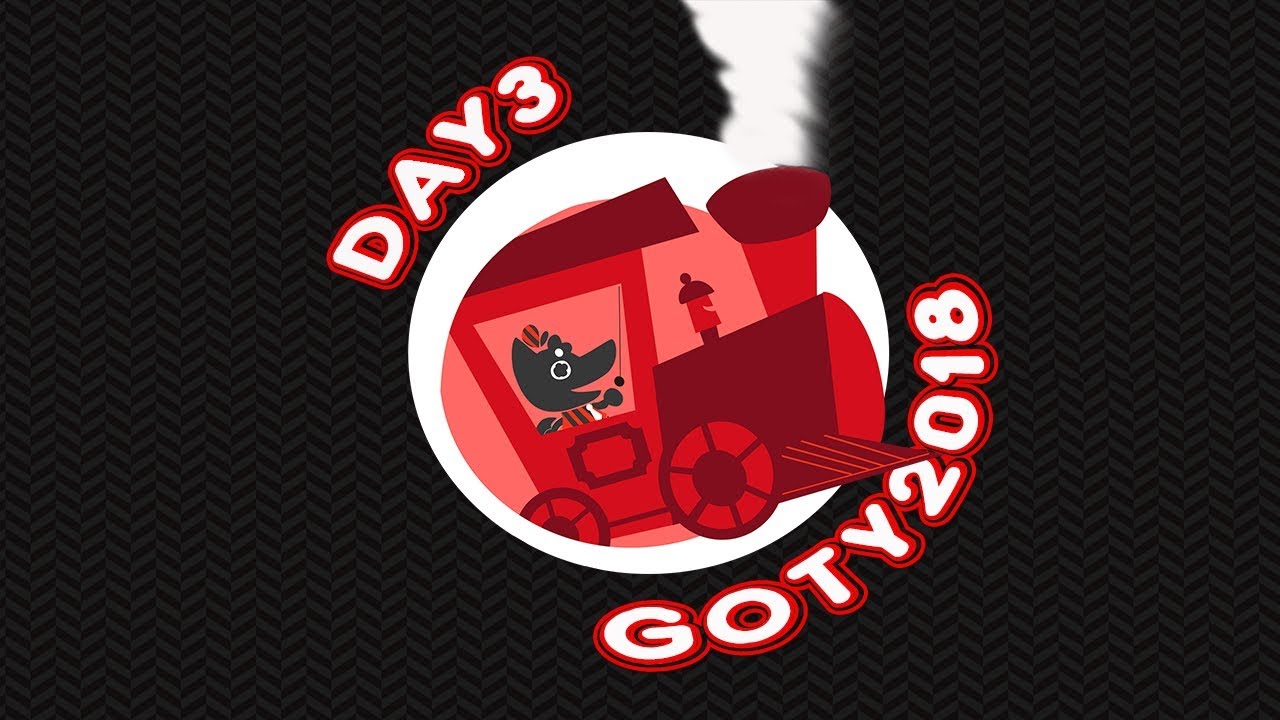 Runners-up: THE MISSING: J.J. MACFIELD & THE ISLAND OF MEMORIES, Bloodstained: Curse of the Moon

Released out of nowhere for free on Halloween, Deltarune immediately proved itself to be a captivating experience. From its intro sequence until the final moments of what’s only the first chapter, the entire experience is as gripping as it is clever, playing on every expectation an Undertale fan may have. Not only has the combat system been revamped to accommodate multiple party members with various roles in the group, but even familiar characters and story beats have changed in unpredictable and unusual ways. Despite being a vastly shorter experience overall, there’s a lot about Deltarune to discuss and unpack, even as we go into 2019. With Toby Fox hitting on all fronts again, it’s no surprise that Deltarune manages to be 2018’s best surprise.

It’s no secret that the hype-cycle for Triple A game development has been out of control for years now, but it’s phenomenally difficult to think of an example of a game failing to hit the mark of expectations quite like Red Dead Redemption 2 did. Rockstar games have occupied a weird space for a while now where they’ve been held up as immersive and bold for decisions that other games have been repeatedly derided for, and seeing the trend continue in the wake of Red Dead 2’s release has been pretty baffling. An overblown, bloated mess of a product that sacrifices fun for “realism” and “immersion”, except for when it doesn’t, Red Dead feels like an example of a game that wants to have its cake and eat it too. Useless and unnecessary systems pile on top of useless and unnecessary systems to create an experience that’s less a video game and more of a chore. That bloat, combined with stiff, awkward gunplay, a story that could easily have had at least ten hours of fat trimmed from its hide, and an inconsistently written protagonist who flits between the honorable cowboy and a complete sociopath with such regularity that it sometimes happens multiple times in the same mission, only serves to make Red Dead 2018’s biggest disappointment.

Best Writing: THE MISSING: J.J. MACFIELD & THE ISLAND OF MEMORIES

Runners-up: Heaven Will Be Mine, Deltarune

Swery has always been known for entertaining writing, even if that writing wasn’t always the best, but THE MISSING feels like an entirely different format for him. While there are still moments of those classic Twin Peaks-esque non-sequiturs explaining some sort of specific concept or thing, the story focuses a lot more on text-based and realistic interactions. Since most of the game is told through a series of text messages gradually unlocked on J.J.’s phone, we get to see a different form of character writing, which is actually accomplished quite well. While plenty of games like Persona 5 or Spider-Man have integrated instant message style conversations into their game, they’ve never been the entire crux of their story. Being able to see the different ways that J.J. interacts with others demonstrated through word choice and honesty without hardly a hint of the stereotypical writing a lot of outsider writers tend to lean towards with queer narratives shows exactly how much research and discussion must have been done with real and actual people. THE MISSING makes me excited for the prospects of more modern methods of storytelling in the future, where a story doesn’t have to be told strictly through disembodied and one-sided audio logs, but through a different and less vocal form of conversation.

What the Fuck Award: Fallout 76

From infinitely fast walking speeds to nylon bags to completely doxing their own users, Fallout 76 was truly 2018’s shittiest gift that kept on giving. Originally pitched as everything you’d expect from a Fallout game but online, reality quickly set in as it became painfully clear that this was going to be a paper-thin cash-in. Even players who tempered their expectations were not prepared for the absolute shitstorm surrounding this game. Even now, more and more disappointing news keeps coming out about the future of Fallout 76. The game’s most diehard players and defenders are now upset that the new cosmetic purchasables in the in-game real money store are going for upwards of 20 dollars per costume. Not to mention as found in a recent changelog, the game will soon support the biggest wet fart in the entire game industry: loot boxes. Shine On You Turdy Diamond.