At the 2018 Final Fantasy XIV Fan Festival in Las Vegas, game director Naoki Yoshida kicked things off with a keynote speech about the future of Final Fantasy XIV. As is tradition with these speeches, the main focus was on the next expansion pack for FFXIV, which is now known as Shadowbringers. 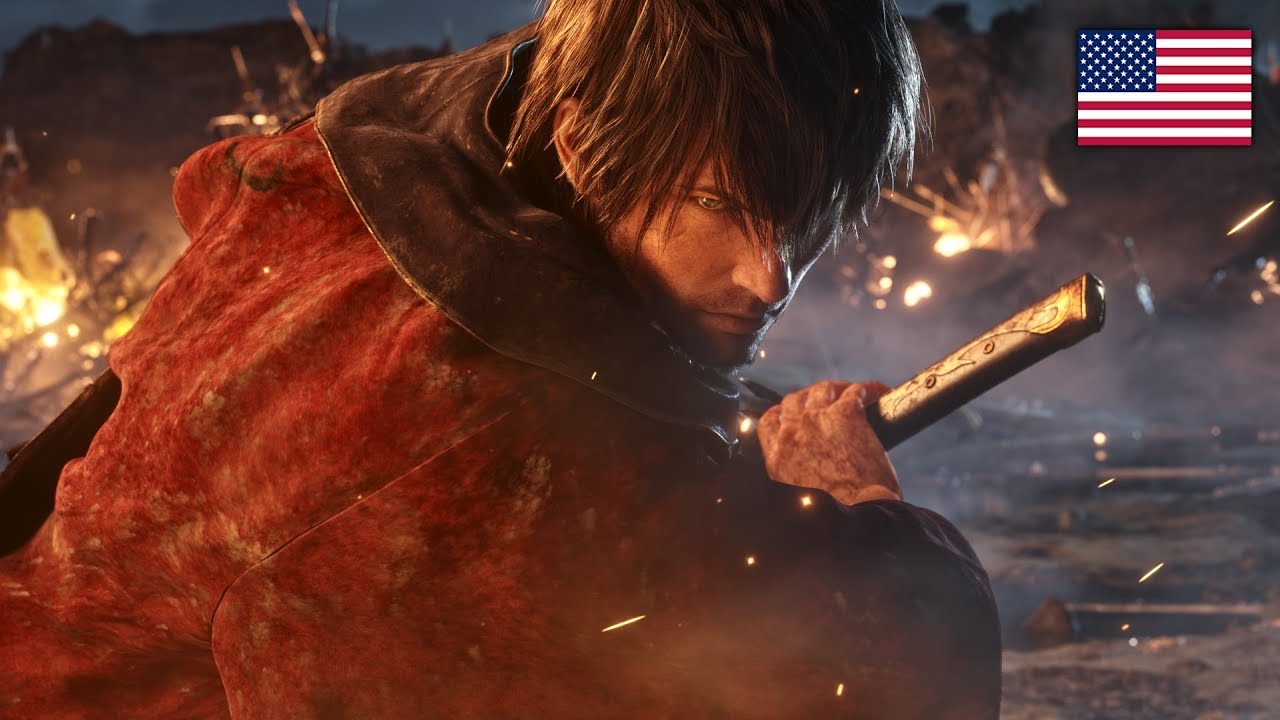 The initial teaser trailer for Shadowbringers paints a much more dark and gritty story than what Final Fantasy XIV has offered before. As Yoshida later outlined, the main scenario this time around will be about the destruction of the Garlean Empire, as well as the transformation of the player character from the Warrior of Light to the Warrior of Darkness. Yes I am absolutely eating that up thanks for asking.

As with most expansions, Shadowbringers will be bringing a host of new features: including new jobs, new areas, a new level cap, and all sorts of other fun odds and ends. While Yoshida didn’t have anything to say about the new jobs yet (begging the crowd to understand that he has to wait until the European Fanfest in February to talk about them), the teaser trailer and most of the recent FFXIV story content has had gunblades so… it’s probably a gunblade job.

For areas, Yoshida showed a big luscious forest reminiscent of the ones in games like FFXI or FFXII, which are much different from how most of the forests have been in XIV thus far. He also showed an ominous desert like area called Amh Araeng which is certainly some letters put together to form a fantasy name.

In more impressive changes, Yoshida outlined some more minute changes and additions to the game that will have been long awaited, but not exactly barn burners. All classes will be using the same resources now, combining the previously seperate TP and MP bars into one resource every class will use. This is a great change because a lot of classes like Ninja just sat there with an MP bar that was completely useless, and it might even mean some changes to the way casters use their mana.

Players will also finally be able to visit other servers on the same datacenter, letting them play with friends who aren’t typically in their game world, by transporting from a crystal in any of the three starting cities. This’ll be a great way to maintain individual server identity, while curbing the problems that have been plaguing the game for years involving players flocking to specific servers because they’re more popular.

As usual classes will be getting changed around too as the level cap increases from 70 to 80, hopefully fixing some of the clunky problems that were brought along for the ride with the current expansion Stormblood. I personally am hoping for a big revamp of the tank classes, because they’ve been having a bit of a dry run for far too long. Yoshida also mentioned that healers will be able to see more specific things in-game, like how much of a healing barrier is left on any given player for example. 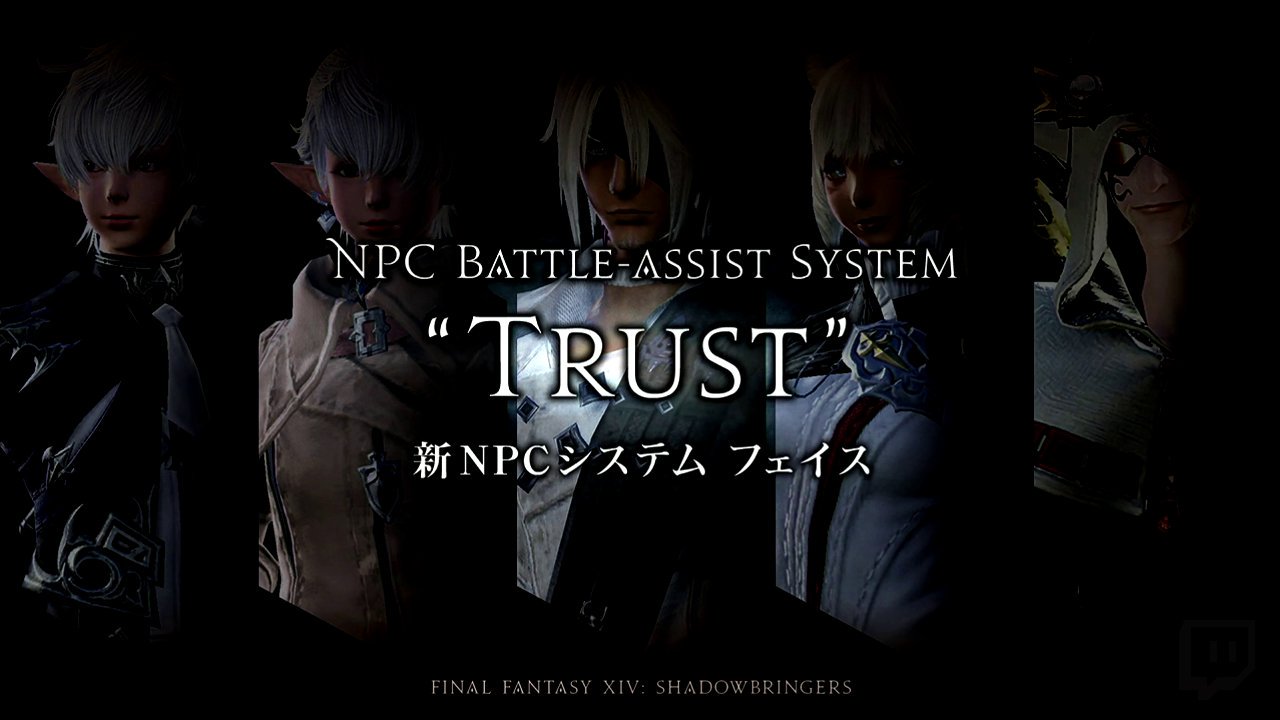 In more exciting news, the “Trust” system from Final Fantasy XI, which let players take AI-controlled versions of their favorite NPC’s into combat with them, is actually getting implemented into FFXIV. While Yoshida “couldn’t say” what characters will be implemented, he did say that it will be a system that will be supported for many years to come, and they’ll keep adding whoever people ask for. Players will be able to use Trust to take their NPC buddies with them into dungeons and instanced content, including the new leveling content that will be coming with Shadowbringers, which is pretty exciting! This system was a lot of fun in FFXI, and helped solve the problem of wanting to do some content that you just don’t have the people around to help with at the time.

As folks have demanded for years now, a “New Game +” feature will be added to Final Fantasy XIV as well. Players will be able to go into old story content- including battles, sidequests, and cutscenes- all at their current level and progress. This has been widely demanded by players who wanted to re-experience the more interesting battles of the story, without having to roll an entire new character and slog through everything to get to that stuff. It’s cool! it’s a win win type deal!

Crafters and Gatherers will also be receiving new end-game content in the form of the reconstruction of Ishgard. Ishgard was the city-state that Heavensward largely took place in, and it’s been kind of fucked for its entire existence. Well, no more! As suggested by Yoshida, the city will be gradually rebuilt by willing players who prefer the more economic side of FFXIV, and maybe even open up the possibility for the long desired Ishgard housing district to become a reality.

Towards the end of the presentation it was announced that there will be a seventh (and most likely final) playable race added to the game. While Yoshida couldn’t say anything specific apparently, he had fun playing his usual game of “hey the hint is on my shirt” by turning away from the audience to reveal an incredibly gaudy Bugs Bunny shirt that kind of actually wraps back around into being sick as hell. So yeah, that probably means they’re adding the huge bunny ladies from FFXII, Viera, that players have been asking for forever.

While it finally seemed like a tease for Viera would be the end of the presentation, Yoshida was interrupted mid-finale by Yosuke Matsuda, the president of Square Enix, who was dressed as a Blue Mage to yell at Yoshida to announce a new job.

This is when me, your beloved writer, explodes with joy because I have been out here on the streets spreading the good word of Blue Mage for goin’ on four years, and holy shit did I get what I wanted. 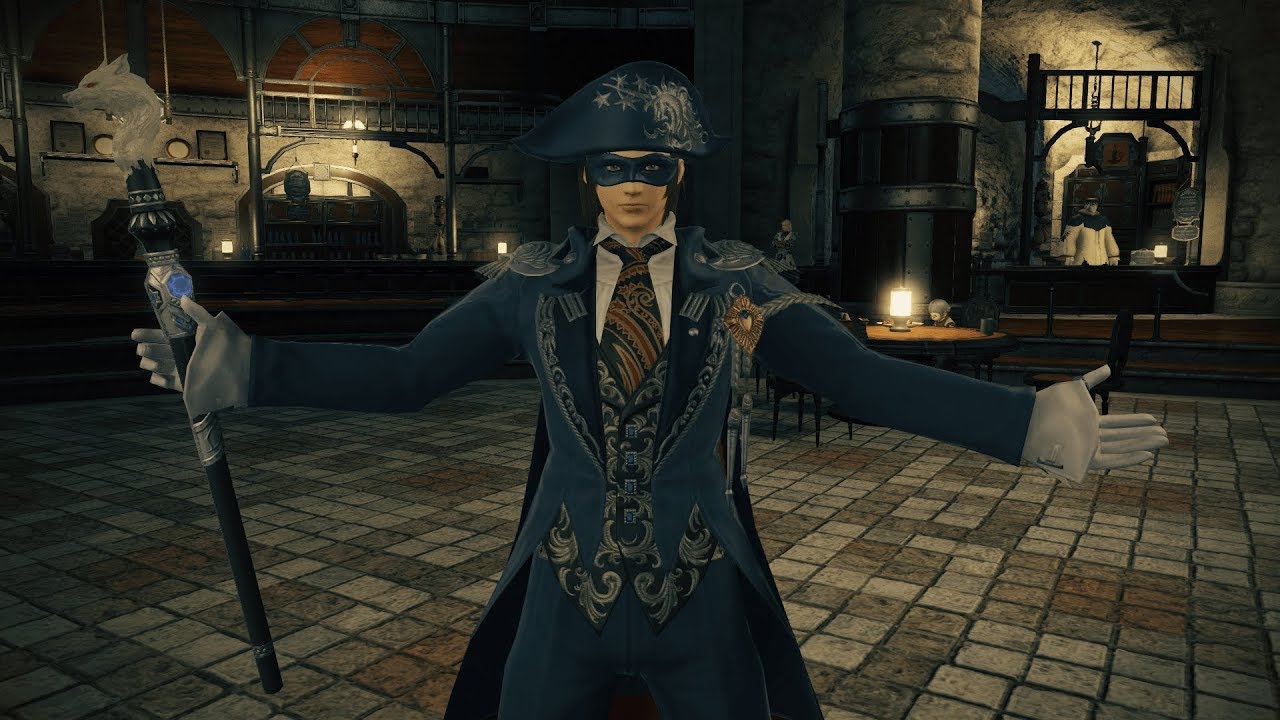 Blue Mage is not one of the new jobs for Shadowbringers, but instead a job that will be released with the next patch for the game in the next month or so. Blue Mage will be true to its roots and allow players to learn dozens of moves from various monsters across the game, including boss fights. This is fucking nuts and my girlfriend for years had been yelling at me and leaving me sad hiding under a blanket about how “oh waa blue mage will suck they shouldn’t put it in it’ll suck waa i’m stupid” and well she was right about the last part she is stupid because check this shit out holy hell. 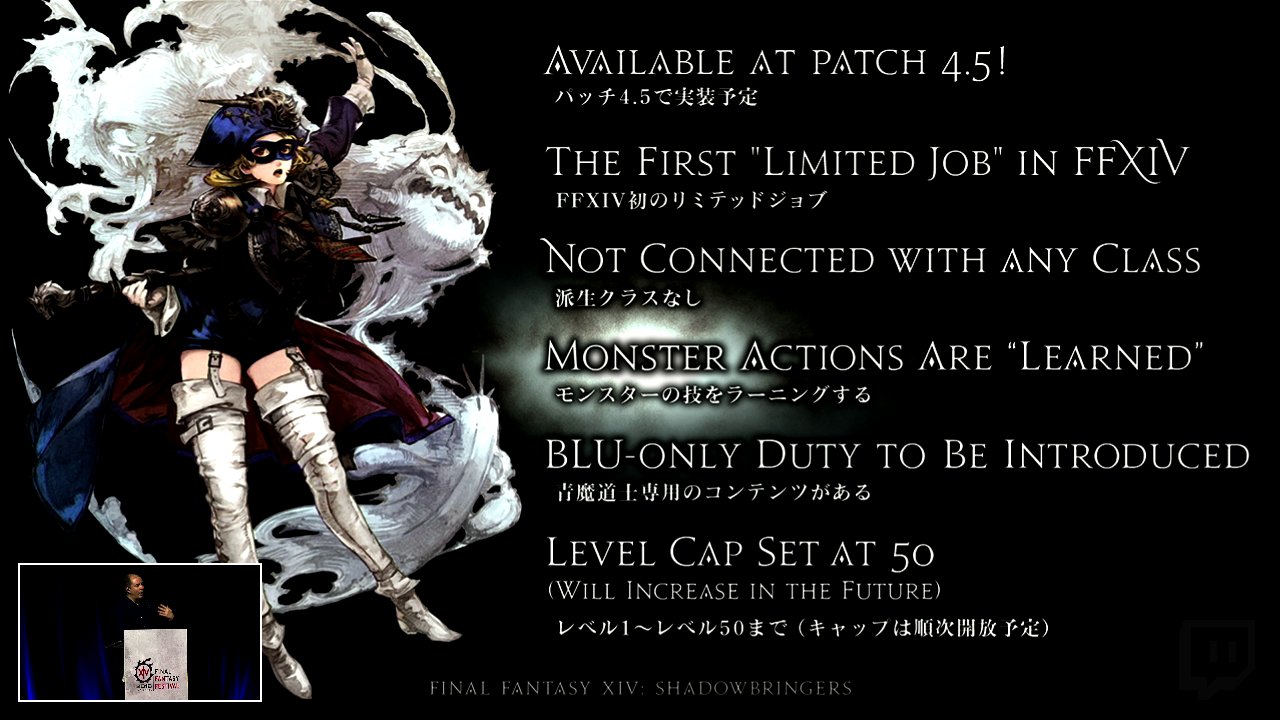 As the first limited job (which will be explained further during a panel tomorrow) Blue Mage will start at a level cap of 50, but gradually have that cap raised over the course of Shadowbringers. Blue Mage is themed more like a performer than the weird but sick as hell middle eastern theme it had going for it in Final Fantasy XI, and will have a specific class duty in the new patch.

While more will be talked about for the next (and possibly final?) patch for Stormblood tomorrow, everything that’s been talked about for Shadowbringers feels custom-made for the coolest people in the world (the ones who like darkness and being edgy, you’re the cool people out there friends). Shadowbringers will be launching in early summer of 2019, which probably means June, because that’s what it’s been the last couple times.

In the meantime check out this sick as hell Yoshitaka Amano art for the expansion, because I sure as hell am.