This weekend, FFXIV wrapped up its Fan Festival world tour with its European incarnation in Frankfurt, Germany. Like with the Fanfests before it, a lot was revealed about the upcoming expansion, Stormblood, and what else can be expected for the future of the game.

Most of the information revealed was during the opening keynote speech, which started with the full opening cinematic for Stormblood. 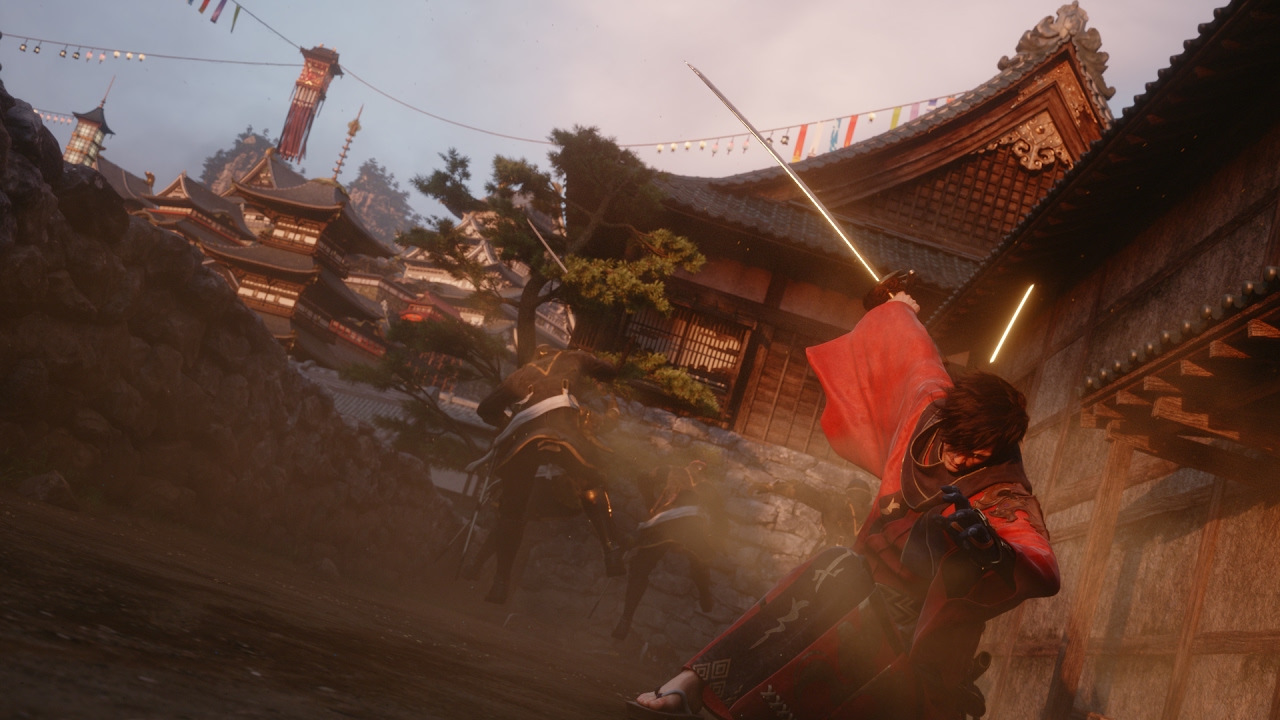 With a lot to unpack, let’s look at this step by step.

The first big reveal was of the second, and final job for Stormblood: Samurai. Taking on the role of a melee DPS, Samurai’s main class gimmick seems to be charged attacks, as well as the utilization of multiple “Sen” stances to preform stylish, and effective, sword slashes. An interesting thing about Samurai is that each and every sword sheath will be custom designed to fit each new weapon, which will definitely make for some really stylish pairs.

Unfortunately, despite the first expansion, Heavensward, introducing three new jobs, game director Naoki Yoshida said that the strain of developing three unique jobs was too much for the development team, so Stormblood will only be introducing Red Mage and Samurai. While there’s nothing wrong with developers learning their limits and adjusting to them, implementing only two jobs, both of which are damage, will probably lead to a much longer wait to get into queued dungeons like duty and raids since there will be a surplus of players wanting to play the hot new thing.

Though people were excited about Samurai, the biggest reveal of the Fanfest had to be that Stormblood will not solely be taking place in Ala Mhigo, but also on the far eastern continent of Othard. With this reveal, the world map of FFXIV went from this:

With the addition of Othard, the main scenario of Stormblood was revealed to not only be about the liberation of Ala Mhigo, but also the liberation of areas across Othard such as Doma, Hingashi, and the Azim Steppe.

Doma has been talked about for a very long time in Final Fantasy XIV’s story, so it’s great news to hear that players will be going there, especially for those who were worried Stormblood would be an expansion all about deserts and wastelands.

To assuage fears for people who did want deserts and wastelands however, Yoshida described the main scenario for Stormblood as being about 50% Ala Mhigo, and 50% Doma. Yoshida also announced that the previously teased fourth residential district, an area where players can buy houses, would be in Othard, in the Eastern-themed area of Shirogane. Though players will be able to access this area when Stormblood launches, they will not be able to purchase any of the housing plots for a few weeks to allow players to both save up the money they need, and relax and play through the expansion at their own pace. Since the core gameplay loop of FFXIV is all about clearing dungeons and beatin’ up primals, the ending of the keynote showed us a little of both.

For Stormblood, we were already shown a new beast tribe, and the primal they worship in the form of the serpentine Ananta and their goddess Lakshmi at the first Fan Festival. This time around we were introduced to the Kojin, a race of turtle-like traders who live under the sea. Yoshida described them as people who see the gods in everything, and actively seek out different types of treasures for traditional purposes. There is one god that they revere above all others however, the Lord of the Revel, Susano, a massive armored deity. In Japanese Shinto myth, Susano-o was the god of storms, so it’s probably safe to assume that the FFXIV incarnation will be as well. For dungeons we got a quick peek at our first new Stormblood dungeon, The Crown. Starting in a ship graveyard, The Crown seems to send players across the remains of several crashed ships, onto a ghost ship, and then to a small island with an eerie lighthouse. Though there wasn’t much to grab from the short glimpse we got at it, it seems like Stormblood dungeons might be a little more cinematic than a trudge through one specific location.

Outside of these few big announcements at the keynote, there were multiple panels throughout the Fanfest where Yoshida and other members of the FFXIV development team talked about a lot of less bombastic changes that will be coming to the game.

To start, during the first Q&A panel, Yoshida was asked to elaborate what was mentioned at the first Fanfest with regards to a battle system overhaul. Though he couldn’t talk too much about specifics, he did explain that the main design ideology behind it will be to equalize the difference between the skill floor and skill ceilings for each class. During Heavensward, Yoshida said the team realized that a lot of the changes they had made to each job ended up making most jobs much more complex to play, leaving the difference between a good Summoner and a bad Summoner was no longer 200-300 damage per second, but more along the lines of 1000-1500, which is a much worse disparity.

Yoshida also reiterated that several less than useful abilities currently in the game will either be pruned entirely, or reworked into other more useful abilities to try and lower the amount of unnecessary skills clogging up players’ hotbars. At the new level cap of 70, Yoshida said these changes will make it so that even with their new Stormblood abilities, players will have around the same amount of skills that they did at level 60.

Later in the Q&A, Yoshida was once again asked by a player if an in-game parser, something that lets players measure how much damage they’re doing in a tangible number, would ever be implemented into the game. Yoshida’s response was to first try and run away, and second, to explain that they don’t want to implement such a feature, due to the already large amounts of harassment reports they end up getting because of unofficial parsers.

Yoshida did tease that for players who want to get better at DPS and see themselves execute better, they will be implementing something that sounds like a way to repeat certain phases in a given fight. Though he couldn’t say when it would be coming, a player being able to test and perfect each individual phase of a fight without having to repeat the entire duty would be a fantastic addition to the game.

To round out the ending to the Fan Festival on Sunday, Yoshida and head of North American localization Michael Koji Fox held a Live Letter to discuss the upcoming release of Patch 3.55a.

Releasing on February 28th, Patch 3.55a will include several new features including main quests, a fight against Proto Ultima, and several other side quests. Yoshida explained that this is Patch 3.55a because the largest addition of the patch, the revised new iteration of the much detested Diadem, ran into some bugs while they were finishing development. Yoshida promised that the new Diadem will be out soon, but couldn’t say whether it would be a week, two weeks, or even more after 3.55a.

The main scenario will be hefty this time around, finishing the cliff hanger left by 3.5, and setting up just why players will be doing whatever it is they’re doing in Stormblood. Though it was specifically avoided how it will be fought, Proto Ultima will be somewhere in the game for players to fight, and will drop item level 270 accessories to help players who may not get the opportunity to do Savage raid content a chance at some good gear.

For side quests, Zhloe Aliapoh will be introduced, a woman who has several specific jobs to do for both crafting and gathering classes. Yoshida explained Zhloe Aliapoh as a new recurring quest line that will help give players who prefer to craft or gather things something more interesting to do. For combat players, the Anima weapon quest line will also be completed, with a final step that will more than likely leave players with a relic weapon item level of 275, and a fancy new glow. At the end of it all I’m probably left thinking the most about just how cool it is that we’ll be able to go around and explore Doma. For the past couple years of FFXIV, it’s been pretty obvious that the next expansion would be in Ala Mhigo, but to take that idea and then expand it over into another fascinating area of the world that players have been constantly told about really leaves me optimistic about the future of FFXIV and its future expansions.

Though I would’ve liked Blue Mage, the fact that Samurai is being done right, and introduced in an appropriate locale is very well thought out, and I’m still holding out hope that maybe we’ll get a third job dropped in at some point during Stormblood’s life cycle ala Ninja.