To start Day 1 of E3 2021, Guerrilla Games and Wholesome Games curated a long, long bevy of 70 different games. Allowing us to ease into a day full of games with soft kindness. Out of all 70 games, Elvie and Solon grabbed a selection of games to highlight how much creativity there is in the indie scene this upcoming year!

You know how in Zelda games Link always walks into a dungeon and everything’s like perfectly sized for him? Well, same spirit of dungeoneering, but now you’re a gecko! In The Gecko Gods, everything’s much larger than you and definitely still made for people, but you’re doing your best by walking on walls, jumping over gaps, and solving puzzles. Little Linky lizard slinking ‘round some ruins solving mysteries and stuff! The dynamic where everything in these rooms is perfectly still until you interact with it was really captivating! 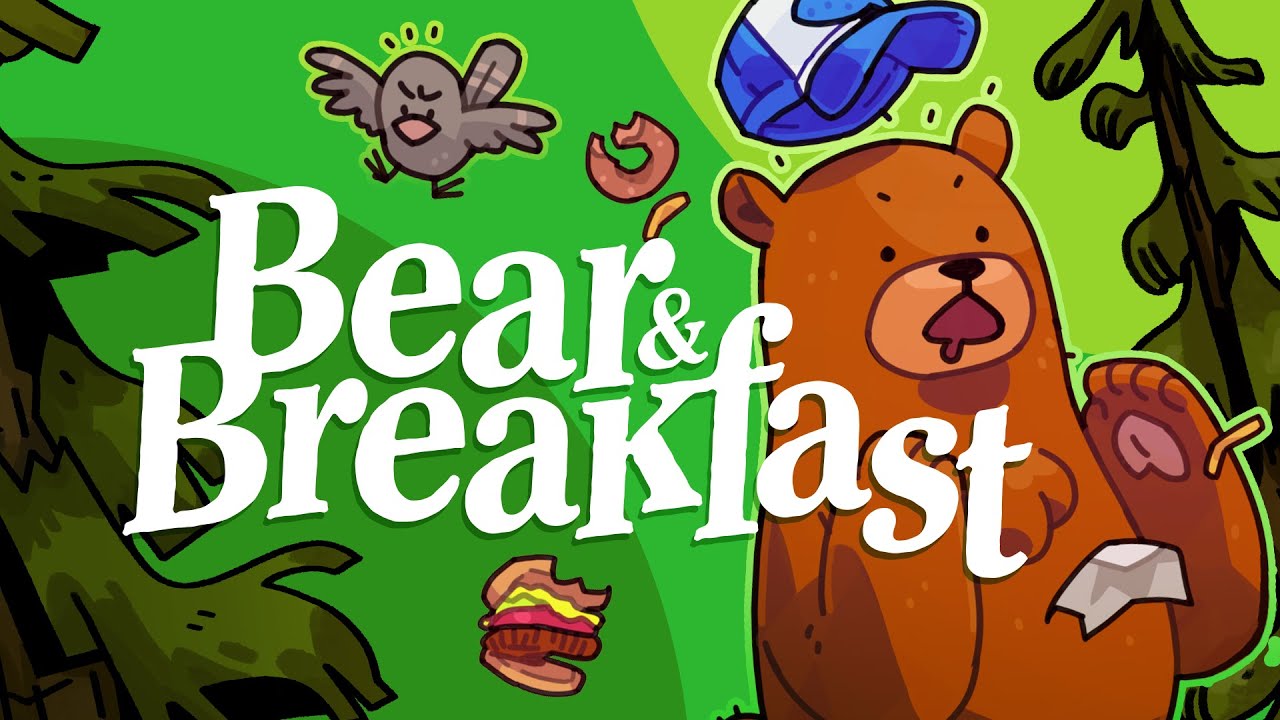 Look at that damn cute bear! In this management sim, Bear and Breakfast has you play a bear trying to run a bed and breakfast alongside his fellow forest-bound friends—all while possibly learning that there is more to the wood itself. 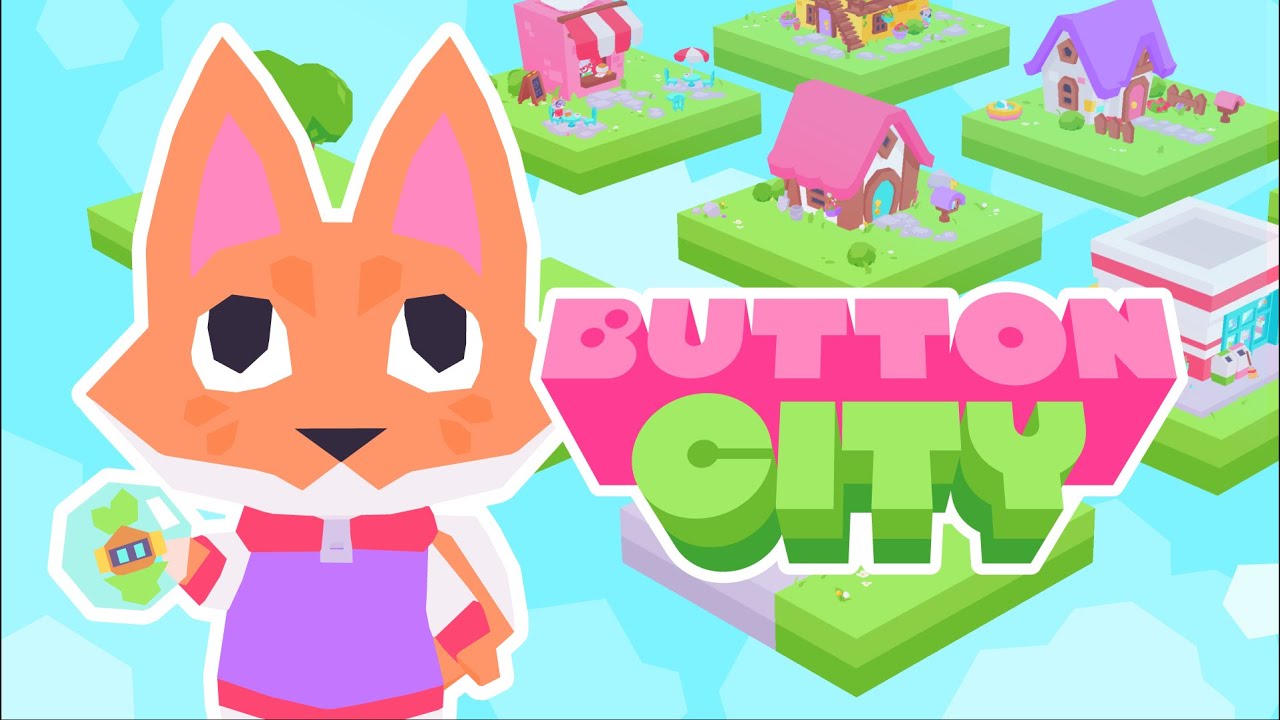 A lot of indie games this year are working towards being feature-rich and full of different modes and mechanics to play with, and Button City is one of these that puts in all the systems I love to see. I’m not one for farming and house-sim mechanics, but show me a car INITIAL-D DRIFTING and I’ll freak out. Button City has you taking down capitalists with all your friends with a pastel-y and anthropomorphic style very reminiscent to Ben Esposito’s Donut County and that’s always a headspace I want to be in. 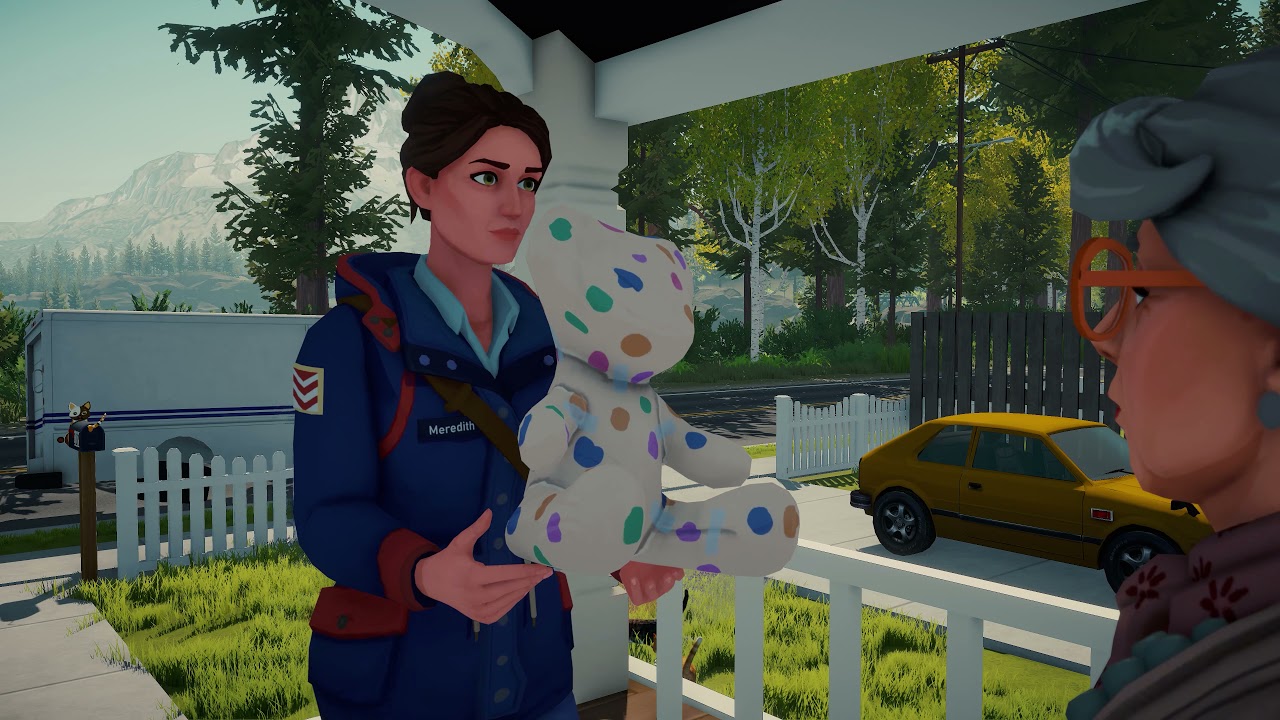 Man, if you haven’t been really keeping up with things this past year, or just somehow never gotten mail ever, you would know our country’s public postal system deserves better! I am actually not sure what Lake is trying to do here, but I’m intrigued. In lieu of many cheesy Christmas movie rom-com premises, you were a #girlboss who was just sick of urban life and decided to lay down low moving back to a smaller community in the suburbs; except instead of falling in love with a prince from a fictional country, she decided to become a mail carrier! Through your job, you get to know the residents of the town more, and perhaps are bound to fall in love at some point anyway, 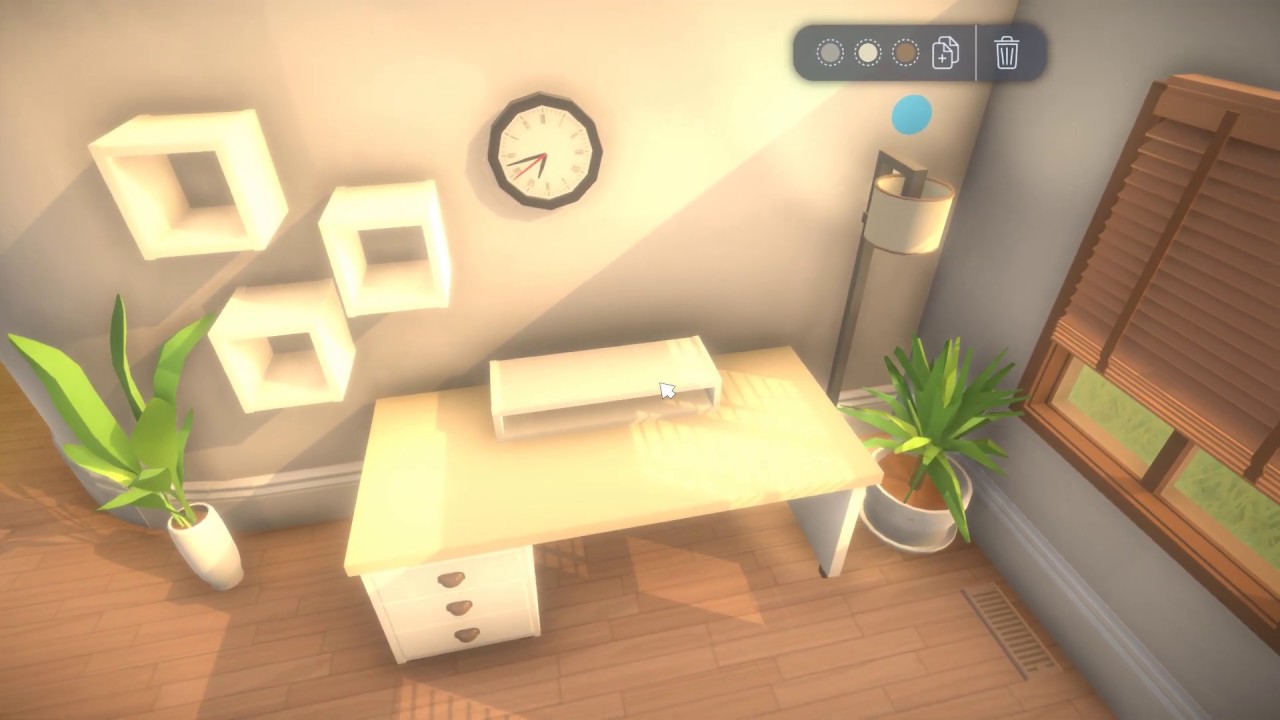 I’m looking up more about Paralives right now, and the trailers that played during Wholesome Games didn’t even give us half the picture. I’m enraptured by how Paralives let’s you cleanly control building a house like it’s The Sims, but with way more architectural customization, by letting you extend walls and adjust elevations, you can express a character’s stylings so much more thoroughly and subtly than simply filling a flat square with knick-knacks. This is the aspect of interior-decorating that gets me excited, and on top of that, looking through the dev documents, it seems there are full characters and narratives that are currently being built out. Plenty to come from Paralives! 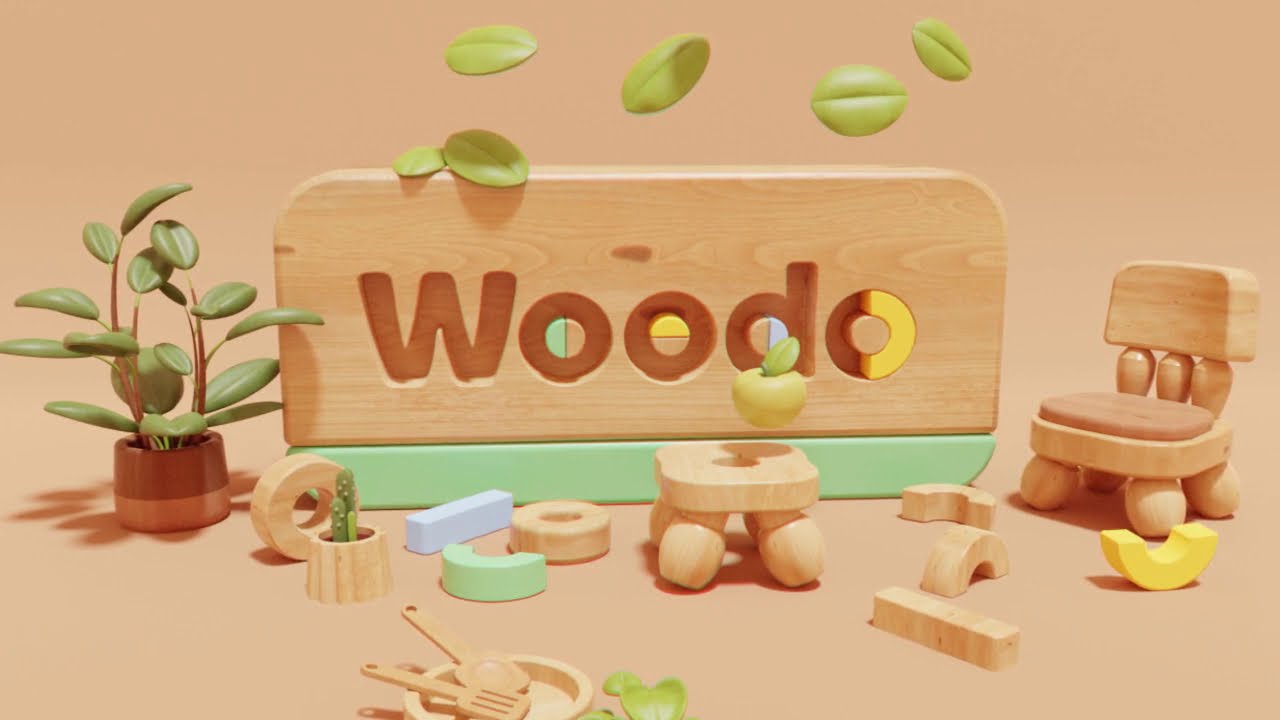 You know that baby puzzle-solving toy where you have to put a shape in the right hole? That is what Woodo is! But more complex! Woodo is based on the charm of wooden toys all in video game form. You scan through rooms to fit objects all in the right place where they belong, and these challenges seem to increasingly get harder as the scope of the room expands. It’s a rather simple concept that can still get your brain juices flowing while innately tapping into your inner baby—and I think it’s brilliant!

We Are OFK – by Solon
OFK 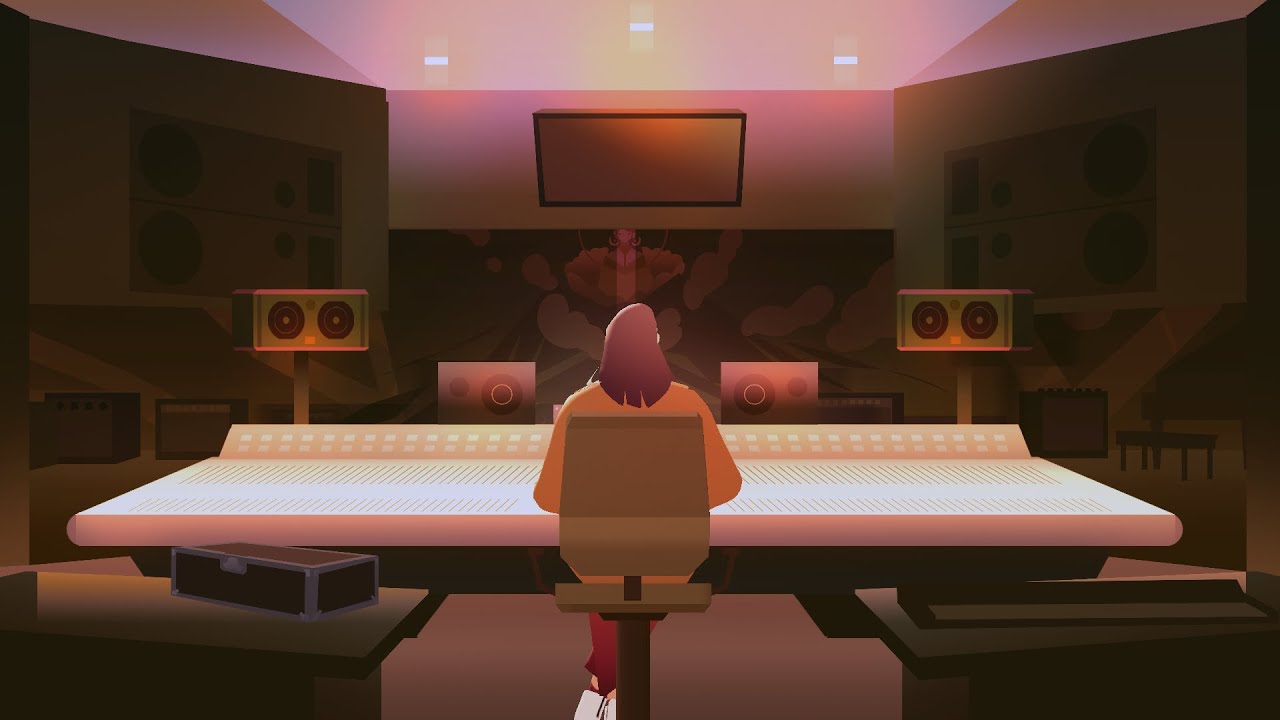 So this confuses me and charms me. OFK is like supposed to be an actual band IRL but virtual, kiiinda loosely like the Gorillaz, but as far as I understand they mostly exist for this game, whose trailer is super well done! I’m not sure what direction the game itself is going and so this is something I want to keep a close eye on because there’s so much messaging that seems like It’s desperate to be seen bya millennial audience, but also deeply corporatized for marketing purposes. I think I’m capable of being hype for a trailer and also skeptical of the direction it’s going in? Either way, We Are OFK is going to be fascinating to see this develop. 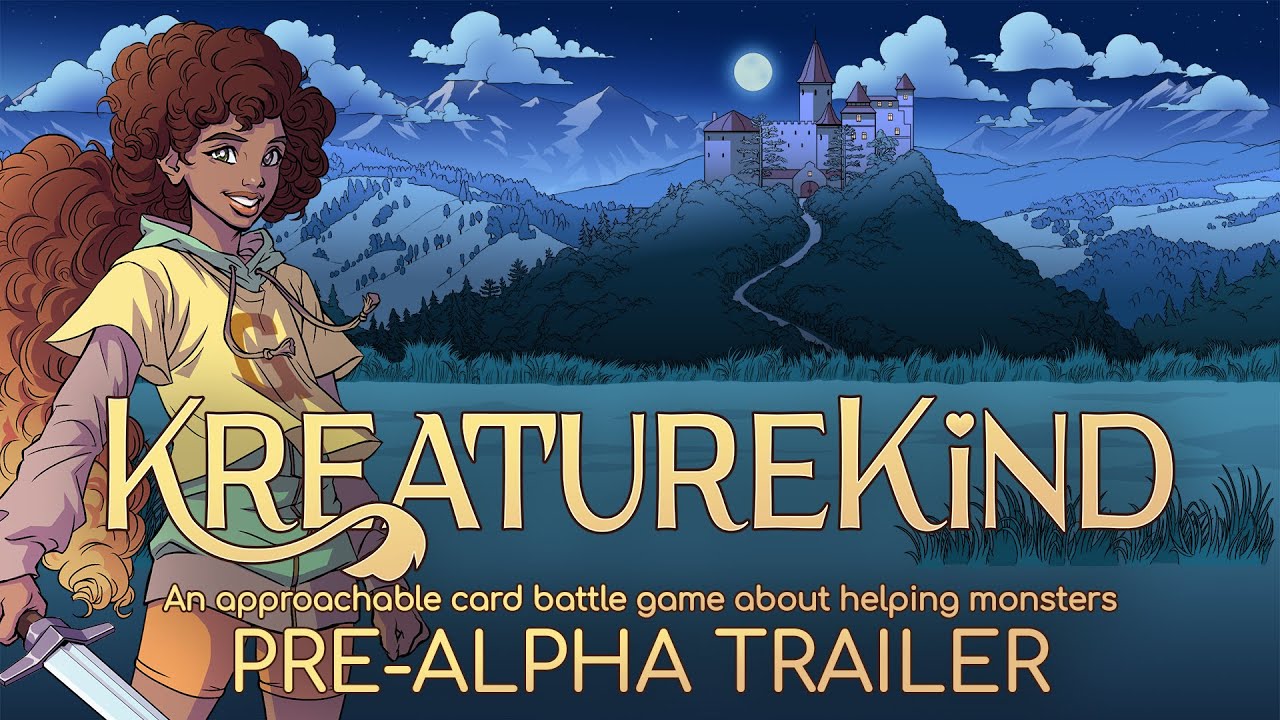 KreatureKind had an awfully short teaser within the grand scheme of the Wholesome Games’ showcase, but it captured my eyes with its stunning, highly illustrative, character-driven art style. A card battler, KreatureKind takes heavy inspiration from fantasy and subverts our usual expectations of combat by instead having you kill things with kindness. Despite the very little we have seen with the game thus far, its concept certainly puts “wholesome” in Wholesome Games. 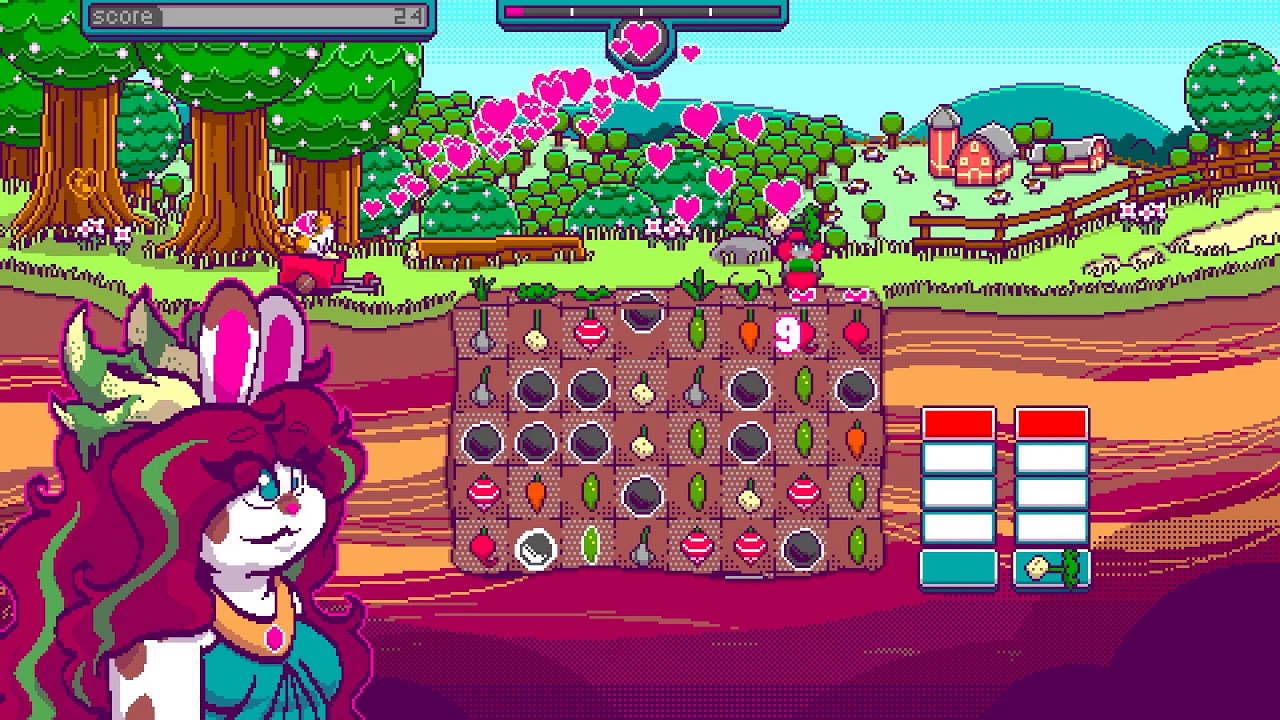 There were so many Witchy Puzzle Farming games throughout the E3 lineups today, and for me, Princess Farmer as well as Spirit Swap: Lo-fi Beats To Match-3 To both scratched a really nice itch for me aesthetically and mechanically. If I could just smoosh them together into like one of those 2-pack DVDs you used to see at the grocery store it would be perfect. I think the Switch actually has that functionality? Either way, be strong and gay and beautiful and match-3 to farm up some witch’s brew while some hella good tunes play! 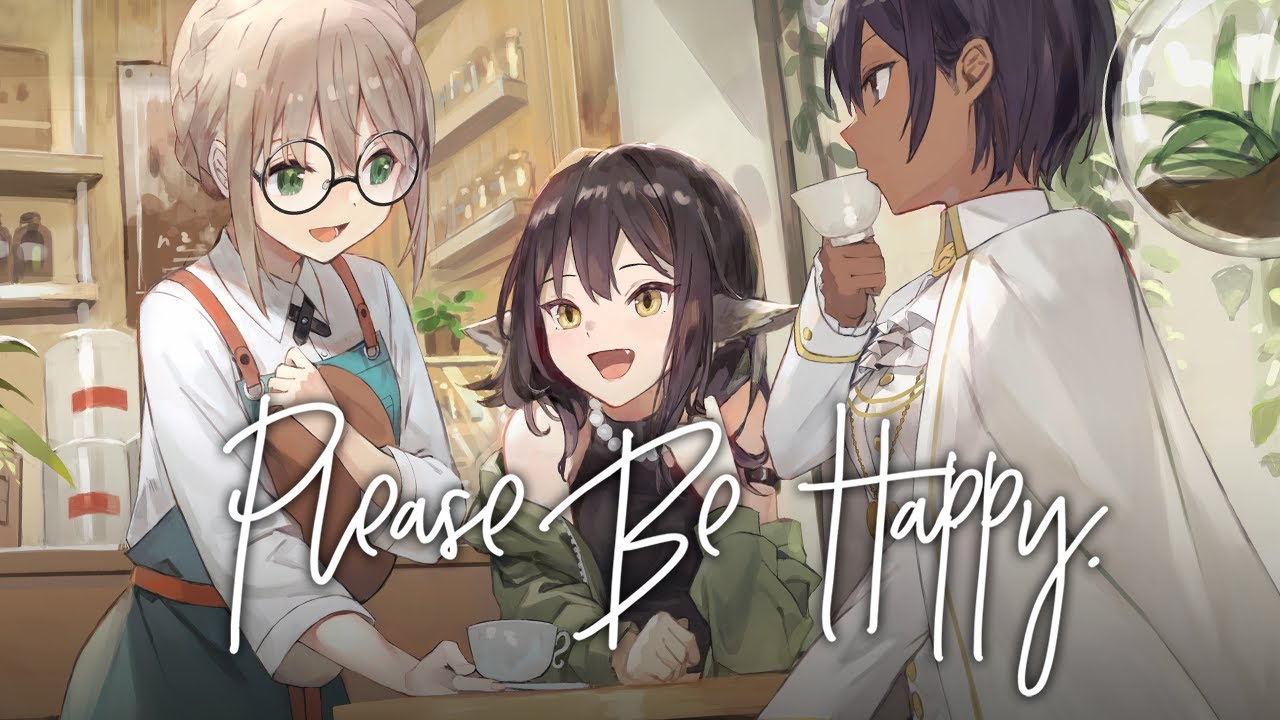 “I love being a fox!” and immediately the trailer showed a foxgirl making out with a different anthropomorphic girl. That’s the opening for Please Be Happy’s showcase in the Wholesome Games E3 block, and you know what? Yuri visual novels in the Wholesome Games! That owns! Let’s go! No more information needed, thank you Wholesome Games for repping art. It’s Studio Élan, so if you know… you know. 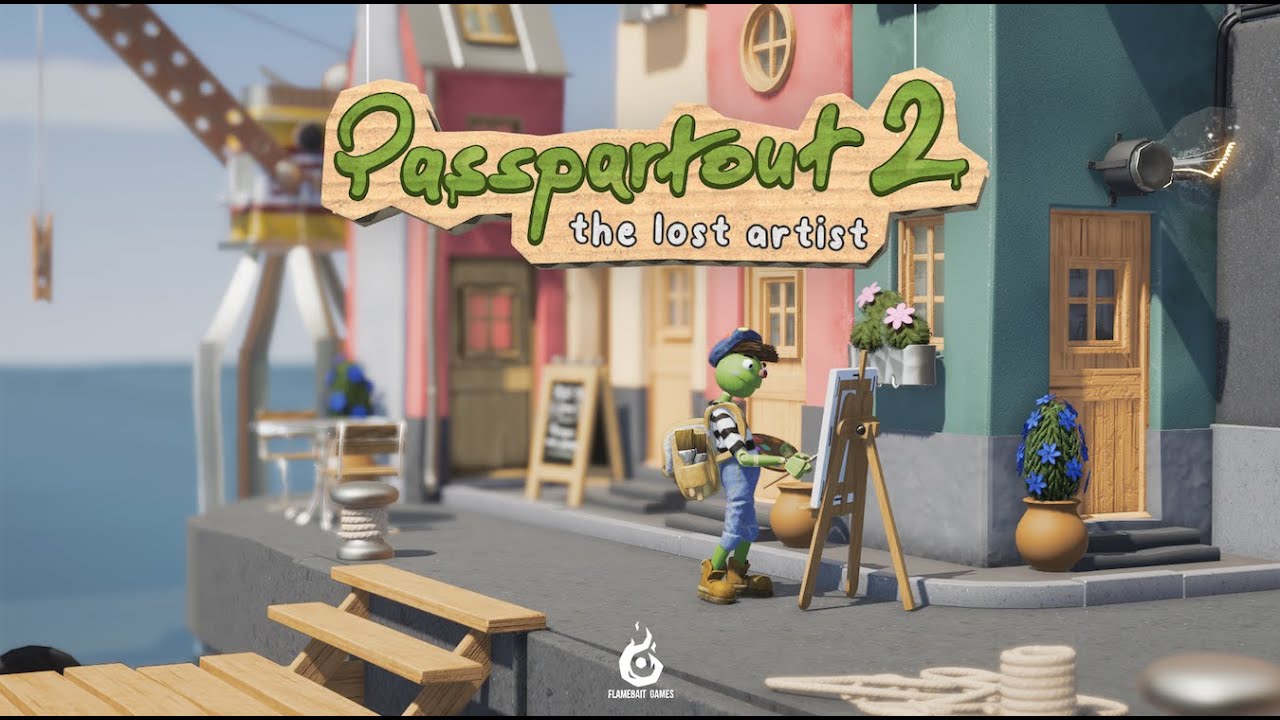 Art is pain and the sequel to Passapartout: The Starving Artist is here to come back with a vengeance to remind you of that! Our Muppet-like Frenchman returns to the canvas for Passapartout 2: The Lost Artist, and they seem to be in better spirits! Not much else is known about this so far besides returning to the usual system found in the first game, but the announcement trailer leads us to believe we are in a different location (Italy? Pray tell.) where we must impress to find success. What sort of new grievances will burden our creative soul this time? 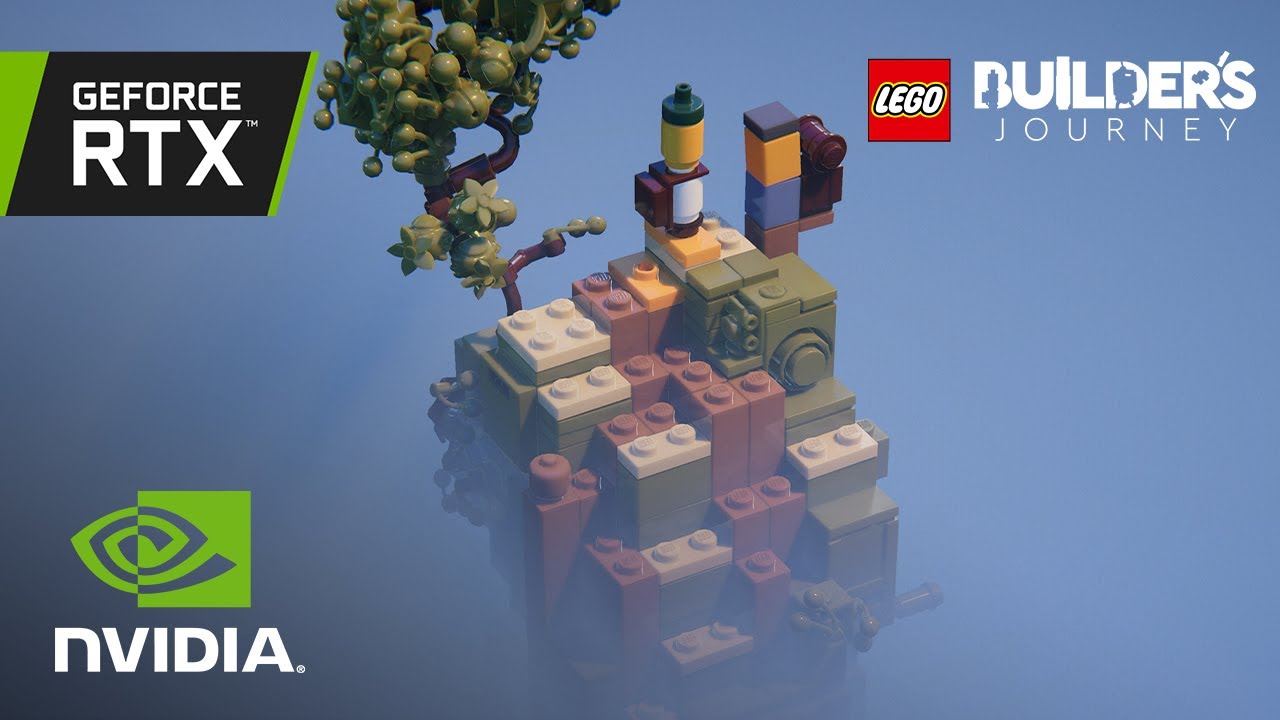 LEGO® isn’t messing around! You want extremely well-lit peg blocks going on an adventure? I didn’t know how much this was something I needed nor how much effort LEGO® was going to be putting into what looks to be a text-less adventure game where everything is expressed through simple LEGO® puzzles. It’s kinda like the Captain Toad games but with a wider opportunity space and a super special lighting system. 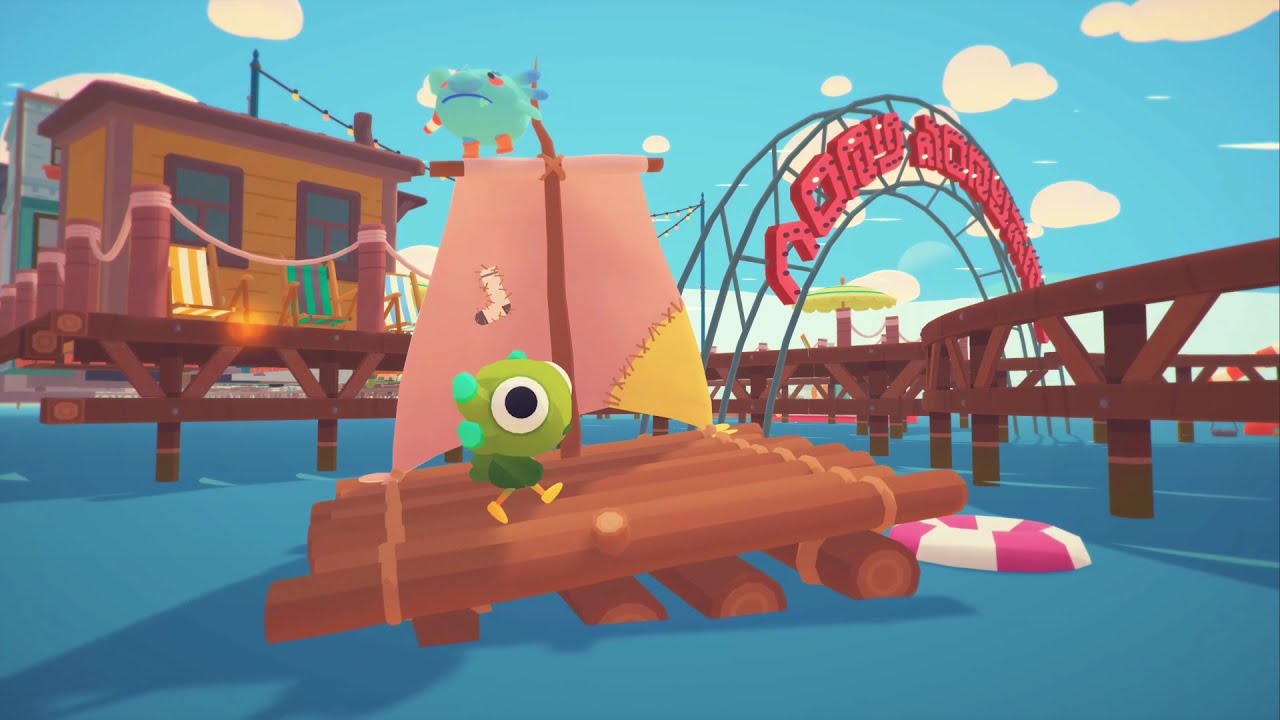 Speaking of an all-new location, the Ooblets: Port Forward update is now here! According to the official developer’s update logs, Port Forward is going to be a “pretty big departure” compared to the gameplay of the other game’s regions thus far. Following a major quality of life update as well, which included finally the ability to stack items on other furniture pieces (Take note, all life sims!), the Pokémon-like title is still technically in Early Access, and every new update is taking a huge step towards what a huge (cute) behemoth of this game will potentially become in its final release.

If you’d like to see even more games, the entire list was full of charm and love! We recommend checking out the Wholesome Games website where you can wishlist and follow and Patreon-ize and all the other indie things we need to do to support these games within their overwhelming storefront infrastructures! We all lift up together out here!