It’s not uncommon for me to find myself questioning established ideas or opinions. As a queer woman I’ve spent the vast majority of my life trying to figure out why things in the world were the way they were, and why they felt so wrong to me. Sometimes I found my answers and moved right along, like realizing what people would get out of a game like FIFA, but other times I’ve just been left with more questions. Though I’ve only more recently been involved with creating gaming criticism, it’s always been a thing that I’ve been fascinated with for ever-shifting reasons. When I was younger, it was simply to stay informed, but as I grew older and better understood my own identity, that changed. I started to appreciate the critics who analyzed these works through similar lenses as I did.

God of War is the latest “AAA” behemoth title from a major publisher to hit the scene, and it’s barreled its way to become the second highest rated PS4 title on Metacritic. God of War is heralded for its story of a father and son; it has been championed for its reinvention and evolution of its series’ historic gameplay and identity, and it’s been raved about already as one of the greatest games of the generation. When I went through to read the reviews, however, I was left asking “why?,” only to quickly find my unfortunate answer.

It’s easy for a lot of people to get defensive or belligerent over perceived slights or mishandling of subject matter they hold near and dear to their hearts, but my problem wasn’t even so much with the opinions being shared, but with who was sharing them. Mainstream gaming journalism has long had a reputation as a “boy’s club,” and if you looked at the writers for nearly every God of War review you could soon understand why. When I panned through the 40 or so reviews available upon the lift of the embargo, I noticed a nigh complete lack of writers that didn’t fit into a specific mold: A man in his late 20s to late 30s, who makes an allusion to being a father.

I should start out by saying that there’s nothing wrong with opinions by these groups being shared. Despite how easy it can be to expect similar types of responses from similar types of people, it can be just as common to be surprised at the potential for difference. Unfortunately, there will always be things that will be outside the reach of any given individual person to understand, for a whole bevy of reasons, and it’s to that end that I’ve become so frustrated with the media parade for God of War, given all that the series has ever represented.

The God of War series has typically been one that garnered the immediate praise of critics, despite its seedy undertones. It’s been praised for its hyperviolence, its magnificent set-pieces, its hack n’ slash combat and over the top absurdity. However, what it was rarely criticized for was its grotesque misogyny, or its laughably banal and offensive narratives. This shouldn’t be too surprising, as the critical nature of games journalism has only more recently come closer to the forefront – it wasn’t so long ago that reviews were being almost dictated by checklists rather than complex opinions – but it’s disappointing nonetheless. As someone who had always been put off by what the series presented, it was shocking for me to see how little representation a differing opinion had in the general consensus.

This is where my true problem with the tone of the conversation around the new God of War comes into play; it’s being largely led by a group that would never stop, or be challenged to stop, and re-evaluate the problematic aspects of this game’s heritage and message.

God of War as a series will always call to mind one specific memory, and it was exactly how I, and many others my age, were introduced to it as children. The original God of War featured a mini-game where the protagonist Kratos could have off-the-camera sex with two nameless women. Through a series of button presses, the player would elicit almost satirical moans of ecstasy from the women, all while a vase on a nearby table would slam just in case you couldn’t tell that they were fucking. Every boy I knew was CRAZY about this; non-stop conversations would be had about how wild it was, how they would have to sneak the game past their parents, or how they would have to pick it up just to see. This would have been almost excusable to an extent, the sort of relic from a bygone age of social immaturity that we’ve long grown past and evolved from, except for this. 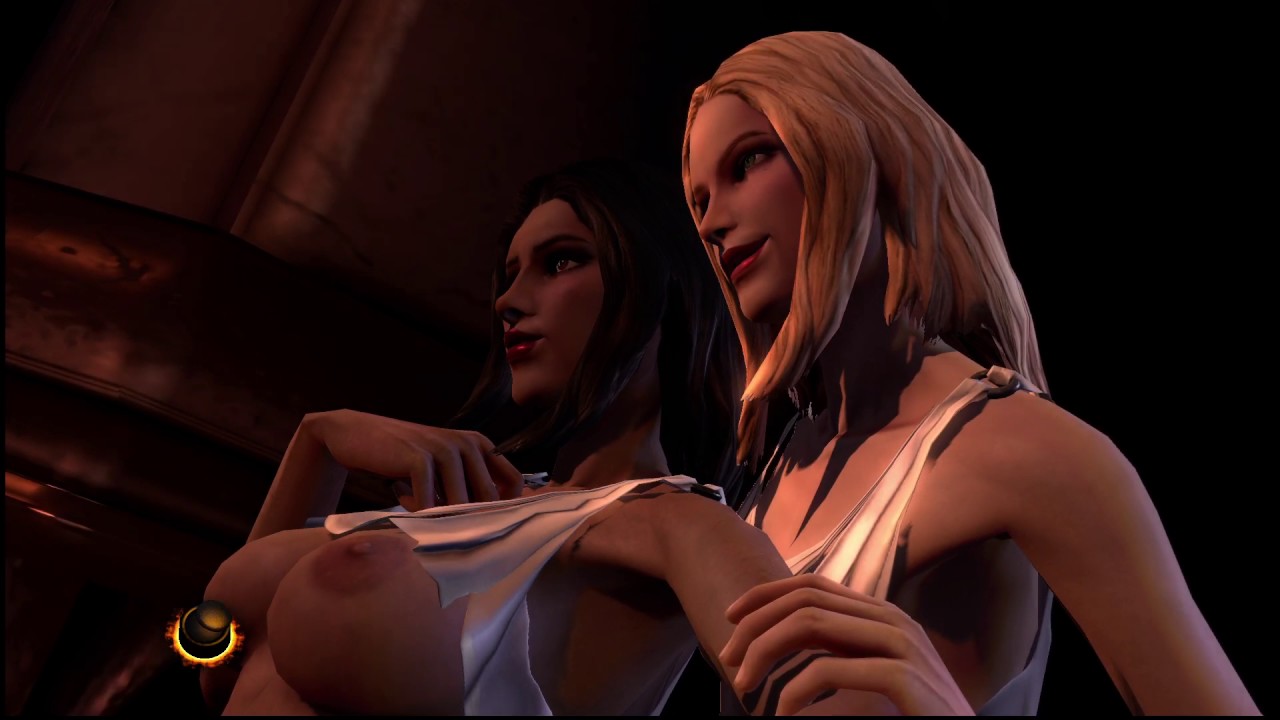 God of War 3 featured the same type of scene, this time with the goddess Aphrodite, only instead of just panning away from the bed to get past those pesky censors, the game goes out of its way to show several topless women praising Kratos for his sexual prowess. This was in a game released in 2010, one that was heavily praised and championed by several outlets as one of the greatest games of the console generation, and one that was even remastered a few years ago, to nary a peep. Instead of serious re-evaluations, or any sort of article from a major publication about how we’ve moved forward in the way games present women or violence, the improved resolution and framerate were the only talking points thrown about.

This is but one of the many problems in the God of War series: an undeniable penchant for misogyny, which goes all too often under-criticized. It is also one of the larger struggles with who and how these types of games end up receiving their press: through the lens of a cadre of heterosexual men. While this scene stands out to me and several women I know as ludicrously offensive and laughable, for most supposedly well-meaning men this sequence probably barely made a blip on their radar as they chugged merrily through the rest of their experience. This is the problem with a specific majority controlling the information spread in a form of media, and how all too often it can end up making the conversation all too one sided.

This sort of unintentional ignorance is continuously prevalent throughout the discussions of the new God of War. Hardly any of the big site reviews for God of War reference any sort of underlying social issues in the game, instead choosing to at most reference how the game used to be that old boorish violence, but is now somehow refined by Kratos’ new familial undertones. Even when any of the coverage did reference any possibly ill-conceived ideology in the game, it’s delegated to a single paragraph. Whether it be because the male writer didn’t feel comfortable bringing up these sort of topics, or because they just weren’t equipped to realize the scope of how these topics were being treated, what may have been serious qualms for some end up getting swept under the rug. This becomes a major dilemma, when these are the people who will be nearly dictating the nature of a critical conversation.

Gaming journalism has, and will probably always have, an issue with writers refusing to realize the weight and influence of their platforms. It’s not surprising that most people champing at the bit to review a God of War would be the exact type of demographic that it would appeal to, but when those are the only voices allowed to direct and dictate the conversation, it becomes less than ideal. God of War on its own would certainly stand on its own as a beacon of hypermasculinity and reinforcement of the worst types of behaviors a man could aspire to; it’s a first party Sony game released alongside multi-million dollar ad campaigns, after all. However, God of War now has all of its bases covered, thanks to a broadly positive perfect storm of praise that those high numbers on Metacritic represent and further enable.

Any of these opinions on their own would’ve been fine, too. If people praise something, they generally have a reason to, but the praise is now all that’s ever allowed to be heard in this atmosphere. Even if there ends up being an aspect of critique to these reviews, they very rarely focus on the types of issues that need to be discussed, instead limiting the judgements to just gameplay, or just visuals. It’s this lack of evaluation that underpins the real failing of media outlets with God of War: because whether or not the game is truly offensive or not would never even be under consideration.

Once a consensus is born from a collection of many like-minded opinions, it’s hard for any sort of counter argument to claw its way back up to relevance, especially when the subject matter is something like that of GoW. GoW has trumpeted its masculinity throughout the past decade and a half, whether it was the misogyny and hyperviolence of the original trilogy, or the new “Dads will hurt you and they have their own deep reasons for doing so” brand of masculinity that has started to seep into the plots of many games recently. When the series gets continuous rave reviews upon every release, the entire industry continues to perpetuate this ideology, that this is the correct way to think, knowingly or not.

Plenty of consumers aren’t especially keyed into the world of gaming journalism either, so when they hear that something has gotten rave reviews, with some heralding it as the “Game of the Generation,” they think it’s the type of thing they have to pick up. I myself remember falling prey for the same sort of ignorance; when I was younger I purchased Grand Theft Auto IV three separate times, selling it off each time because I couldn’t get into it, but feeling the need to keep giving it shots because of the culture of “hype” around it. The way that this culture perpetuates the same few permutations of praise can lead people to believe that things are more important than they are, and cease thinking critically about their purchases.

The fact that there can’t be any deeper criticism that really digs into what a game can represent or mean around a game’s launch can be largely attributed to embargo restrictions and rushes, surely, but that’s not the sole reason that this hyperbole is wrought. If we truly want to create an environment where games can learn and evolve past their failings, we must be open to letting our criticisms diversify, even if it meant letting someone review the title who is not necessarily as invested in what a game series is about or known for. Though it might seem frustrating or possibly open the door for potentially weak criticism, I’d rather have an environment where even those universally acclaimed games have a little more ideological challenge, and where the conversation can harbor more than a couple regurgitated ideas at a time.